Stereolab have been on hiatus since 2009, but their appearance on recent lineups like Primavera Sound and Desert Daze hinted that 2019 would mark a return for the avant-pop group. Today, the London-based band’s comeback has been confirmed, as they’ve announced a full tour that includes their first North American trek in 11 years, in addition to an extensive reissue campaign series.

The upcoming outing launches May 30th and runs all the way until the end of October. Stereolab are scheduled to hit the UK and Europe first, with shows slated in Paris, Manchester, Leeds, and Dublin, along with previously announced festival sets at Best Kept Secret and Green Man Festival.

As for the band’s North American leg, it begins in September and features stops in Montreal, Toronto, Detroit, Denver, and Salt Lake City. Also on Stereolab’s itinerary are Phoenix, Portland, Vancouver, and back-to-back gigs in both San Francisco and Brooklyn. Get tickets here.

In addition to the live comeback, 2019 will see Stereolab reissue seven of their albums, beginning with 1993’s Transient Random Noise-Bursts With Announcements and 1994’s Mars Audiac Quintet on May May 3rd. Emperor Tomato Ketchup, Dots and Loops, and Cobra and Phases Group Play Voltage in the Milky Night will follow in August, while Sound-Dust and Margerine Eclipse are scheduled to hit shelves come November.

All reissues were remastered from the original tapes by Bo Kondren at Calyx Mastering and overseen by Tim Gane. Available on vinyl, CD, and in digital form, each reissue will come packaged with alternate takes, four-track demos, and unreleased mixes.

Check out Stereolab’s full tour schedule below. Head to their official website for pre-sale info and more details on their upcoming reissues. You can also get tickets here. 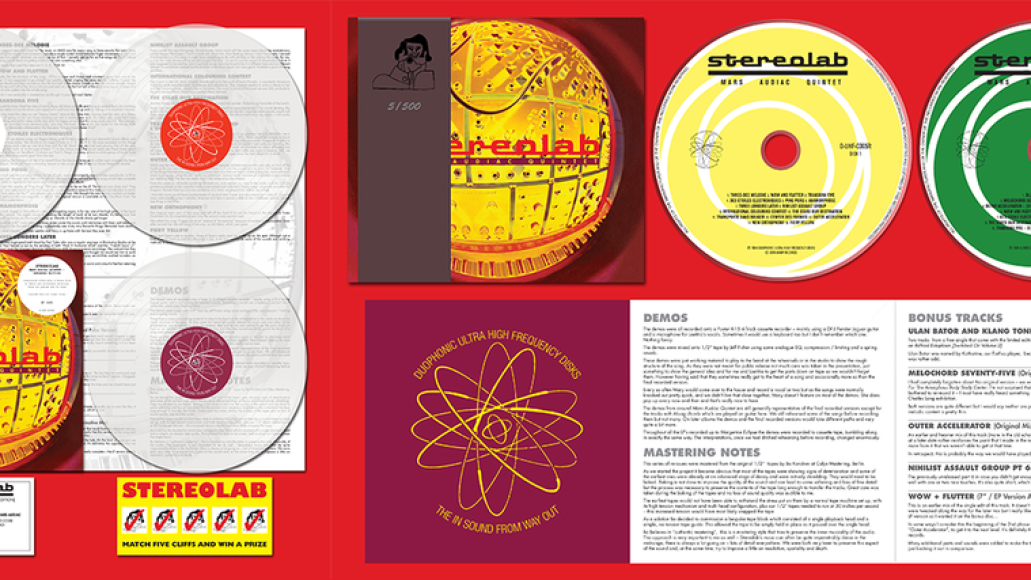 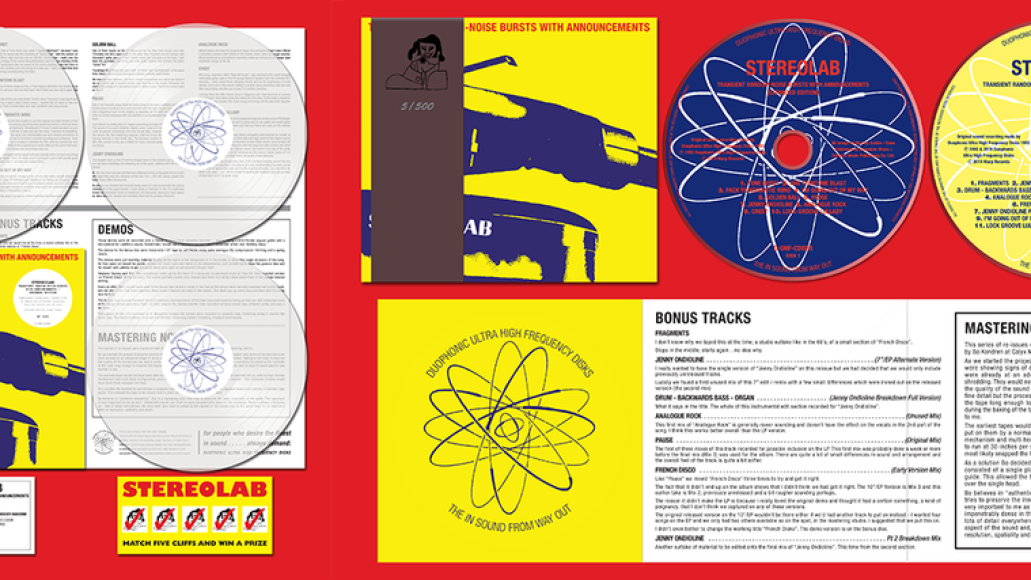 Stereolab’s last full-length, Not Music, was released back in 2010. Revisit its opening track, “Everybody’s Weird Except Me”:

Pick up the band’s other releases on vinyl over on ReverbLP.