Over the weekend, it was reported that The National have finished recording and mixing their follow-up to 2017’s Grammy-winning Sleep Well Beast. The band has indeed been teasing fresh material live for awhile, and fans may be able to get a close-up taste of the new songs when Matt Berninger & co. return to the road for a newly revealed series of intimate tour dates.

Under the banner “A Special Evening with The National”, five shows have been announced for April. The concerts will span the globe, with performances taking place in Paris, London, New York City, Toronto, and Los Angeles. The intimate gigs come ahead of a run of EU gigs and summer festival appearances including Bonnaroo, Spain’s Mad Cool Festival, and Pukkelpop in Belgium.

Tickets for the North American shows go on sale March 2nd at 10:00 a.m. local time, with European on-sale launching March 4th. More information can be found at The National’s website, and you’ll also be able to buy tickets here. Find the band’s full itinerary below. 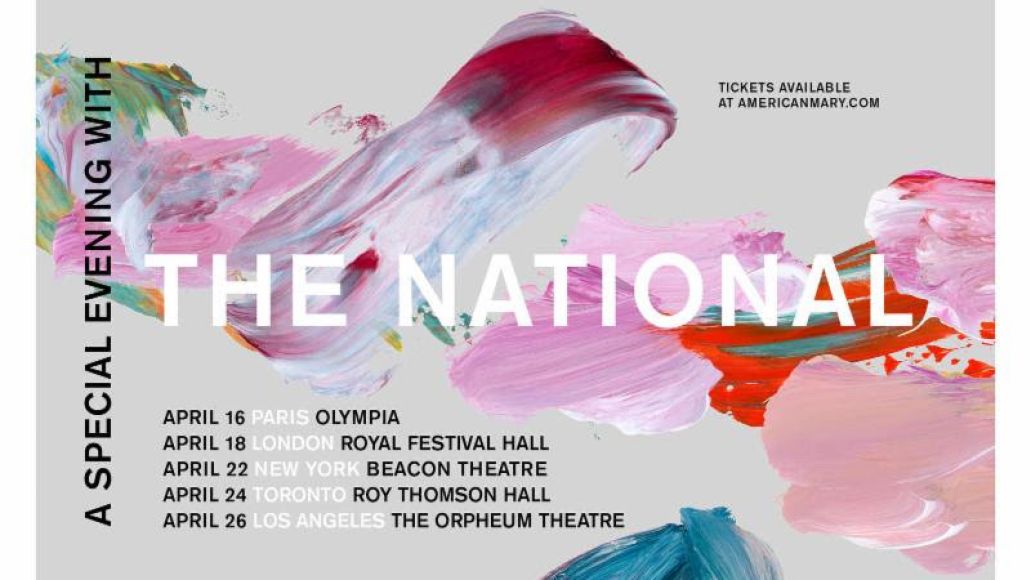 In related news, March 4th brings the launch of a new podcast analyzing the music of The National. Season one of Coffee & Flowers covers the making of Boxer and includes interviews with Berninger, guitarist Aaron Dessner, and others. You can listen to a short preview and subscribe to the full 14-episode season here.

Snag some vinyl from The National at ReverbLP, and revisit Aaron Dessner’s recent appearance on Kyle Meredith With… below.