The Pitch: The third season (or 52nd, if you’re looking within the show’s universe) of IFC’s Documentary Now! sees host Helen Mirren introducing a new crop of bold, probing documentaries about the human condition. “Batshit Valley” (Pts. 1 & 2) is a double-length take on Wild Wild Country, in which a town is terrorized by a mysterious sex cult (led by Owen Wilson) that preaches free love and mild stretching; “Co-op: Original Cast Album” is a DA Pennebaker-style fly-on-the-wall chronicle of the cast of a Sondheim-like musical recording their cast album the day the show closes; “Waiting for the Artist” is a portrait of a Marina Abramovic-like performance artist (Cate Blanchett) crafting her magnum opus; “Searching for Mr. Larson” is a self-made doc about an obsessive Far Side fan (Fred Armisen) seeking a meet with its infamous creator; “Long Gone” is a sobering look into the mystique of a Chet Baker-like musician (Armisen); and “Any Given Saturday Afternoon” follows a revival of professional bowling and the three larger-than-life personalities (Michael C. Hall, Bobby Moynihan, Tim Robinson) that made it happen.

The Artist is Present: Documentary Now!, as show co-creator Seth Meyers once put it, is “a show for so few people” — more than just a series of mockumentaries, Documentary Now!‘s mission statement is to find specific documentaries to lampoon, which runs the risk of making the docs too in-jokey, the references too esoteric. To the show’s immeasurable credit, Documentary Now! is far from a list of in-jokes; even if one hasn’t seen Marina Abramovic: The Artist is Present, for instance, Meyers’ script for “Waiting for the Artist” builds its own little world of insular, egotistical performance artists and the lengths to which they will go to settle scores through big showy pieces. One doesn’t have to have heard of Abramovic herself to envision people like Abramovic, Blanchett’s Izabella Barta functioning as a hilarious performance on its own even without that framework.

Even when the show isn’t sending up specific docs, their style parodies are often still top-notch. Take this season’s “Searching for Mr. Larson”, a parody of our new age of crowdfunded docs, in which anyone with delusions of grandeur and a fanbase to exploit can get thousands of dollars of Kickstarter money to chase their dream. Bill Hader and Duffy Boudreau’s script cuts right to the heart of the self-deluded ego of a lot of GoFundMe filmmakers, Armisen’s man-child abandoning his pregnant wife to obsessively track down a subject who never agreed to be filmed for the doc. The results are cringe-comedy heaven, as Fred’s clueless dope quickly gets sucked into the idea that people are clamoring for an interview with the guy who drew the Far Side comics, constantly comparing his struggle with Far Side comics in increasingly tangential ways. (The Far Side animations, with their zooms and modest After Effects movements, feel ripped from any of a million low-budget docs.)

Wild Wild Country: Of course, as with any anthology series, some episodes will be stronger than others, and Doc Now!‘s third season is no exception. The season opener, “Batshit Valley”, functions well enough as a style parody of Wild Wild Country, with its ominous, crisply-filmed talking head interviews and period-appropriate news footage, complete with a Connie Chung cameo. However, the drollness of its delivery may work only for people dedicated to a certain kind of anti-humor. It’s still a wonderfully dry take on long-form, serialized docuseries, aided by Michael Keaton‘s delightfully intense FBI handler, but it just falls victim to stronger episodes in the season.

The same goes for “Long Gone”, a handsomely-presented take on Bruce Weber’s 1988 doc Let’s Get Lost that offers one great broader joke (what if Chet Baker ended up becoming a hit in an obscure totalitarian Eastern European country, his jazz music used to facilitate war crimes?) and little else. Music mockumentaries are nothing new — hell, Spinal Tap kicked off the whole genre 30 years ago now — and “Long Gone” doesn’t do much beyond giving Armisen a chance to play his patented clueless dweeb, this time behind a mustache, leather jacket, and guitar. Documentary Now!‘s least effective episodes are rarely ever complete duds, but they usually have the conceptual heft of your average Portlandia episode.

In Good Company: Despite these mild hiccups, this season also delivers Documentary Now!‘s funniest, most rewatchable episode of the series yet in “Co-op: Original Cast Album”. A pitch-perfect parody of Pennebaker’s documentary about the cast recording of Company, “Co-op” is a giddy celebration of the egos and excesses of Broadway personalities, the overwhelming patter of Sondheim musicals, and the grainy, fuzzy vibrance of ’70s docs in equal measure. Written by Meyers and John Mulaney, “Co-op” is breathlessly addictive, as its cast of disheveled ’70s personalities belt their way through one impeccable Sondheim parody after another. From Richard Kind‘s literally breathless patter song about tipping your doorman, to Hamilton star Renee Elise Goldberry struggling to follow playwright Simon Sawyer’s (Mulaney) note to rhyme “tuned” with “ruined”, to Paula Pell as an Elaine Stritch-like battleaxe grinding through hours of takes to get her wish song right, don’t be surprised if the actual cast album of this episode ends up becoming a cult hit.

The Verdict: Whether lampooning big-budget portraits of prominent figures, or the sheepish self-importance of the one-man doc, Documentary Now!’s obsession with recreating the aesthetics and affects of its subjects continues to impress. Season three has its ups and downs, but even its lesser entries are still amusingly idiosyncratic explorations of their source material. The show’s crop of documentaries grows increasingly more obscure — casual doc fans may only be familiar with the melodramatic true-crime rhythms of Wild Wild Country — but that’s the beauty of the show. For Documentary Now!‘s finest hours (“Co-op” and “Waiting for the Artist” included), the material is fresh and accessible enough that you all but feel you’ve seen the original doc anyway. 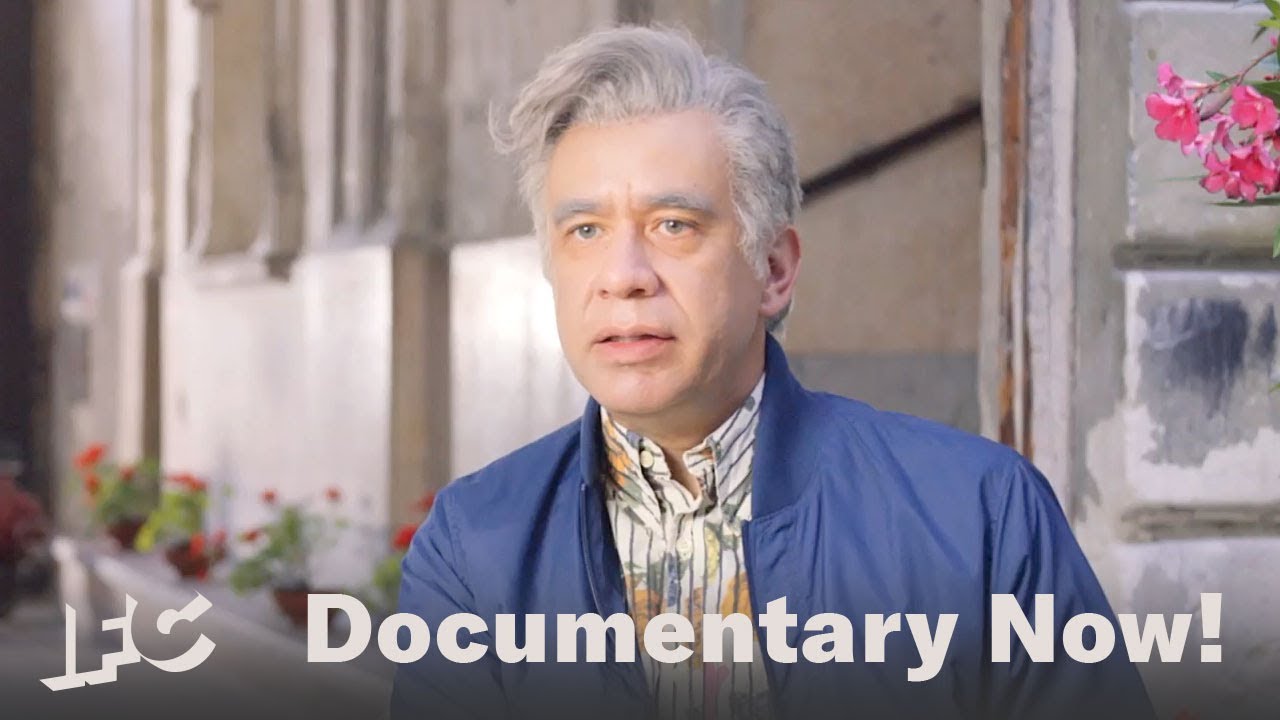