Nobody knew it’d take this long. When we all finished bingeing the second season of Stranger Things, very few could have guessed it would take nearly two years to get another season. But, here we are, 17 months removed from that spooky Halloween weekend, and waiting patiently to return to Hawkins, Indiana, for a summery third season.

For months now, creators Matt and Ross Duffer have slowly been teasing out the details surrounding their next chapter, and the cast has seemingly followed suit. Through various interviews and random convention appearances, we’ve gathered that this season will be darker, but also lighter, and yet somehow the grossest entry to date.

As confusing as that may be, it checks out, especially given the Duffers’ range of pop cultural influences going into Season Three. John Carpenter’s The Thing, the works of David Cronenberg, George A. Romero’s Dawn of the Dead, and even Chevy Chase’s Fletch have all been cited over the past year, sending fans into Theory Mode.

Now that we finally have the first official, full-length trailer, a lot of those theories are carrying some weight for this teenage wasteland. Summer in Hawkins may look pretty at first glance, but honey, you got reaaaal ugly upon closer look. Ahead, you’ll find 11 theories and observations that should catch you up ahead of the season’s July 4th premiere. 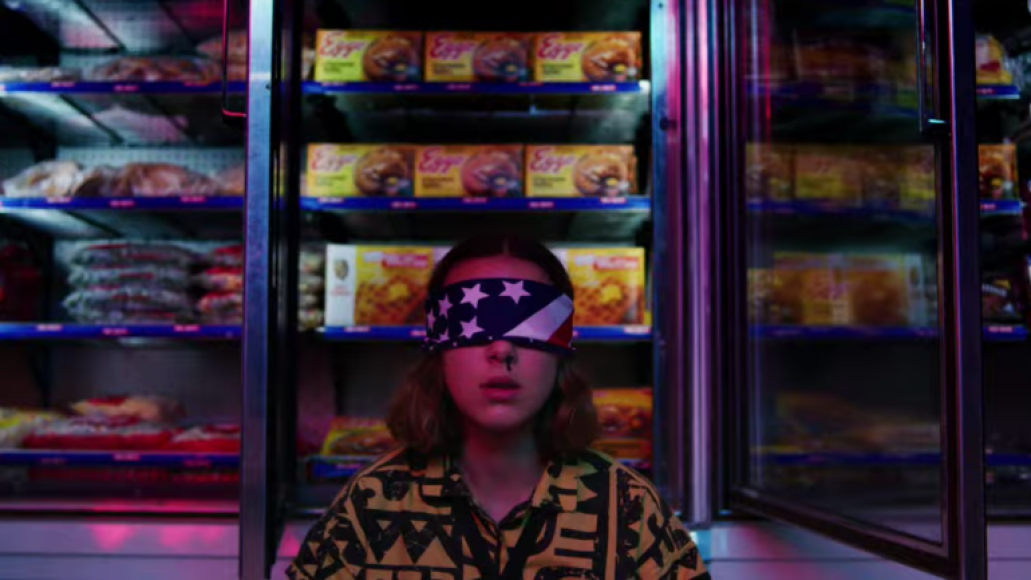 The less said about Season Two’s “The Lost Sister” the better, but most would agree it added some depth to Eleven (Millie Bobby Brown). Sure, the episode’s supporting cast looked like a bunch of Playmates action figures circa 1990, and the production value was complete garbage, but we arguably walked away with a better grasp on where Eleven came from and how said history will inform her character going forward.

Well, that time is now, and it looks as if our favorite Hawkins Lab escapee still has some baggage to sort through. We see in the trailer that she’ll be heading back into the void of her mind — surrounded by Eggos, no less — and that she’s plunging through that dark water again. It’s very possible that her past with Dr. Martin Brenner (Matthew Modine) may come back to haunt her and everyone in Hawkins.

And that leads us to being… 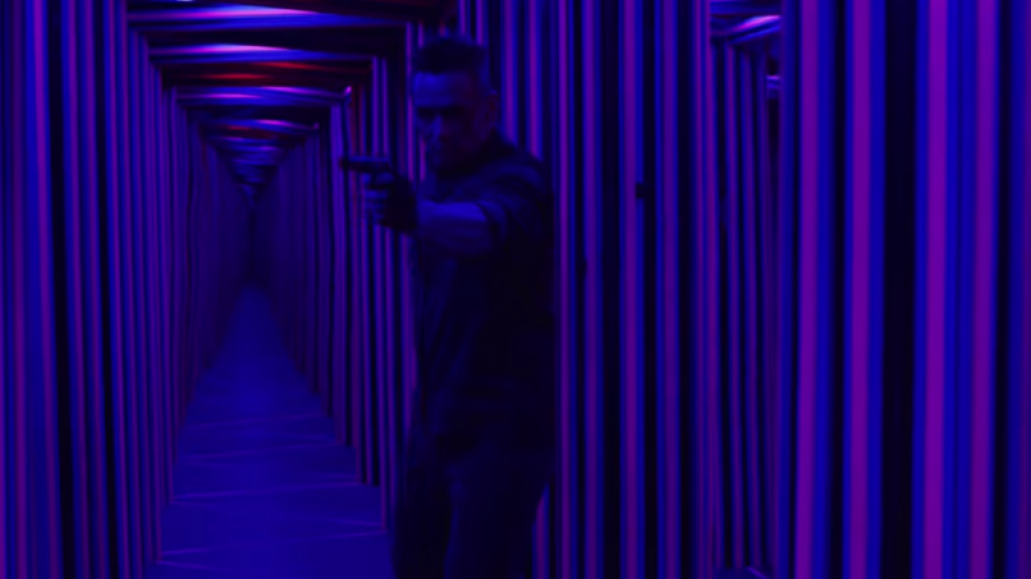 In the original Starcourt Mall teaser trailer, you could see copies of The Hunt for Red October on the bookshelves at the mall. But, here’s the thing: Tom Clancy’s blockbuster espionage thriller came out in October 1984, and this is Summer of 1985. If anything, Stephen King’s Skeleton Crew would be on the shelves, which is why that inclusion was hardly mere coincidence. No, we’ve got a Red Dawn on the horizon.

Which, honestly, would make sense, and not just because it’s the ’80s, and we hate Russia, Ivan Drago, and all that nonsense. No, this all goes back to Eleven and why she was being experimented on in the first place. If you recall, good ol’ Brenner was trying to use her psychic abilities to spy on a Russian agent, and it would appear in the new trailer that Mother Russia sent some of their Moscow Muscle.

That’s probably why the kids are trying to… 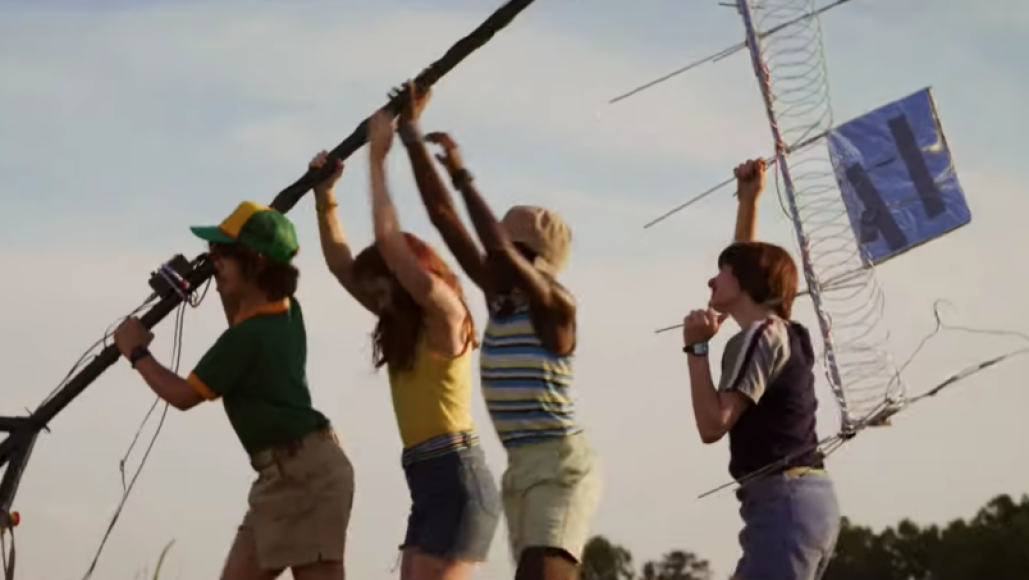 From the very first scene of the series, Stranger Things has been aping Steven Spielberg’s E.T., and that continues into Season Three. As we can see above, Dustin Henderson (Gaten Matarazzo), Max Mayfield (Sadie Sink), Lucas Sinclair (Caleb McLaughlin), and Will Byers (Noah Schnapp) are setting up what appears to be a satellite. Perhaps they got some intel that suggests Russian influence? Maybe extraterrestrial?

Then again, maybe they caught a screening of Joe Dante’s Explorers, which happened to open up that summer. Or perhaps they were majorly influenced by Doc Brown’s experiments in Back to the Future, which also hit theaters that summer. Given their past history, that doesn’t seem likely, which leads us to believe that the kids are well aware of some type of invasion going on, even if their might be a civil war amongst ’em. 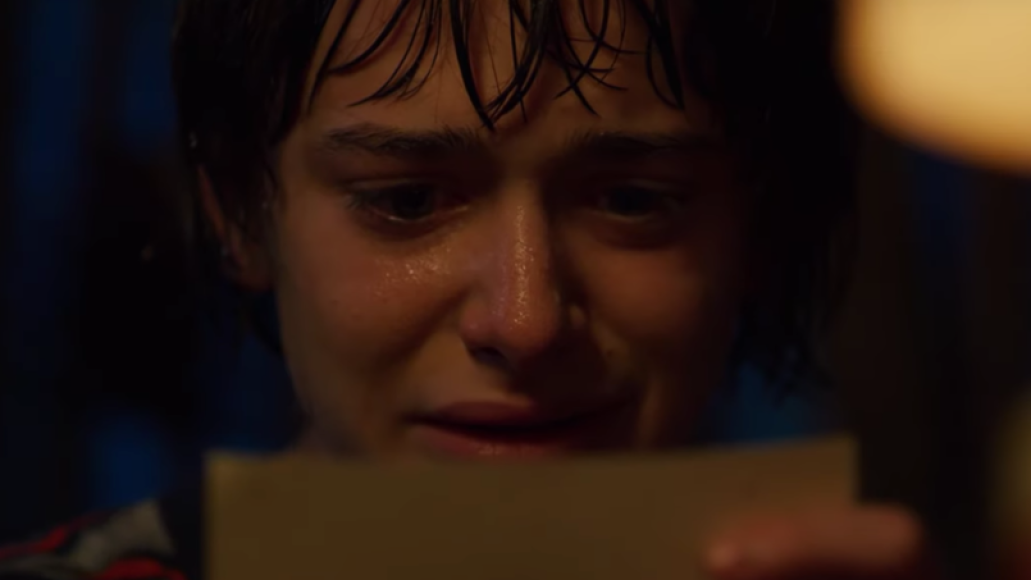 To paraphrase another song from The Who, the kids aren’t alright this season. “We’re not kids anymore,” Mike Wheeler (Finn Wolfhard) says. “What did you think? We’re just going to sit in my basement all day and play games for the rest of our lives.” The Duffers have said this will be a summer of growing up, and clearly, this will be hard on Will, as we see him shedding tears while shuffling through old photos of the gang.

Fortunately for them, for Hawkins, and possibly for us, they’re not the only kids on the block. As previously confirmed, Lucas’ sister Erica (Priah Ferguson) will have a substantial role this season, and that’s also hinted at in the trailer as we see her going full McClane. That’s not all; we also see her at the mall with Steve Harrington (Joe Keery), Dustin, and Robin (Maya Hawke), which seems to suggest the team will be split. 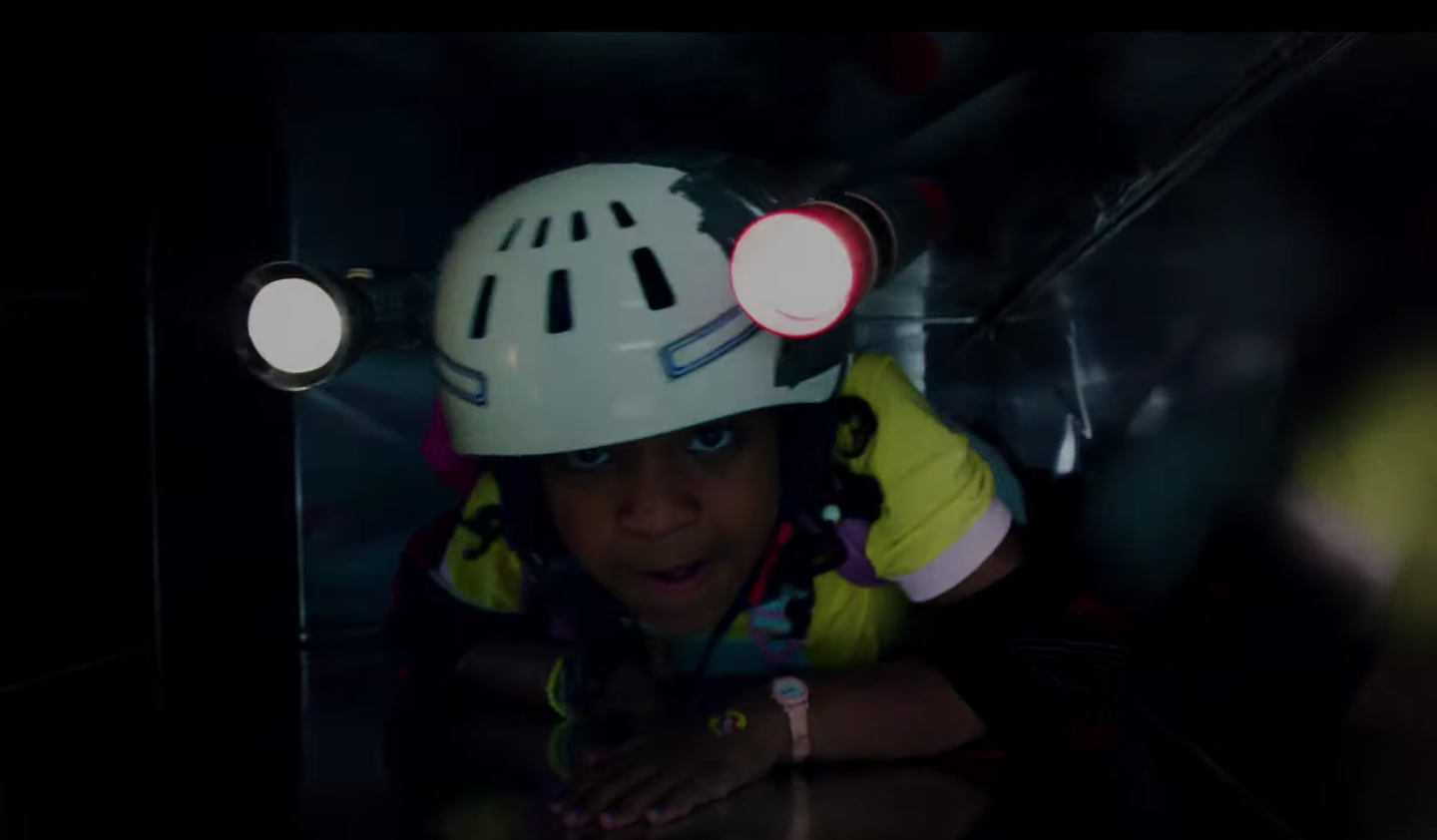 Of course, at the end of the day, they all phone… 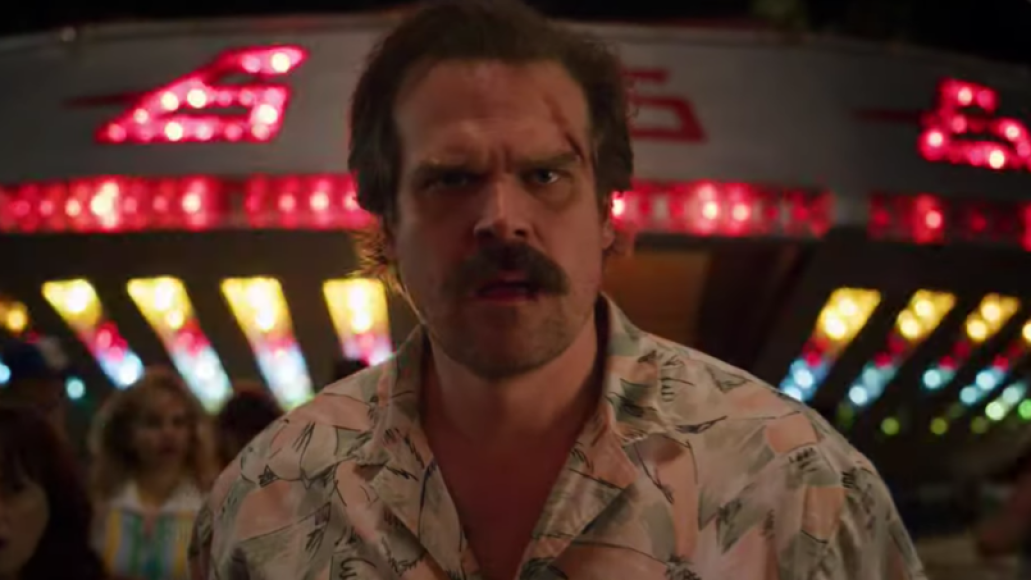 For two seasons, Jim Hopper (David Harbour) has been the Indiana Jones to the Hawkins’ Short Rounds, providing the right kind of muscle to get shit done. (So has Steve, but we’ll get there. Please.) So, if they got wind of any kind of Russian influence, or any new presence from the Upside Down, the caffeinated, contemplative Sheriff would be the first person they’d ride their bikes to looking for answers.

(On a side note, he’s also gone full Magnum P.I., though unlike Tom Selleck, he appears to be dining alone these days. Based on the quick glimpses, one might glean that things didn’t exactly fare well between he and Joyce Byers (Winona Ryder). But, hey, maybe not.)

Based on the trailer — and those wounds — shit goes down for Hopper at the town fair, which is also where the aforementioned Moscow Muscle appears to be in one scene. Strike that. Not appears. That’s where he is. Because if you look closely, Hopper later appears to have snagged away the foe’s silenced weapon, which not only confirms he’s on the case, but well aware of the Ruskies.

Of course, he also could have gotten his intel from… 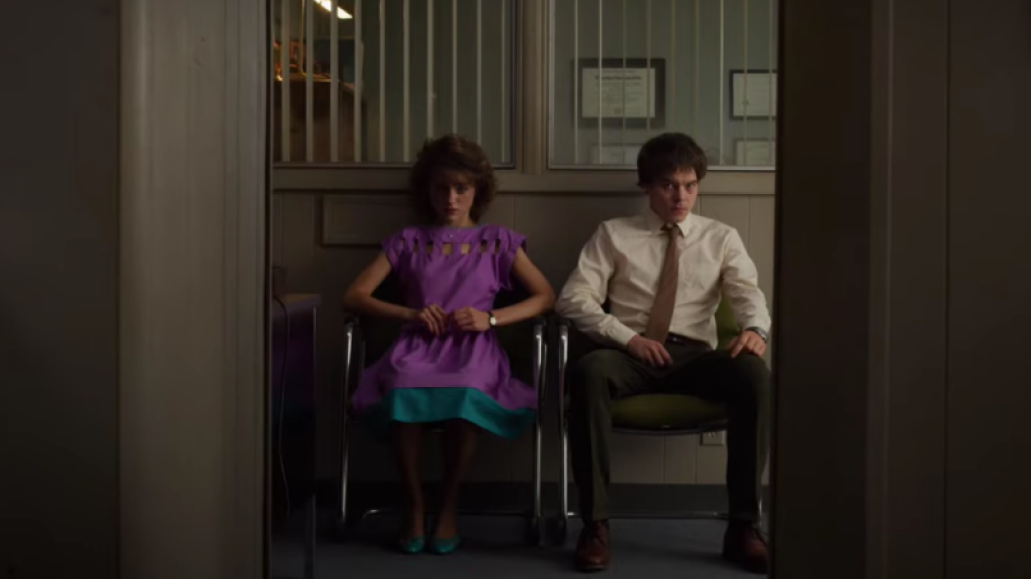 Despite a cute reference to Temple of Doom, Jonathan Byers (Charlie Heaton) and Nancy Wheeler (Natalia Dyer) were a tad marginalized in Season Two. If we’re being honest, they mostly served as elemental exposition with the Duffers funneling the key details of what was going on through their hush-hush romance. Now, they seem to be taking their investigative romance team public at The Hawkins Post.

That’s why it might not be the kids who stumble upon the clues, but Jonathan and Nancy. After all, it would make perfect sense. One holds the gun, the other takes photos; it’s a solid team. And with Steve outta the picture — again, more on Steve, just wait — they don’t really need to act like they’re in an episode of Moonlighting anymore. They can just cut right to the chase. Bada bing, bada boom.

Even better, as we can see in a blink-and-you’ll-miss-it cameo in the trailer, their fellow journalist Murray Bauman (Brett Gelman) is still around. So, expect another wild goose chase with Nancy and Jonathan, though, this time it’ll certainly be more of a chase… 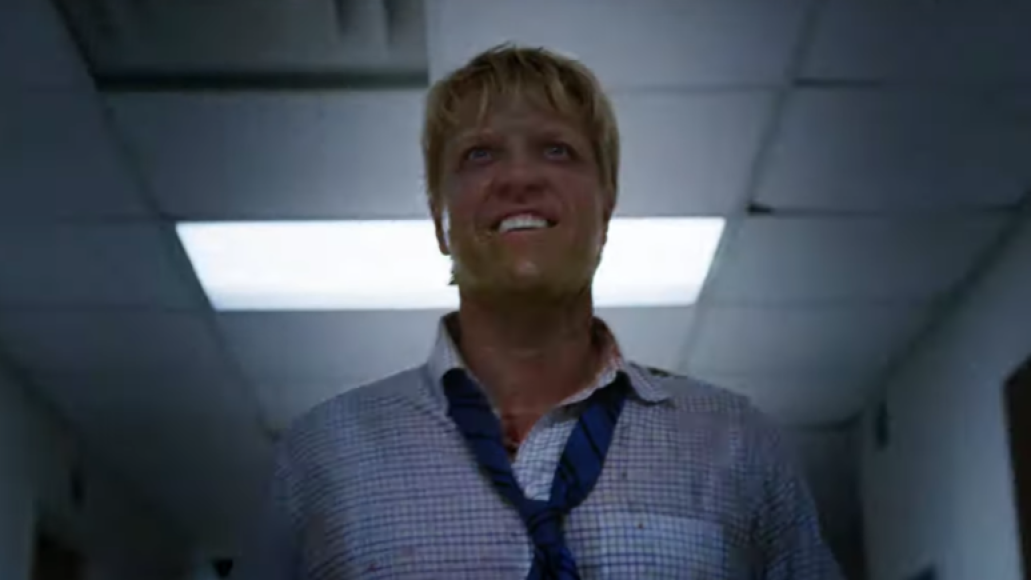 One of Hawkins’ newest faces is a disgruntled reporter named Bruce (Jake Busey), who will most likely be a thorn at the side of everyone, but especially Nancy and Jonathan. Without leaning too hard on typecasting, Busey isn’t exactly hero material — save for Starship Troopers, of course — and given his manic demeanor, one might be right in taking an educated guess that his presence is hardly good news.

Seriously. Look at that face. It’s like he’s been possessed — and he’s not the only one. 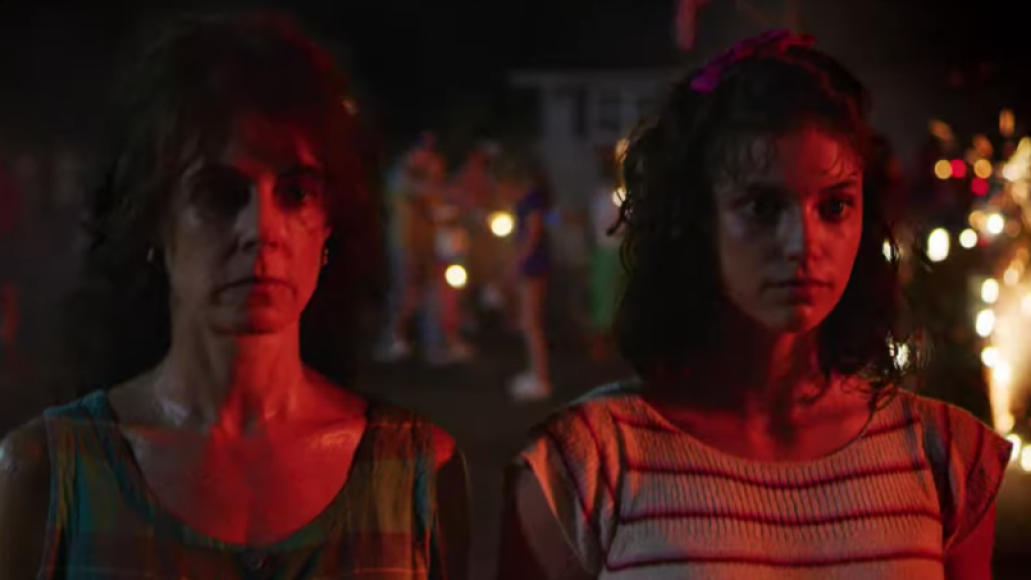