In a time before the Fellowship of the Ring, the Destruction of Lake-town, or the Battle of the Black Gate, the greatest civilization of man was centered on the island of Númenor. Now, fans of J.R.R. Tolkien’s epic fantasy legend will get to witness the lost kingdom for the first time ever, as Amazon Studios has revealed its long-in-the-works Lord of the Ring series will be set during Númenor’s zenith, the Second Age.

We’ve known for some time that the show would take place prior to the events of The Hobbit and The Lord of the Rings, but that left millennia of Tolkien lore as possibilities. Amazon has been teasing the setting by releasing a series of maps via social media, playing off Tolkien’s own saying that he “wisely started with a map” while planning his Middle-earth saga. On Thursday, the final piece of the geographic chart was shared, revealing Númenor and the phrase, “Welcome to the Second Age.”

Welcome to the Second Age: https://t.co/Tamd0oRgTw

For those not completely versed in the Tolkien legendarium, the Second Age is the 3,441-year period before the stories most of us associate with LotR, those of hobbits and the rise of Gondor and the like. Though there are only sparse tales directly set in this time, the Second Age saw the Dark Lord Sauron forging the Ring of Power, the elves founding Rivendell, and the rise and fall of Númenor.

Mentioned in myth throughout LotR, Númenor was said to have been gifted to man by the Valar, the equivalent of the angles in world of Middle-earth. The kingdom become the hub of humanity, but as its inhabitants grew more powerful, they became greedy for power and immortality. When they defied the Valar and Eru Ilúvatar (God), Númenor was sunk back into the oceans, much like Atlantis.

As previously reported, Amazon has tasked JD Payne and Patrick McKay with heading up this geeky web of stories. Rumor has it that they’ll have five seasons and $1 billion to tell their tale. We don’t yet have any casting or release announcements, but you can look at the full Middle-earth setting below. 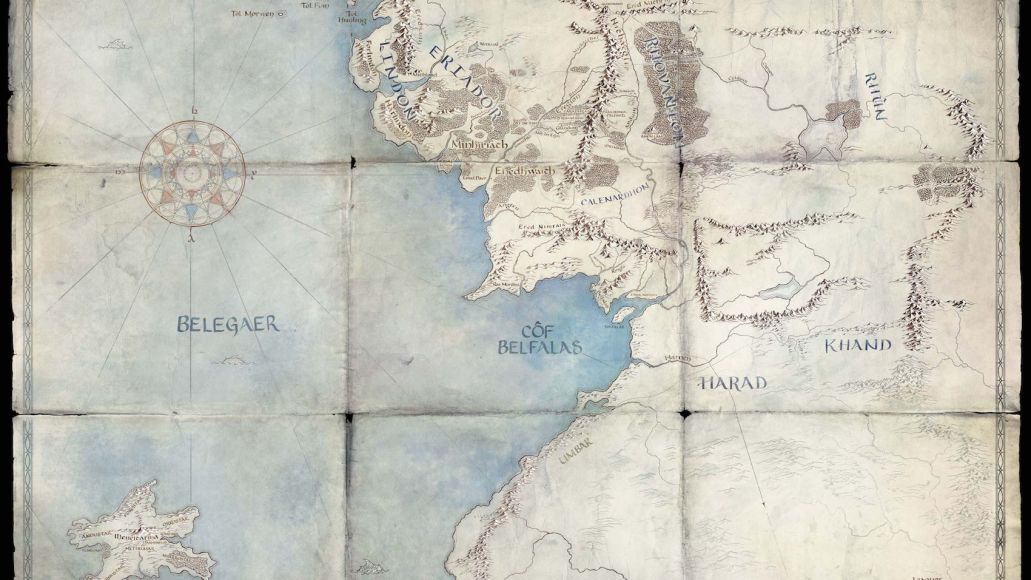