Sweden’s Amon Amarth will return with their 11th full-length album, Berserker, on May 3rd via Metal Blade. The follow-up to the 2016’s conceptual Jomsviking will include 12 tracks, and the band has shared the music video for the heavy lead single, “Raven’s Flight”, which has a deeper, sludgier sound compared to the melodic metal of their previous album.

The video was directed by Roboshobo and is the first in a trilogy that romanticizes a night on the road for Amon Amarth. During this first chapter, the band pulls up the venue for an eventful soundcheck that literally evokes images of Valhalla and Norse mythology. What begins as a performance video — drummer Jocke Wallgren’s Viking ship drum riser is a highlight — ends with flashbacks to epic war sequences and the tale of the ‘Berserkers’, with ex-UFC fighter Josh Barnett as “The Beserker” and WWE wrestler Erick Rowan as “Thor”. The to-be-continued ending hints at further singles and videos to complete the trilogy and further expands the lore behind the band.

Beserker was recorded in Los Angeles with Jay Ruston (Anthrax, Stone Sour) producing and engineering. To perfect the recordings and their performances, Amon Amarth recorded numerous professional demos of the songs with Peter Tägtgren and then later with Ruston himself prior to laying down the tracks properly in L.A. The result is “Amon Amarth 2.0” said vocalist Johan Hegg. “Raven’s Flight” has a driving low end and a death-metal vocal style that recalls the band’s older material, with Ruston’s production there to capture the performances in all their heaviness.

“I think what we’ve done here is give ourselves the space to explore other parts of our musicality and who we are as a band,” Hegg said. “If you’re content with where you’re at, what’s the point of continuing? We always want to come up with new ideas and find new ways of doing things and to create bigger and better shows and really try to improve every aspect of what the band is.”

Hegg added: “We want to try to keep growing and to do this for as long as we have the possibility to do so, because this is the best fucking job in the world.”

Pre-orders for Berserker are available here. 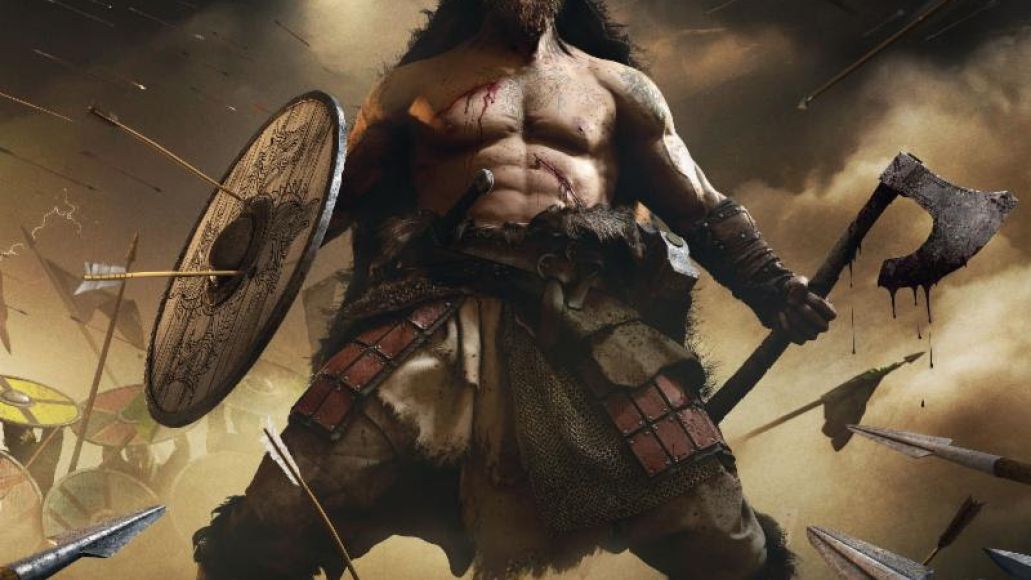 Berserker Tracklist:
1. Fafner’s Gold
2. Crack the Sky
3. Mjölner, Hammer of Thor
4. Shield Wall
5. Valkyria
6. Raven’s Flight
7. Ironside
8. The Berserker at Stamford Bridge
9. When Once Again We Can Set Our Sails
10. Skoll and Hati
11. Wings of Eagles
12. Into the Dark

In support of Berserker, Amon Amarth be on a blockbuster North American tour alongside Slayer, Lamb of God, and Cannibal Corpse starting May 2nd. Get your tickets here.