Anderson .Paak has divulged some vital details regarding his new album, Ventura, due to drop April 12th via Aftermath Entertainment.

Additionally, .Paak revealed the Ventura album cover. Its image shows the R&B/hip-hop musician snuggling up to what appears to be his young son, Soul Rasheed.

Ventura was recorded at the same time as Oxnard and again finds Dr. Dre acting as executive producer Like its predecessor, the new album was inspired by his early days growing up in Southern California:

“Growing up in Oxnard gave me the grit and the church to find this voice of mine. One town over I went further and found my depth. The duality of each place inspired me greatly and from that I made two albums at the exact same time but held one back because that would have been too many songs to perform live for you all! I like ending things on an even number so welcome to Ventura.”

Peep the album artwork and full tracklist below. To get hyped, make sure to stock up up on .Paak’s vinyl releases by heading on over here. 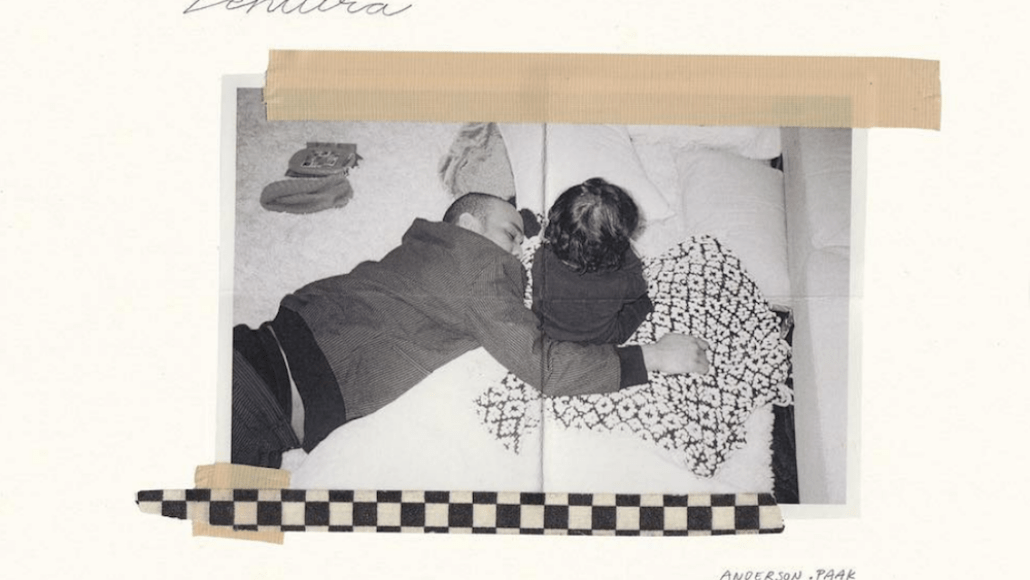 3 years between Malibu and Oxnard… you know I couldn’t do that to y’all again 😎 PREORDER AND SINGLE MIDNIGHT TONIGHT. #VENTURA + “King James” 4.12 💥 pic.twitter.com/2VRcNdQKE9

.Paak is out supporting Ventura on his “Best Teef in the Game Tour”, which is currently in Europe and is scheduled to hit North America in May. Joining him on the entire trek is Thundercat, while select dates will feature Earl Sweatshirt, Noname, and Mac DeMarco. Grab your tickets here.

Last summer, .Paak appeared on an episode of This Must Be the Gig, where he discussed some of his earliest concerts. Revisit that below.