After rolling out bits of information for the past week, Baroness revealed this morning that their new full-length will arrive on June 14th. The 17-song effort is being produced by Dave Fridmann (who helmed 2015’s Purple), and marks the recording debut of new guitarist Gina Gleason with the band.

“Our goal is, was, and will always be to write increasingly superior, more honest and compelling songs, and to develop a more unique and challenging sound,” said Baroness frontman John Baizley of Gold & Grey. “I’m sure we have just finished our best, most adventurous album to date. We dug incredibly deep, challenged ourselves and recorded a record I’m positive we could never again replicate.”

Gleason added, “Having the chance to create music without any preconceived boundaries was both liberating and intimidating. As we pushed past our fear and comfort zone, the four of us connected in a way that allowed us to create freely, uplift one another and build the unique sonic world that is Gold & Grey.”

As mentioned, Baroness have also unveiled the video and full studio version of the single “Borderlines”, having previously teased a snippet and played it live during their current North American tour. The clip offers close-ups of Baizley and Gleason singing the track, as a skull image appears throughout.

The “Borderlines” video can be seen below, followed by the artwork (painted by Baizley himself) and tracklist for Gold & Grey. Pre-orders for the album are available here, while tickets for Baroness’ current North American tour with Deafheaven can be found here. 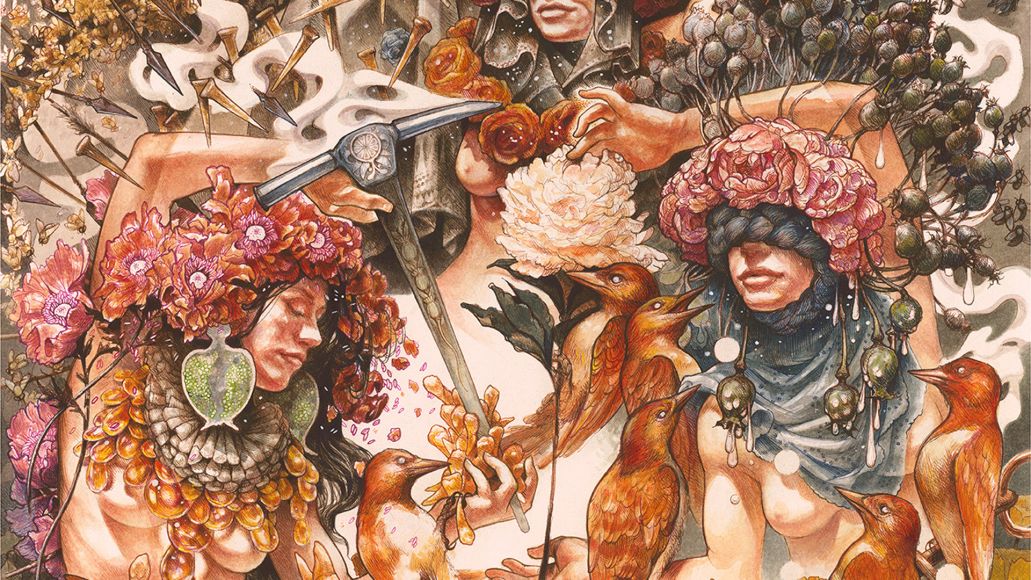