Surviving Beastie Boys members Adam “Adrock” Horovitz and Michael “Mike D” Diamond will return to the stage in April for a trio of live events directed by Spike Jonze.

The official title of the event is “Beastie Boys Story – A 2 Person 1 Man Show About 3 Kids Who Started a Band Together.” The group’s publicist declined to offer any further details on what the show will entail; presumambly, it ties back to the duo’s recently released autobiography, Beastie Boys Book.

“Beastie Boys Show” will premiere on April 5th at the Tower Theater in Philadelphia. Two further stagings are scheduled for the Kings Theatre in Brooklyn on April 8th and 9th. Update – March 20th: A third Brooklyn show has been announced for April 10th, which goes on sale Thursday, March 21st. Tickets to the other three shows can be found here.

Watch a teaser trailer below. You can also prep for the shows by grabbing some Beastie Boys vinyl here.

Jonze famously directed Beastie Boys’ iconic video for “Sabotage”. They also collaborated on an unreleased feature film called We Can Do This based on the late Adam Yauch’s alter-ego Nathanial Hornblower. 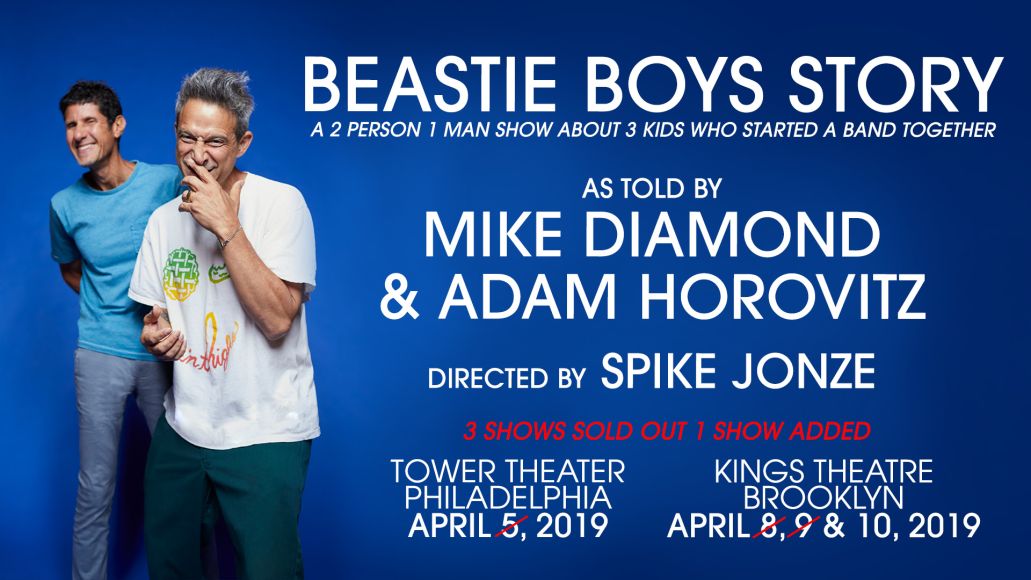