Billie Eilish has officially premiered her new album, WHEN WE ALL FALL ASLEEP, WHERE DO WE GO?. Stream it in full below via Apple Music or Spotify.

Out through Darkroom/Interscope, the 14-track collection serves as the debut album for the 17-year-old pop prodigy and our 2018 Rookie of the Year. It follows Eilish’s Don’t Smile at Me EP from 2017, which boasted breakout singles in “Bellyache” and “Ocean Eyes”.

(Read: The 20 Essential SXSW Acts to Catch on Tour This Spring)

WHEN WE ALL FALL ASLEEP was written, produced, and recorded by Eilish with assistance from her brother Finneas in their childhood home of Highland Park, Los Angeles. Ahead of the LP came early singles in “you should see me in a crown”, “when the party’s over”, and “bury a friend”.

Eilish, who’s received cosigns from the likes of Thom Yorke (!) and Dave Grohl, talked a little bit about her songwriting approach in an interview I conducted late last year:

A lot of songs on the new album are fictional and from a perspective that’s not you, which is what I like to write the most about. I don’t necessarily want to write about my life — there’s only so much going on in my brain! So it’s just coming up with new characters and new everything. It’s kind of fun… even taking stuff from your life and putting it in a different way.

To support her first-ever full-length, next month Eilish will launch her “WHEN WE ALL FALL ASLEEP Tour”, featuring rapper Denzel Curry and brother Finneas. She’s also expected to perform at a long list of festivals, such as Coachella, Reading and Leeds, Glastonbury, Pukkelpop, and Lollapalooza Stockholm. Find tickets to her upcoming gigs by heading here.

WHEN WE ALL FALL ASLEEP, WHERE DO WE GO? Artwork: 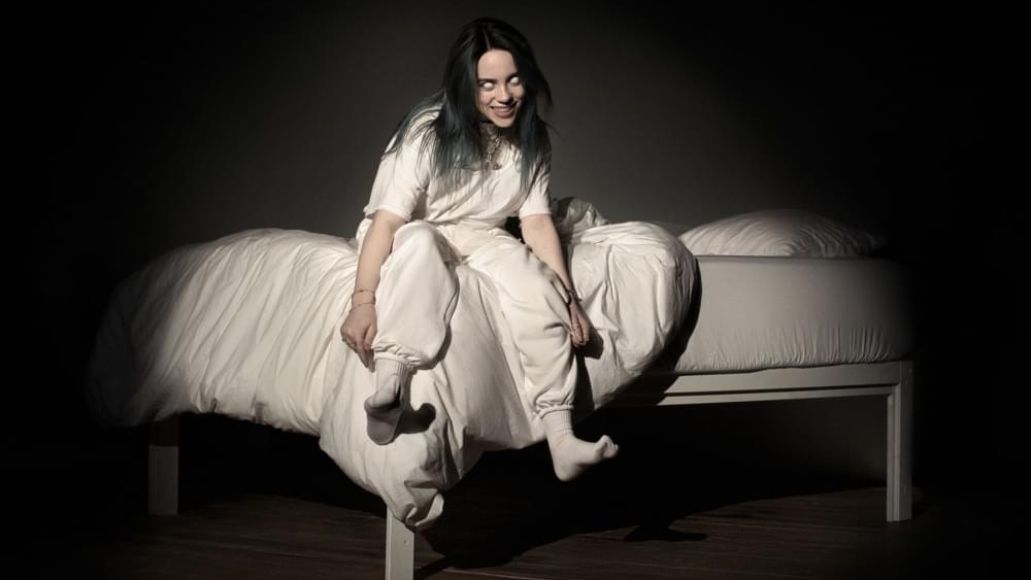 Billie Eilish releases debut album WHEN WE ALL FALL ASLEEP, WHERE DO WE GO?: Stream