Bay Area thrash metal stalwarts Death Angel have released a consistent stream of inspired material since reuniting for 2004’s The Art of Dying. The band is best known for their debut, 1987’s genre classic The Ultra-Violence, and they have maintained a overtly thrash style (with hints of prog) from that album onward. Today, Death Angel announced that their ninth studio album, Humanicide, will drop May 31st via Nuclear Blast, and unveiled the disc’s ferocious title track (stream below).

The song is an old-school thrasher with crushing drums and shredding guitars in the ’80s Bay Area vein. Mark Osegueda’s vocal performance is particularly inspired and unhinged, with his deliberate snarls as confident and spry as they were in the Ultra-Violence days. It stands as one of the strongest speed metal tracks released so far this year and gives the band’s longtime fans the steady dose of head-banging riffage they’ve come to expect.

“I wanted to write something that metal fans could really grasp onto,” Osegueda said of the song. “Something dark and intense, that still makes sense. Right now I think it’s so apparent that the Earth is in a sickened state.”

Of the song’s inspiration and structure, he added: “When I wrote the music for our song ‘Humanicide,’ I was shooting for an album opener that would have all the elements of an epic thrash opus. This meant a classic metal style intro leading into a ferocious ‘Bay Area Thrash Riff-o-Rama’ complete with a crazy middle build up section to ramp up the circle pit until it’s all whipped up into a frenzy by the time the frenetic guitar solo hits, then concluding with a maniacal musical section leading into the outro.”

“This collection of songs represents the band in its current state — united, vital, intense and (still) hungry like the wolf!” guitarist Rob Cavestany said in a press release for the album. “I wanted this record to be quite diverse stylistically while obviously keeping with the parameters of metal. DA has been known to push the envelope and we absolutely did this time.  So many emotions expressed through our music, very much looking forward to adding these songs into our live set list. As I savor this rare feeling of satisfaction, we proudly unleash this beast upon thee!”

Death Angel join thrash cohorts Overkill and Act of Defiance for a monthlong run of spring tour dates, which are listed below. Tickets are available here. Pre-orders for the album are available via Nuclear Blast at this location. 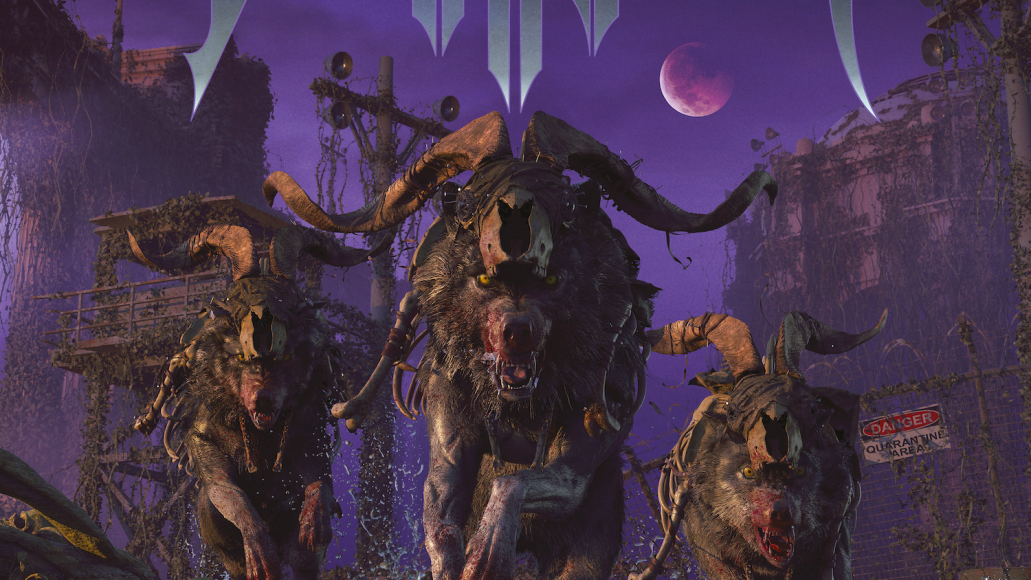