Thirty years after launching their career, drone metal veterans Earth are back with a new song “Cats on the Briar”, premiering right here at Heavy Consequence. Moreover, the band has announced details of its new album along with dates for a US tour.

Featuring the core duo of guitarist-bassist Dylan Carlson and drummer Adrienne Davies, Earth will release the album, Full Upon Her Burning Lips, on May 24th. It marks the band’s first full-length release since 2014’s Primitive and Deadly.

As with the majority of the Olympia, Washington band’s music, “Cats on the Briar” is an instrumental tune, serving as the third track on the upcoming LP.

“‘Cats on the Briar’ is simultaneously uplifting and ominous, with a sense of perilous beauty,” Carlson tells us of the song. “It contains some of my favorite melodic embellishments, and I’m proud of the succinct solo at the end (all of which were developed during the recording, ‘off the cuff,’ so to speak).”

He adds, “It was the first song written for the new album. Inspired by a vision of my wife, Holly, dancing through a desert landscape, filled with dangerous flora and fauna. It was first performed in 2016 at Hellfest, in France. I feel this album is the strongest statement of what Earth is and does since I re-started the band in 2002, and this song is a great representation of that fact.”

Earth will support Full Upon Her Burning Lips with a US tour that kicks off in Seattle on May 24th, the same day the album is released. The trek, featuring opening act Helms Alee, runs through June 29th in Boise, Idaho. See the full list of dates below, and pre-order the new album at this location.

Full Upon Her Burning Lips Artwork: 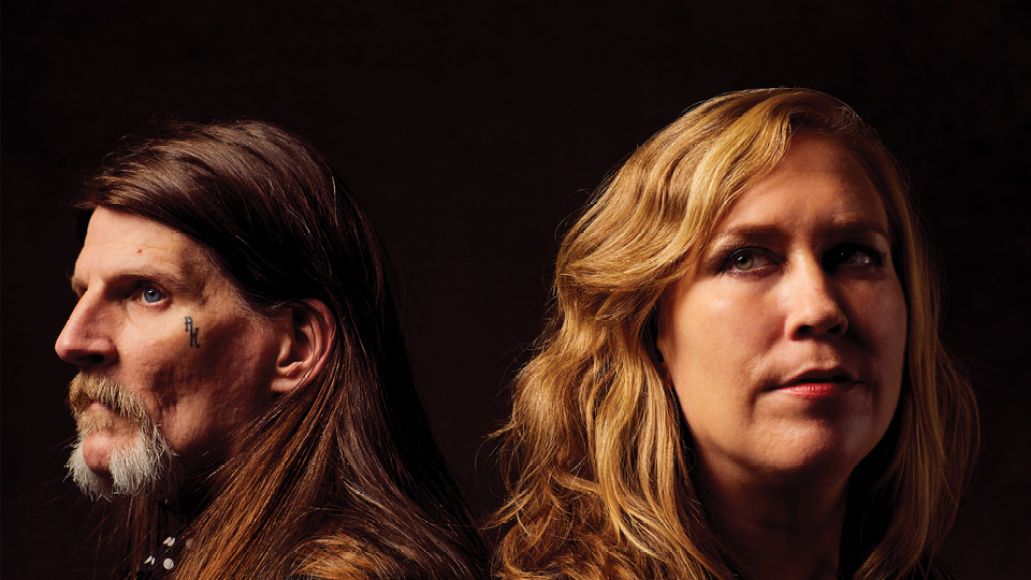 Full Upon Her Burning Lips Tracklist:
01. Datura’s Crimson Veils
02. Exaltation of Larks
03. Cats on the Briar
04. The Colour of Poison
05. Descending Belladonna
06. She Rides an Air of Malevolence
07. Maidens Catafalque
08. An Unnatural Carousel
09. The Mandrake’s Hymn
10. A Wretched Country of Dusk