Bret McKenzie and Jemaine Clement are back. Flight of the Conchords have today released their Live in London album, which you can stream below via Apple Music or Spotify.

Live in London began its life as the comedy duo’s latest HBO special. The set was recorded at London’s Eventim Apollo during the “Flight of the Conchords Sing Flight of the Conchords Tour” in early 2018. The home version features two tracks that didn’t air on the TV version: “Carol Brown” and “The Most Beautiful Girl (In the Room)”.

Alongside a number of fan favorites, the 22-track collection is highlighted by seven new songs. “Father and Son” and “Iain and Deanna” were previously revealed, while the other fresh tunes include “Summer of 1353”, “Stana”, “Seagull”, “Back on the Road”, and “Bus Driver”.

Take a listen to the whole thing below. You can also sang some of the Conchords’ past releases on vinyl here.

Flight of the Conchords: Live in London Artwork: 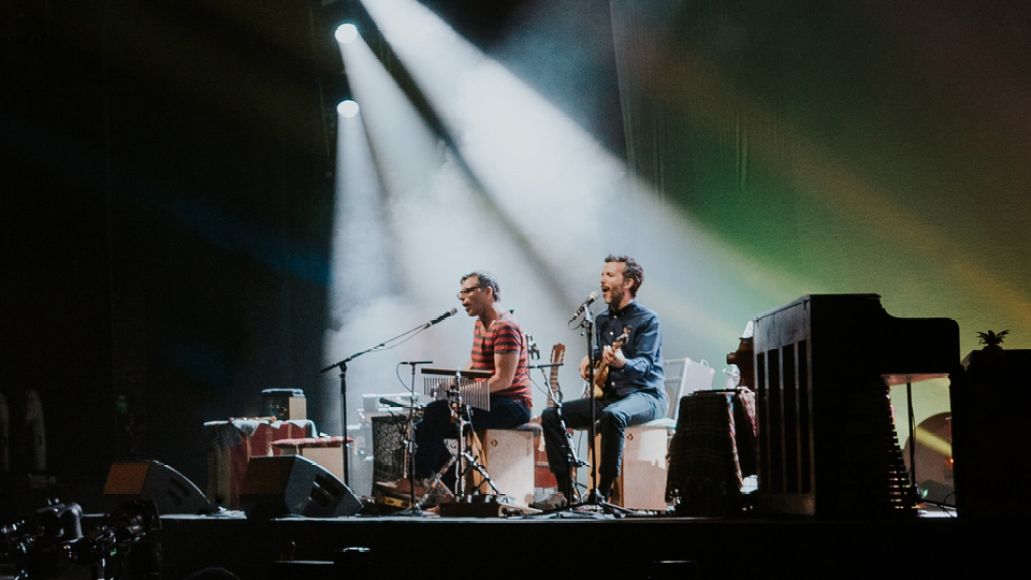