Holly Herndon has announced a new album, PROTO, which is due out on May 10th via 4AD. Ahead of the forthcoming release, the experimental artist has dropped lead single “Eternal” and an accompanying music video

“Spawn”, which is housed within a gaming PC, is featured throughout the album. Notably, clips from the live training session that taught Spawn how to identify and reinterpret unfamiliar sounds appear on “Evening Shades”. Additionally, the Stanford doctoral student collaborated with a team of contemporary vocalists and a number of programmers.

As Herndon said in a statement,

“There’s a pervasive narrative of technology as dehumanizing. We stand in contrast to that. It’s not like we want to run away; we’re very much running towards it, but on our terms. Choosing to work with an ensemble of humans is part of our protocol. I don’t want to live in a world in which humans are automated off stage. I want an A.I. to be raised to appreciate and interact with that beauty.”

Herndon’s latest track, “Eternal”, is a dramatic composition, layering tonal and repetitive backing vocals with powerful drums and expansive orchestration. Over this grand backing, the avant garde artist sings about “human love,” offering “a ghostly transmission inspired by ideas of eternal love through mind uploading; a modern-day vampire story,” per a press release. The song has been paired with a new music video, which is just as striking. It was “constructed from footage processed from the perspective of an intelligent machine, analyzing and searching for a face, yearning for a connection.”

Watch the haunting clip for yourself, plus check out the tracklist and artwork for PROTO, below. You can also pick up some of Herndon’s past releases on vinyl here. 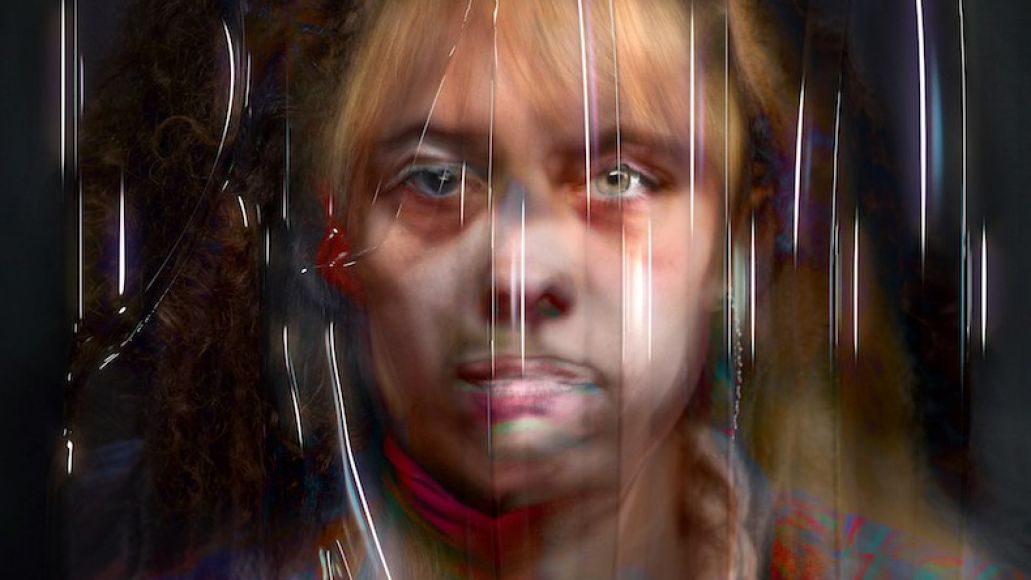 Herndon has a handful of tour dates scheduled from now until mid-summer. In addition to select European festival appearances, the singer has three US shows on the calendar: two in California and one in Chicago toward the end of May. See the full itinerary below.