The intersection of live entertainment and social justice movements has been around for as long as popular music has existed, from Bob Dylan readily crooning his anti-Vietnam war sentiments to N.W.A being arrested at a Detroit concert for performing “Fuck tha Police” to Bikini Kill protesting through song and dance at the Pro-Choice Rally at the National Mall. Over the last couple of decades, however, opportunities and spaces for new artists to collaborate with social justice movements have dwindled, and there have been even fewer spaces that invite fans to join these collaborations.

Emerge, a Las Vegas-based festival that showcases musicians, artists, and current thought leaders, seeks to re-establish this crucial collaboration in their second year. “What we wanted to do was bring that collaboration back at a time when it seems like there isn’t a soundtrack to the current protest movements that are going on right now,” says Rehan Choudhry, founder of the Emerge festival. Part of the reason for this lack of a “soundtrack” is a result of how much music listening and music discovery have changed over the past 15 years, giving young fans a surplus amount of artists to listen to and agree with. For developing artists, choosing a perspective on any given topic within our overwhelming 24-hour news cycle risks a volatile social media comment firestorm. “There’s a lot of talent out there that are nervous about aligning themselves with a specific cause, especially young in their careers, so we wanted to create a forum where they could do that,” explains Choudhry. 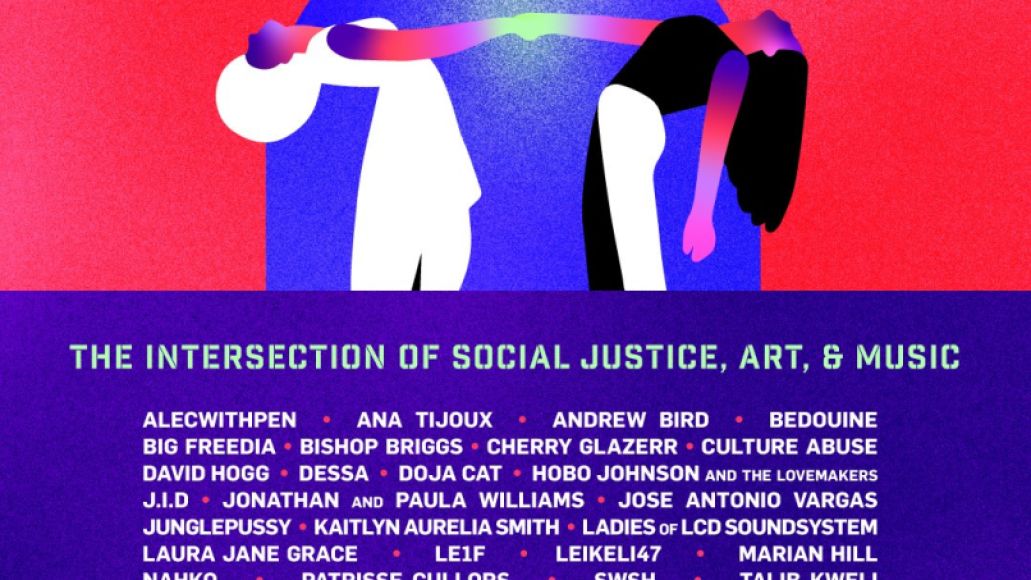 For two days at Las Vegas’ Hard Rock Hotel this spring (May 31 – June 1), Emerge will make it possible and accessible for musicians, artists, social justice leaders, and fans to come together on behalf of the issues that they are most passionate about. Under the overarching themes of “Protest,” “Self,” “Brave,” and “Sex,” artists and speakers navigate through one story line that has been written like a theatrical production, “almost like watching the social impact version of Hamilton,” explains Choudhry. “We grouped all of the conversations into four themes that were elevated high enough that everybody could feel like they could extract value out of it,” says Choudhry, arguing that presenting a showcase specifically on a topic like gun violence could illicit reactions that would impact the positive, forward-thinking atmosphere of the festival. “If you pose it that way, unfortunately, people’s predisposed notions or their political alignment cloud their judgment over whether they should participate or not and how angry they should be when they walk in the room.” 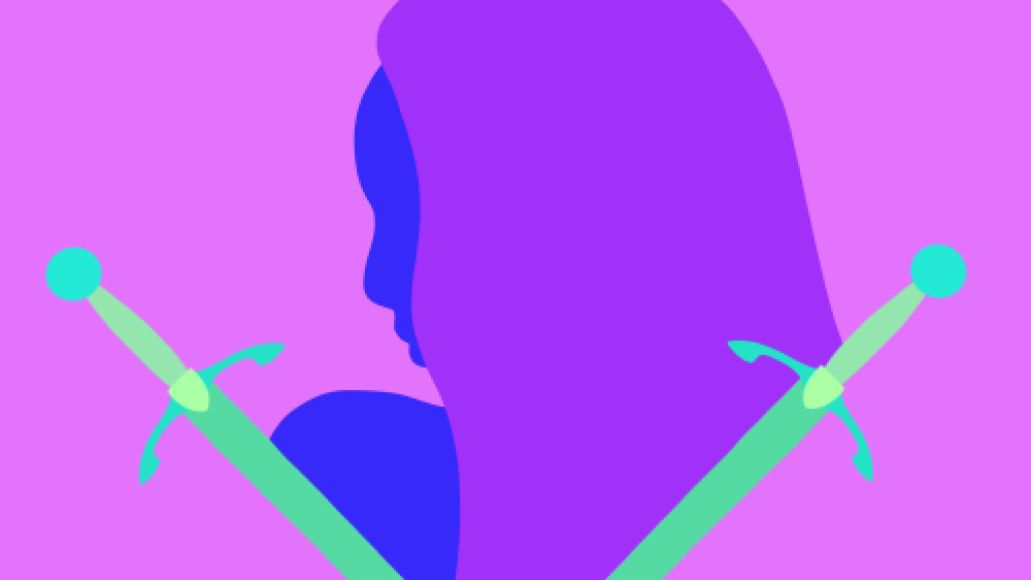 Instead, a topic like gun violence, led by speakers including March for Our Lives co-founder David Hogg and musician Andrew Bird, will be included during the showcase of “Brave,” which will honor people’s triumphs over traumatic, fear-inducing experiences. Similarly, the showcase of “Self” encourages people to embrace and celebrate their truest selves, but will also consider subjects like mental health, gender and identity, and body positivity. The speakers Emerge has announced thus far come from varied levels of fame and different areas of the current cultural climate, including “therapy selfie” advocate and comic artist Alecwithpen, Black Lives Matter co-founder Patrice Cullors, and sex-positive hip-hop artist Doja Cat. Each speaker is chosen based on what they are most passionate about, often giving them the opportunity to speak about these topics for the first time in their careers. “What our curation team does with the entire lineup is talk to every single one of them directly to try to figure out the causes and issues that they’re the most interested in,” Choudhry says. “And a lot of them haven’t gotten on stage and spoken on this.” Other members of the Emerge lineup, like Cherry Glazerr, Leikeli47, and J.I.D., seeing themselves as having the “soundtrack to a movement,” will perform at the festival and be matched with speakers based on their energy and focuses.

Emerge’s lineup also reflects the communities these speakers celebrate and the equal representation many social justice organizations seek to achieve. This year, the festival is a member of Keychange, a global initiative for festivals to achieve a 50:50 gender balance by 2022. Last year, Emerge reached that balance without even trying. Through only booking artists in the “emerging” category, working with social organizations that fight for representation, asking members of their lineup for their own booking feedback, and having a diverse staff behind the scenes, no two artists or speakers come from the same background. 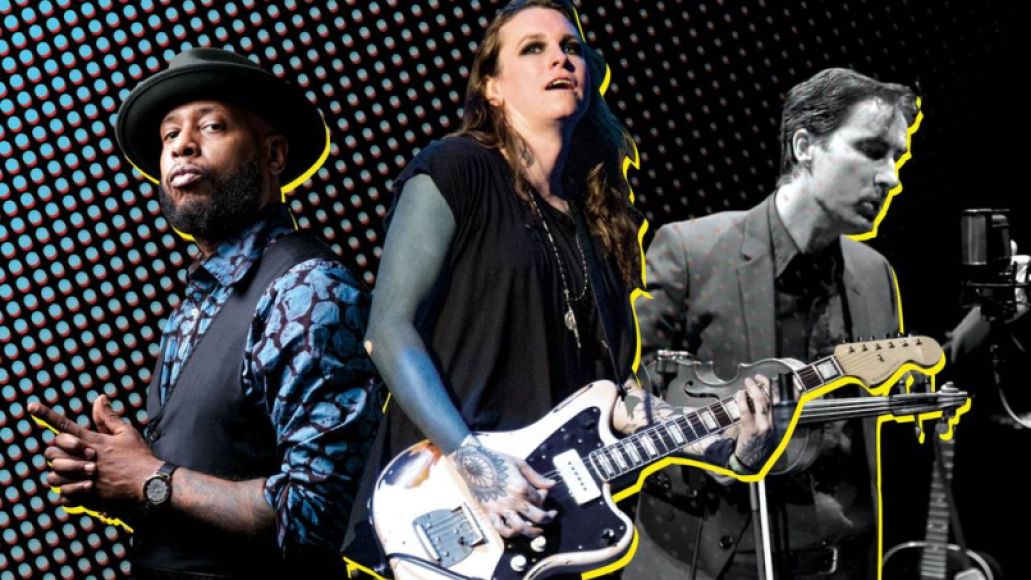 A stacked lineup like Emerge’s often forces festival attendees to choose between their favorite artists, but at Emerge, a single ticket with no overlapping programming guarantees the opportunity to see every speaker and musician the festival has to offer. Choudhry compares it to a dinner party, during which partygoers typically listen to music, eat food, and engage all at once. “What we’re trying to create is the larger version of a dinner conversation,” he says. With multiple stages conveying different mediums, artists and speakers complement each other, creating a fluid, nontraditional festival environment that fosters community building. “What we’re trying to do is give both experts and novices a place here,” Choudhry says about the small community Emerge attendees can build. “Part of having this kind of community vibe in each showcase is you’re not just a passive participant, but you’re an active contributor to the program.”

An all-ages event in the largely 21-plus-focused city of Las Vegas, Emerge is capable of making a difference beyond festival grounds. According to Choudhry, 40 to 45 percent of the festival’s attendees are from Las Vegas. As the major city of a swing state, Vegas is particularly relevant and vulnerable among many of the discussions that take place at Emerge. The first Emerge festival, scheduled for November 2017, was canceled due to the mass shooting at the Route 91 Harvest music festival on the Las Vegas strip a month prior. Ever since, discussions about gun violence have been paramount to Emerge. “There’s definitely a city push to show Vegas is stronger, that Vegas is a more unified city as a result and have gotten through it. I believe that’s the case, but the reality is, it takes people 20 years to even start getting over trauma like that,” Choudhry says.

He also mentions that the trans community is one of the most marginalized, at-risk groups in Las Vegas, “largely from a lack of education perspective.” With speakers like Against Me!’s Laura Jane Grace and transgender pastor Paula Williams and her son Jonathan Williams, members of the trans community can share insight with the city by telling their own stories. “Everything that we’re doing has the lens of a macro perspective, that these are issues that are pervasive and are still unresolved and have been around for a number of years,” Choudhry explains. “But then from a micro perspective, we’re trying to tackle very specific story lines that are hyper-relevant right now.” 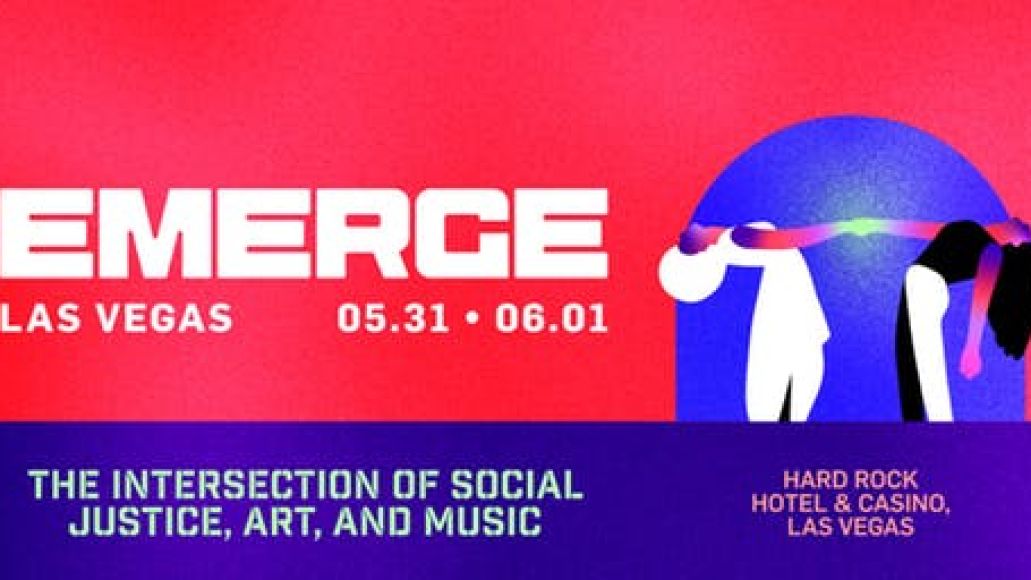 Choudhry hopes that the microscopic scale of Emerge can also create a macroscopic impact on more communities. “I think for the large part, we’ve all been carrying a tremendous amount of fear for the last few years,” he says. “I can speak for myself. I’m sick of being afraid without a vehicle to be able to actually do anything. I think a lot of people don’t know where to start.” Emerge cannot necessarily change the world in two days, but it can inspire attendees to choose their jumping-off points. The Emerge team also has the potential to inspire more music festivals and conferences to combine art and social justice to benefit more communities. “This will be a case study for what promoters produce year round, or maybe how conference producers look at live entertainment” Choudhry says. “I do think the more the entertainment community can partner with the social impact community and with nonprofits and social justice-related thought leaders, across the country, the more valuable that collaboration will be for localized movements.”

These long-term goals are all highly ambitious, but in Emerge’s current journey towards more just, equal, and empathetic communities, at least we will all have a soundtrack to start with.

How Emerge Is More Than Just a Music Festival: The Intersection of Social Justice, Music, and Art