With a massively successful expansion to the Caymans behind them and a launch in Texas ahead, the organizers behind KAABOO are setting their sites back on their flagship event. KAABOO Del Mar has officially dropped its music and comedy lineups for its fifth annual event happening September 13th-15th, 2019.

Also on the bill are OneRepublic, The Revivalist, Sublime with Rome, Lifehouse, Blind Melon, Plain White T’s, Cheat Codes, Switchfoot, Andrew McMahon in the Wilderneess, Des Rocs, Con Brio, Mix Master Mike (of the Beastie Boys, and a special performance from the yet-to-be-announced winner of this year’s American Idol.

KAABOO Del Mar takes place at the Del Mar Racetrack and Fairgrounds in Del Mar, California. Tickets, including three tiers of VIP, are on sale now via the festival’s website. 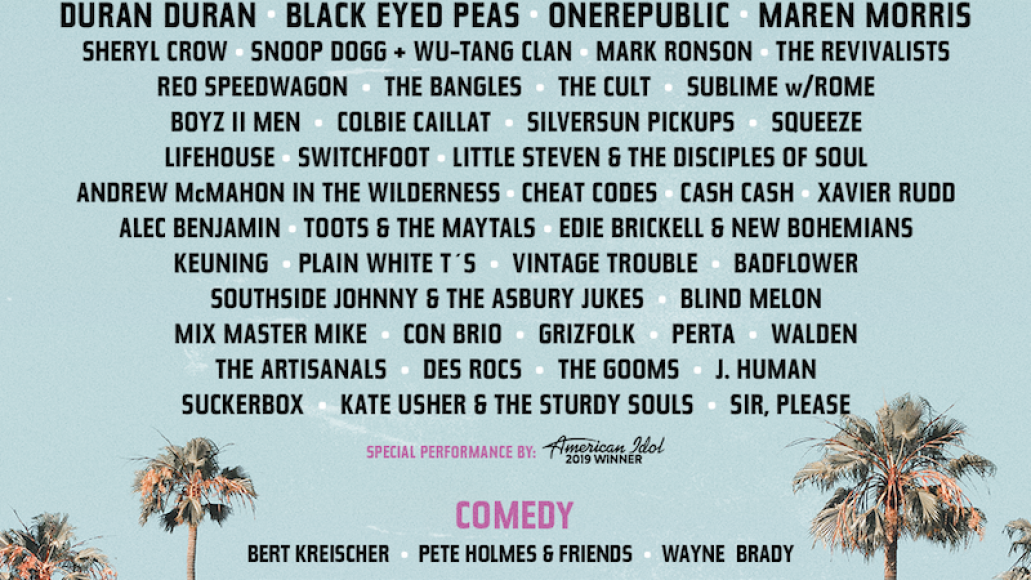