If we’re being honest, South Floridians have a better chance seeing Less Than Jake or Reel Big Fish thrice in one year than seeing folksy rockers like The Sadies or Kurt Vile even once. That’s partly why Wednesday night at Fort Lauderdale’s Revolution Live felt like a dream to this local native. As the majority of the town wasted away on Spring Break — you’ve seen Revenge of the Nerds II: Nerds in Paradise, right? — the few hundred that escaped into the downtown venue were treated to something rare and intimate.

“It’s our first time in Fort Lauderdale,” The Sadies’ Dallas Good observed from the stage, adding: “I didn’t know Spring Break was going to be like this…”

Neither did most of the crowd. With each guitar lick, violin solo, or tonal slip and slide from Sean Dean’s upright bass, the brotherly outfit sent their South Florida fans into this meditative cerebral state. While Good initially teased that the group would “play a short set,” that was nothing more than a tall tale, and 16 songs later, everyone was begging to stay in the zone. As if to remind them of who they came here for, Vile joined the Sadies to help close out their set on “It’s Easy (Like Walking)”. 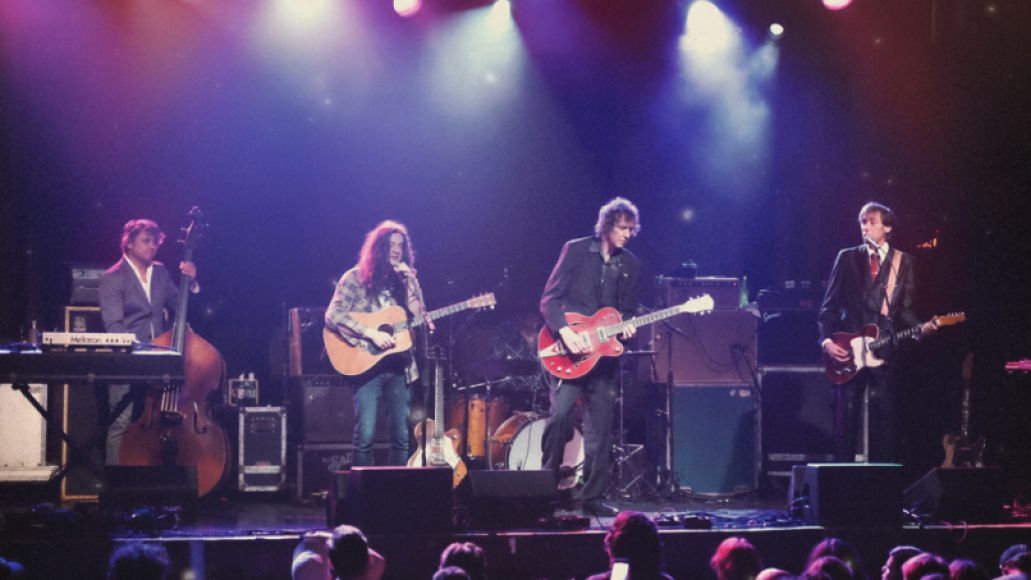 Kurt Vile and The Sadies at Revolution Live, photo by Kaela Chancey Roffman

Fifteen to 20 minutes later, Vile and his Violators lifted everyone up again with “Loading Zones”. Speaking softly and slowly, Vile sang, “Back is achin’ but I cannot sleep/ ‘Cause I want to be like I am the mayor of some godforsaken town.“ Naturally, the Fort Lauderdale audience gave their vote of confidence with each scream of “I park for free!” Vile happily accepted the ceremony by thrashing his lion’s mane about, gripping his guitar as if it were a dagger stabbed deep into his stomach.

But really, Vile was our mayor, carrying out the night with the utmost authority. For instance, when he stood solo on stage during “Stand Inside”, the audience began clapping to the plucking of his E string. Vile, instead, shook his lovely locks and uttered a simple, “No.” Not surprisingly, everyone followed suit and lost themselves in the silence, wandering in a warm abyss of emotion as Vile sang softly to them: “Like all the pretty things you see outside/ Imma gonna make you satisfied.” 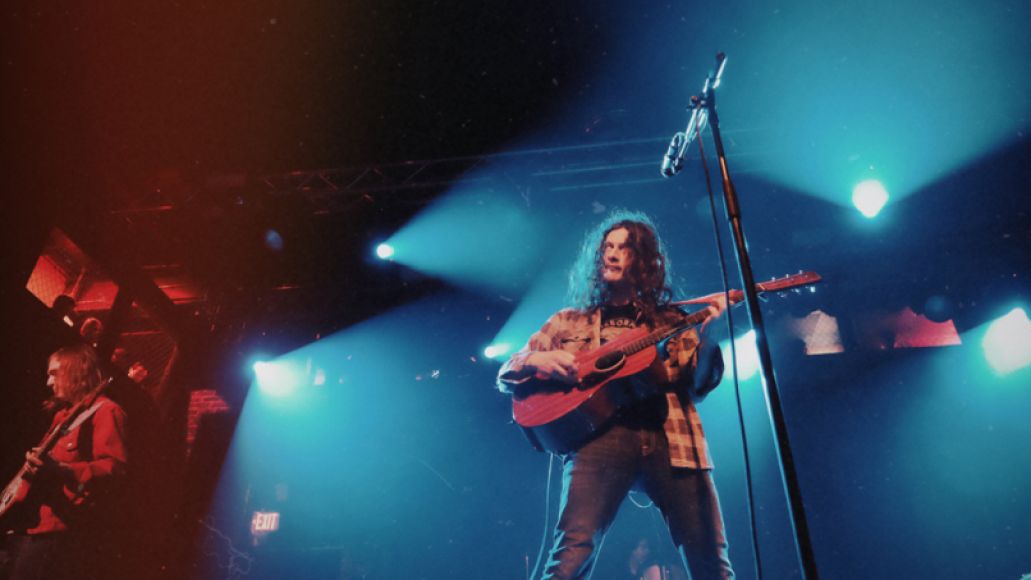 Everything else remains a snapshot: the screaming banjo on “I’m an Outlaw”, the chummy thump of “Pretty Pimpin”, and the collective cool of “Check Baby”. Well, almost everything, because there’s simply no forgetting the night’s closer in “Baby’s Arms”. Seeing a father of two daughters open his heart out and sing a line like, “I get sick of just about everyone/ and I hide in my baby’s arms/ Shrink myself just like a Tom Thumb/ And I hide in my baby’s hand,” brought a teary end to the night.

And then, we all woke up. 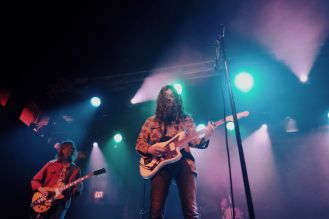