Setting the Stage: Metallica made their way to Grand Rapids, Michigan, on Wednesday (March 13th) to perform the final show of the 2019 North American leg of their “WorldWired Tour”. The trek, which is in support of the band’s 2016 Grammy-nominated Hardwired…to Self-Destruct album, has set several attendance records this year, including recent shows at venues in in Wichita, Kansas; Raleigh, North Carolina; Tulsa, Oklahoma; and Indianapolis, Indiana.

One by one, metal fans streamed into Grand Rapids’ Van Andel Arena, many sporting t-shirts that proclaimed their love for Metallica, as they were ready for a healthy dose of thrash from the metal icons.

Taking the stage: In lieu of an opening music act, comedian Jim Breuer kicked the night off. A known metal lover and Saturday Night Live alum, Breuer performed a comedy routine amid some metal-friendly recordings from AC/DC, Judas Priest, Danzig, and more. Breuer got the crowd hyped up for the main stage act, telling the audience that Metallica were backstage and ready to ignite the arena. He also chatted with a fan who somehow made it to every stop of the “WorldWired Tour”. Impressive!

Around 8:45 p.m., the show began, as James Hetfield, Lars Ulrich, Kirk Hammett and Robert Trujillo strutted onto the 360-degree stage with the kind of confidence that comes from being Rock & Roll Hall of Famers.

Metallica set the night off with two tracks off Hardwired…to Self-Destruct — “Hardwired” and “Atlas, Rise!.” Even if those weren’t the Metallica classics fans were there to hear, that wasn’t apparent from the crowd’s response, which consisted of towering levels of excitement and a sea of fists (and horns) in the air.

Decades into their career, Metallica still sound great. They hit the stage with a charisma and energy that is expected from much younger bands, and Hetfield’s vocals are as powerful as they were on the band’s early records.

Fans didn’t have to wait long to hear the classics, though, as “Seek and Destroy”, “Creeping Death”, and “For Whom the Bell Tolls” came early in the set. “Seek and Destroy” especially stood out, partly because it was the first classic song to arrive, and also because it just radiated with a high-octane sheen.

Throughout the night, a huge display of monitors sat above the stage, flashing videos and photos from the band’s career. The 360-degree stage was a perfect fit for Metallica, as each band member made their way to each end of the stage throughout the night. Ulrich’s double-bass drum kit was its own spectacle, as it sat on an elevated platform that kept the drummer at the tip of the action.

As the set moved along, it became more and more obvious that Metallica have a strong passion for performing live. The band played songs such as “Master of Puppets” and “Sad But True” with a fresh excitement, and the thousands of metal enthusiasts in the crowd were happy to join in at times with booming voices.

A staple of this tour has been Metallica  — mainly, Hammett and Trujillo — performing covers of artists from the city or state in which they’re playing. For Michigan, that meant covering Grand Funk Railroad’s “We’re an American Band”, which was sandwiched between snippets of “Eye of the Beholder” and Trujillo playing Cliff Burton’s “Anesthesia” bass solo.

A highlight of the set was “Blackened”, which kicked the encore off and was delivered with an extra dose of joy. Hetfield grinned ear-to-ear throughout the song, with Hammett and Trujillo strutting across the stage and Ulrich making huge motions to the audience atop his kit.

The guys of Metallica are passionate about giving back, and, while in town, the band donated $10,000 to Feeding America West Michigan, an organization dedicated to gathering and distributing food to relieve hunger and increase food security in West Michigan and the Upper Peninsula.

This being the final night of the North American tour, Metallica seemed almost nostalgic. Sure, they have shows ahead in Europe and Australia this year, but eventually, the “WorldWired Tour” will come to an end and usher in the next phase of Metallica. They were here, in Grand Rapids, to live in the moment and remember this small piece of Metallica history. After all, not many bands are still putting out chart-topping albums and selling out arenas decade into their careers.

Lars Ulrich recently said that “we hope we can get another 20, 25 years out of Metallica,” and, the at the rate they’re going, it seems Metallica’s end will truly be “The Day That Never Comes”.

See photos, the setlist, and fan-filmed video of Metallica in Grand Rapids below: 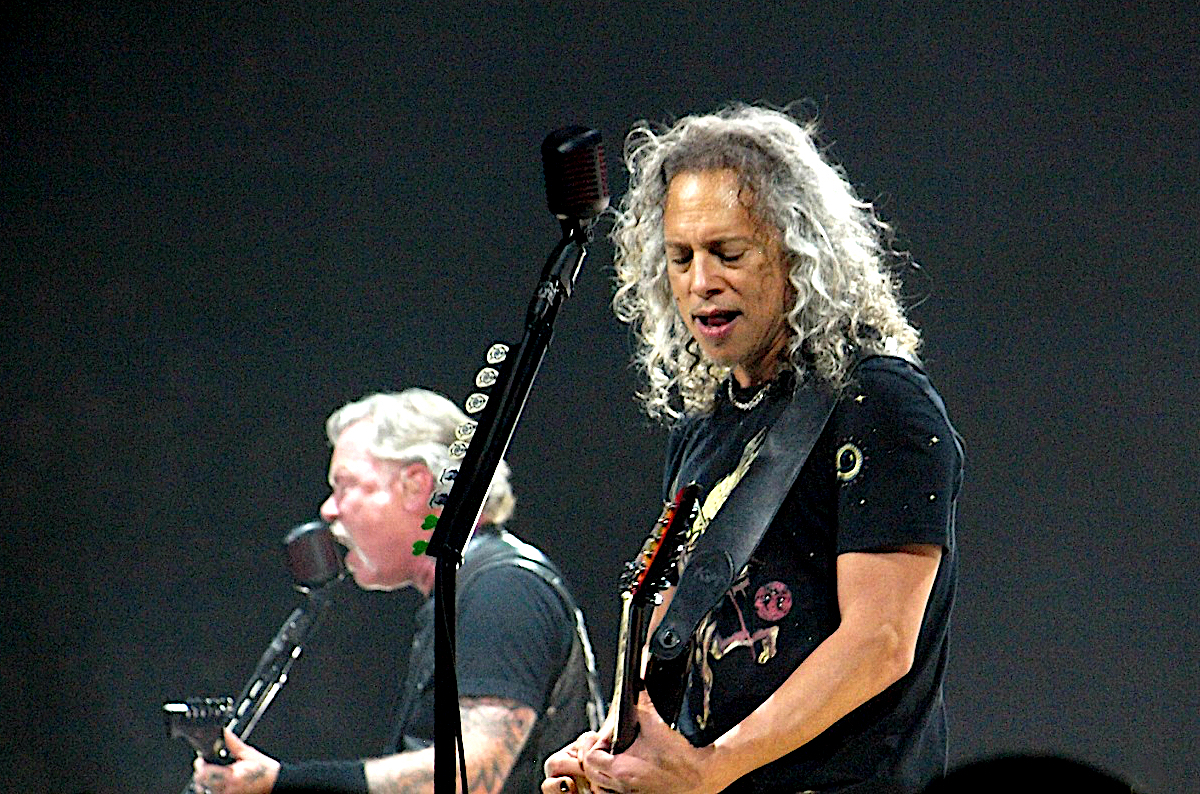 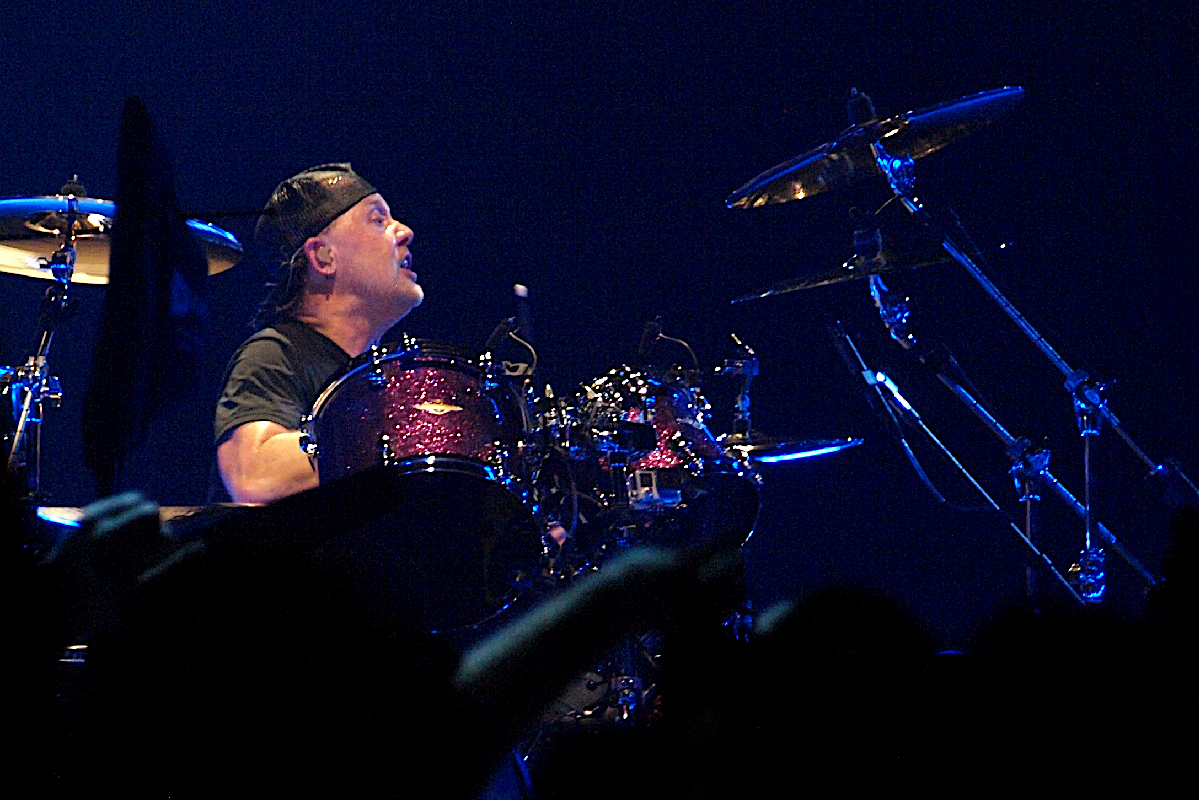 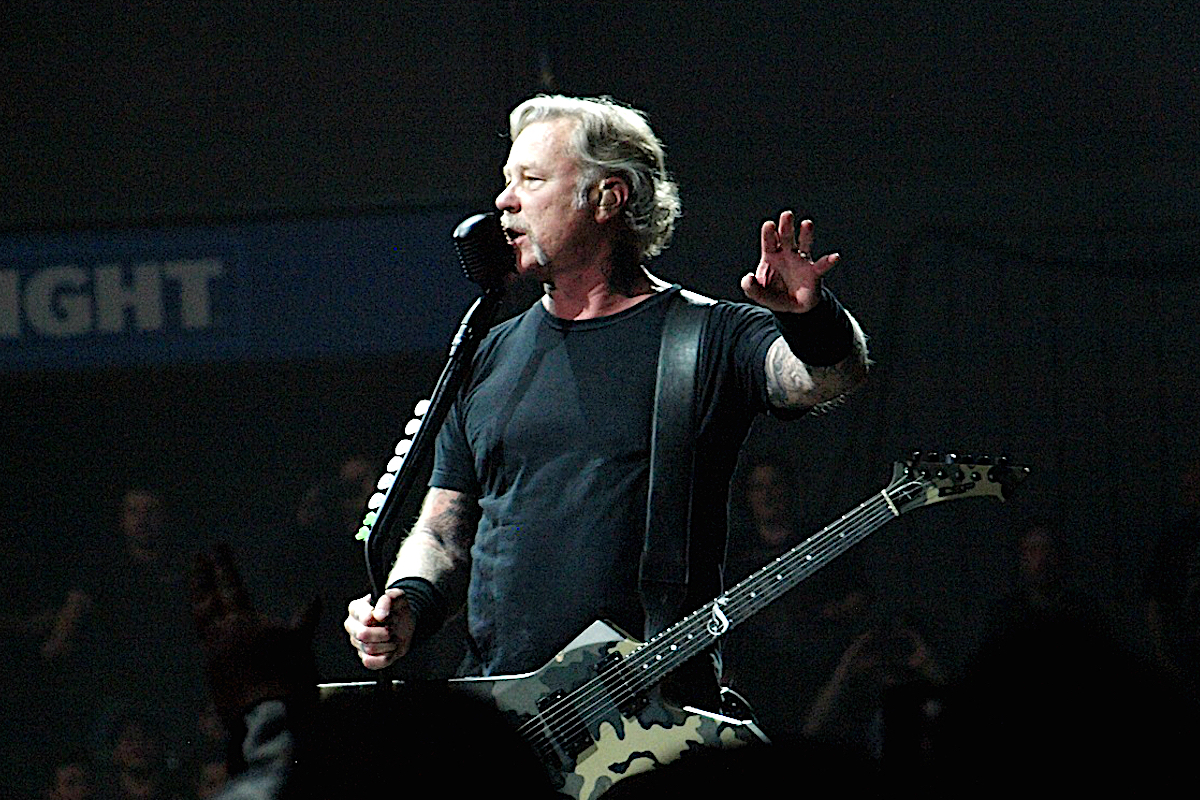 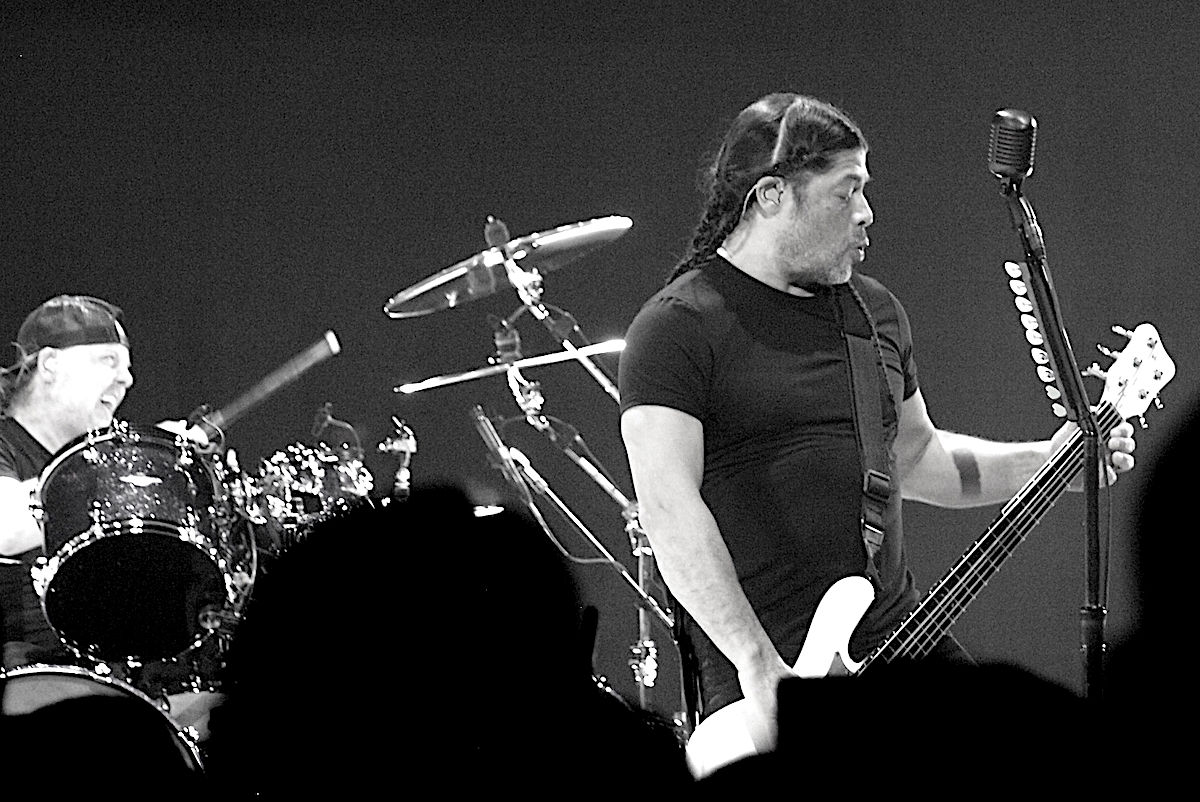 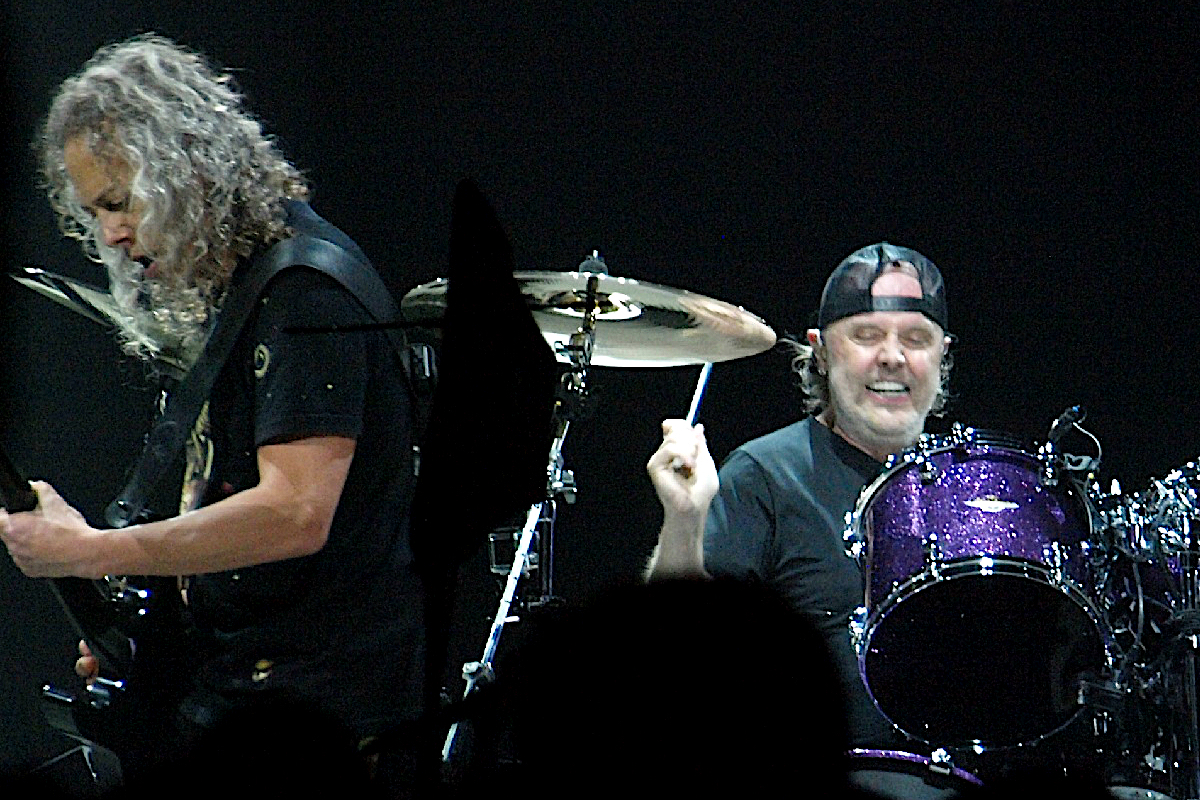 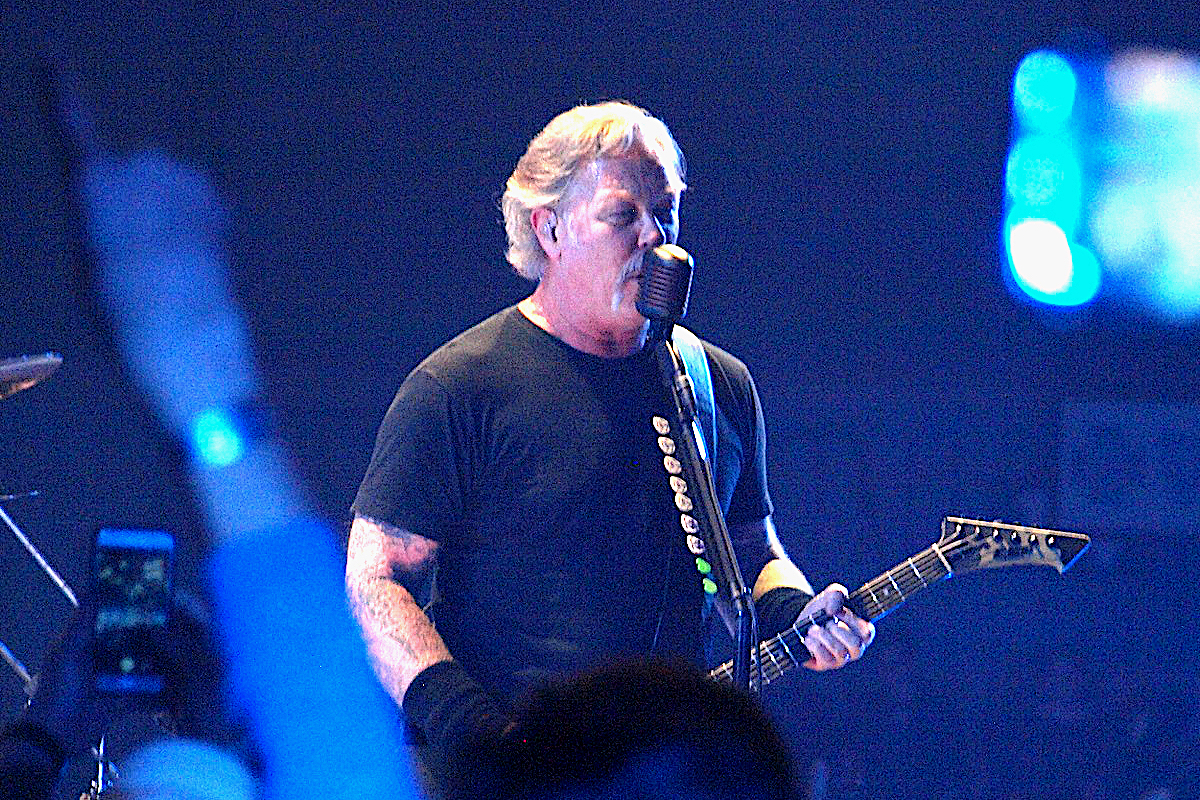 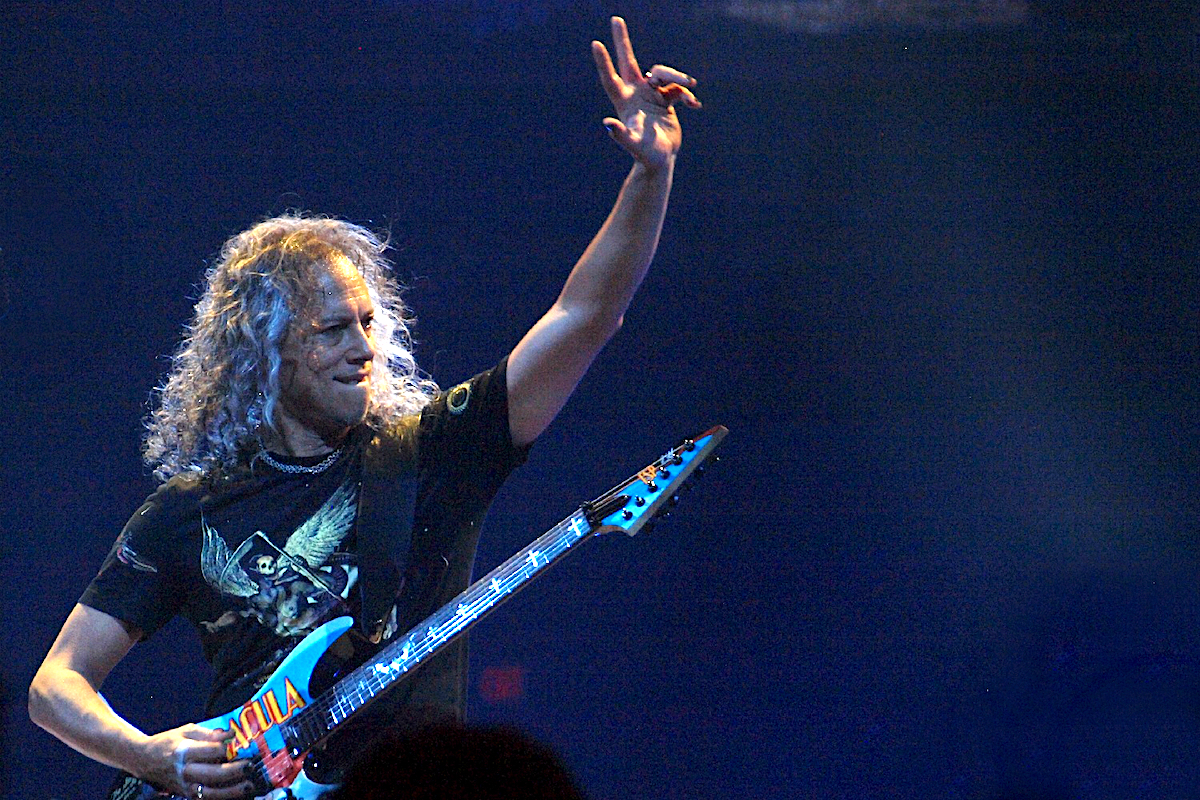 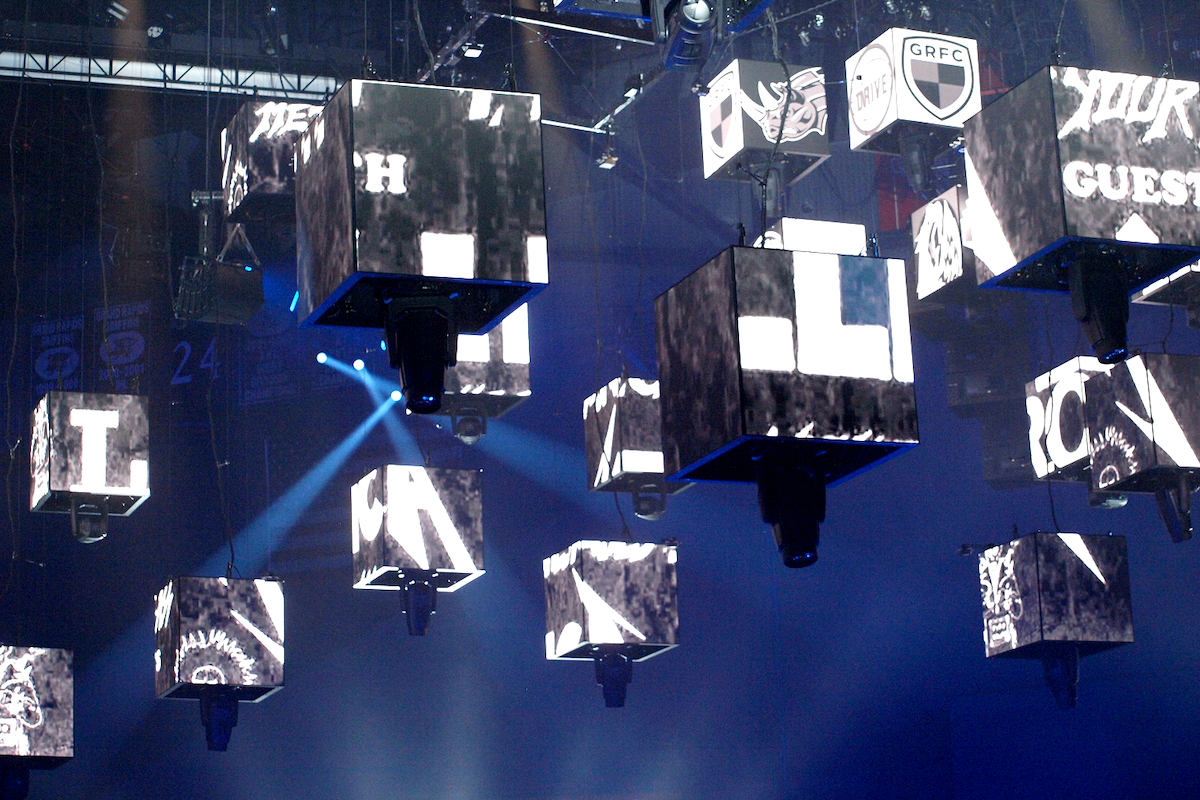 Setlist:
Hardwired
Atlas, Rise!
Seek & Destroy
The Memory Remains
The Unforgiven
Now That We’re Dead
Creeping Death
For Whom the Bell Tolls
Here Comes Revenge (followed by “Eye of the Beholder”, “We’re an American Band” and “Anesthesia”)
Phantom Lord
Fuel
Moth Into Flame
Sad but True
One
Master of Puppets