Mavis Staples has announced her 12th solo studio album. Entitled We Get By, it’s due out on May 10th through ANTI- Records.

We Get By serves as the follow-up to 2017’s If All I Was Was Black, which was written and produced by Wilco frontman and frequent collaborator Jeff Tweedy. This time, Staples has teamed up with Ben Harper, who composed 11 original tracks meant to offer “love, hope, and history during a politically divided era.”

Appropriately, Staples looked to famed American photographer and civil rights documentarian Gordon Parks in creating the album’s cover. The powerful visual is part of a 1956 photo essay published in Life titled, “The Restraints: Open and Hidden”, which focused on exposing the effects of American racial segregation. In 2017, Staples won the Gordon Parks Foundation Award in recognition of her inspiring and creative body of work.

(Read: Protest Music Disappeared in a Year of Protests)

As a first listen of We Get By, Staples and Harper have released “Change”, a defiant blues number, characterized by an easy swing, rockin’ rhythmic guitar, and gospel-inspired harmonies. Throughout the song, the legendary singer frankly assess the state of freedom in the US with poignant commentary on shootings. In the number, she belts, “What good is freedom/ If we haven’t learned to be free?”, frequently punctuating her ideas with the energized refrain of “We got to change/ Around here/ Say it loud/ Say it clear.”

Listen to the track below, and pre-order We Get By here. You can also pick up more Staples vinyl here.

We Get By Artwork: 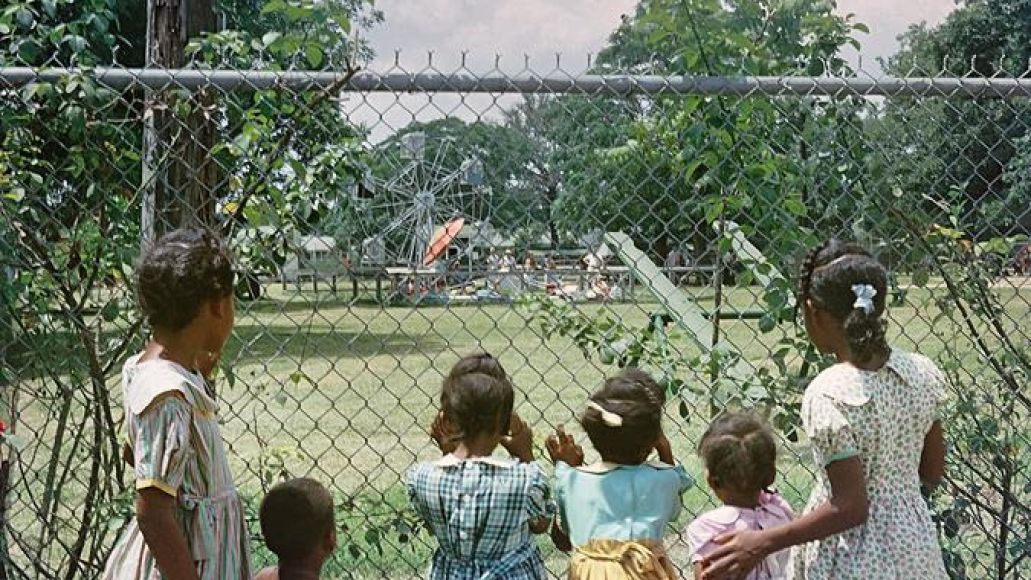 The former Staples Singers will celebrate her 80th birthday and the release of We Get By with a trio of shows dubbed “Mavis & Friends: Celebrating 80 Years of Mavis Staples”, which benefit the Newport Folk Festival Foundation’s music education initiatives. Scheduled at New York City’s Apollo Theater on May 9th, Nashville’s Ryman Auditorium on May 15th, and Los Angeles’ Ace Hotel on May 22nd, each date will find the octogenarian performing alongside some of her frequent collaborators and musical friends.

Staples remarks, “I just wanted the world to know that I made it to 80!… I am letting my fans know that I’m over the hill, but now I’m going over the mountain.”

These new shows come in addition to a number of festival dates and headlining shows throughout the spring and summer. See her full itinerary below, and get tickets here.