Among the many musical anniversaries being celebrated this year, 2019 marks the 35th birthday for thrash metal pioneers Megadeth. The band is already set to commemorate the milestone with the release of Warheads on Foreheads, a compilation of 35 tracks culled from their 15 studio albums, but now they’ve added a little something to the mix: a graphic novel made in collaboration with the legendary magazine Heavy Metal.

The book, titled Death by Design, is a 350-page tribute to Megadeth, with stories inspired by the songs found on Warheads. And the writers and artists that participated in the graphic novel are an impressive array of talent from the world of comics and pop culture.

For example, Spanish-born artist Belen Ortega and Metalocalypse creator Brendon Small collaborated on a story for the song “Hangar 18”, and actor Dan Fogler wrote a story for “Rattlehead” that was illustrated by Andy Belanger, the Canadian comic creator who has worked on Swamp Thing and, more recently, Southern Cross.

Also in the mix are the duo of Leah Moore and John Reppion, 30 Days of Night illustrator Ben Templesmith, and Tim Seeley, the creator of the beloved horror comic Hack/Slash.

“I have always fantasized about Megadeth doing something this gloriously electrifying and gruesome,” Megadeth frontman Dave Mustaine said in a statement accompanying this announcement. “I hope everyone will enjoy the graphic novel as much as I enjoyed working with Heavy Metal to put it together for you.”

Heavy Metal CEO Jeff Krelitz echoed Mustaine’s excitement, commenting, “Since I was old enough to buy records, Megadeth has been one of my favorite bands, not only for the great storytelling in the music, but the world building imagery on the album covers. This opportunity to meld the two world together and tell stories inspired by their songs is a privilege that we are excited to present to the fans.”

The graphic novel will be available on June 5th as either a leatherbound, slipcase edition that combines with the comic and a four-LP vinyl version of Warheads or a standard hardcover edition, and can be pre-ordered at the Megadeth online shop. Copies signed by Mustaine are available for pre-order at the Heavy Metal store and will also be carried by  FYE retail outlets. The Warheads on Foreheads compilation will still be available on its own beginning March 22nd.

Peep the Death by Design cover artwork above, and a couple of select pages below. 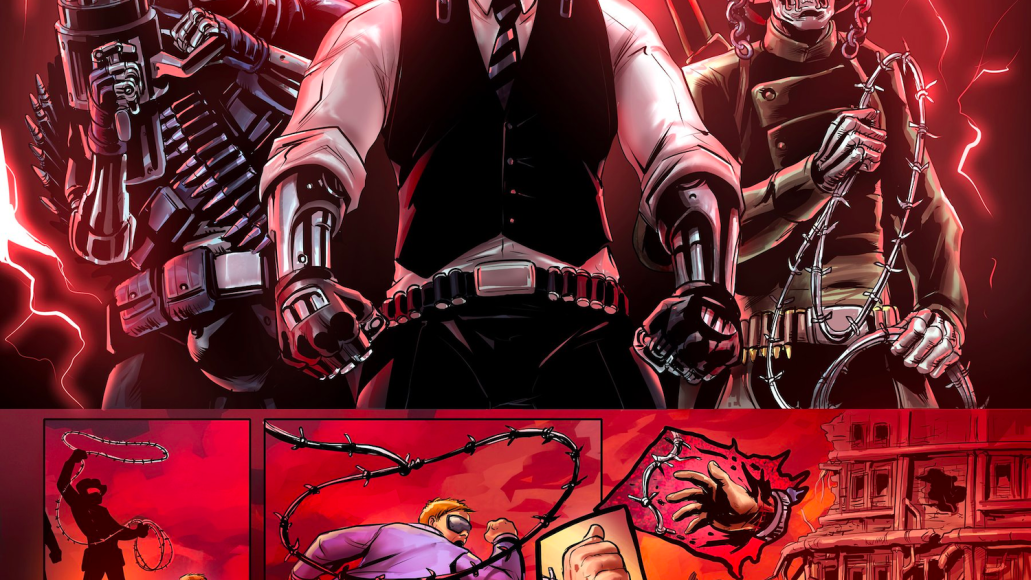 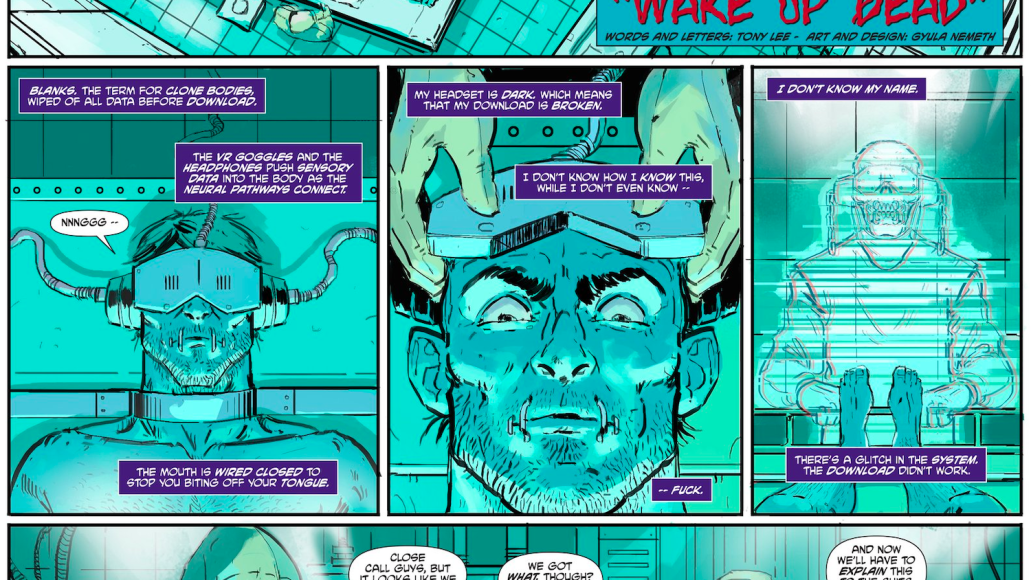