On Thursday night, the cast and creator of Parks and Recreation reunited as part of Los Angeles’ PaleyFest. They were together to celebrate the NBC comedy’s 10th anniversary (it debuted on April 9th, 2009), but as tends to happen when casts of beloved shows appear in one place, talk quickly turned to the possibility of a revival.

Amy Poehler, Nick Offerman, Adam Scott, Rashida Jones, Aziz Ansari, Aubrey Plaza, Chris Pratt, Jim O’Heir, and Rob Lowe were all on hand, but it was creator Michael Schur who spoke for the panel when it came to the idea of an eighth season of Parks and Rec. “Everyone on this stage — and like six other people — would have to feel like there was a story that needed to be told,” said Schur (via The Hollywood Reporter).

While it seems like everyone indeed would be onboard (“Oh, sure. I’ll do anything Parks and Rec as long as the brass is behind it,” Offerman said on the red carpet), finding that story may be hard considering how perfectly the series wrapped up. Schur said he had a thesis statement in mind when creating the program, and he’d proven his point by the time it ended:

“The show had an argument to make. The argument was about teamwork and friendship and positivity, being optimistic and not getting cynical and believing that people can do good and believing in the power of public service and believing that if you work hard and you put your head down and believe in the people around you who are part of your team, that good things are possible. That you’ll achieve the things you want to achieve, and I don’t feel like we left anything on the table. I feel like the show sort of made its argument. And we also — maybe this was like a preventative measure or something — we did jump ahead to the year, like, 2074.”

Still, should he ever crack Parks and Rec 2.0, you can be sure the cast would return with little hesitation. “I am so not cool, so from minute one I’ve been like I’m down,” Poehler told THR. “Tell me where to go, I’ll clear my schedule. I mean, Mike Schur currently produces and writes on, I think, 14 shows, so it’ll really be whenever he is ‘tech avail,’ as we like to say in the biz. But yeah, I’m ready.” (Schur, fyi, is the creator and writer of Brooklyn Nine-Nine and The Good Place, and is executive producing the new NBC series Abby’s.)

Plaza, meanwhile, said she’d happily “do anything with those people,” but she thought a reboot just four years after the show went off the air would be “too soon.” “It’s hard to recreate magic, [so] not yet. But I want to be around [the cast] all the time. They’re the best. I never have had more fun in my life. They’re my family,” she said.

The cast also discussed behind-the-scenes tales and imagined how their characters would feel about current events. Ansari, for example, said his Tom Haverford and Ben Schwartz’s Jean-Ralphio definitely would have found themselves wrapped up in Fyre Festival in some way, and reacted to news of the college admissions scandal by saying, “That’s some Eagleton sh*t.”

You can watch the whole panel for a $1.99 rental fee over at PaleyTV. You can also watch reunions of Parks and Rec on Comedy Central, which recently acquired syndication rights for the series. 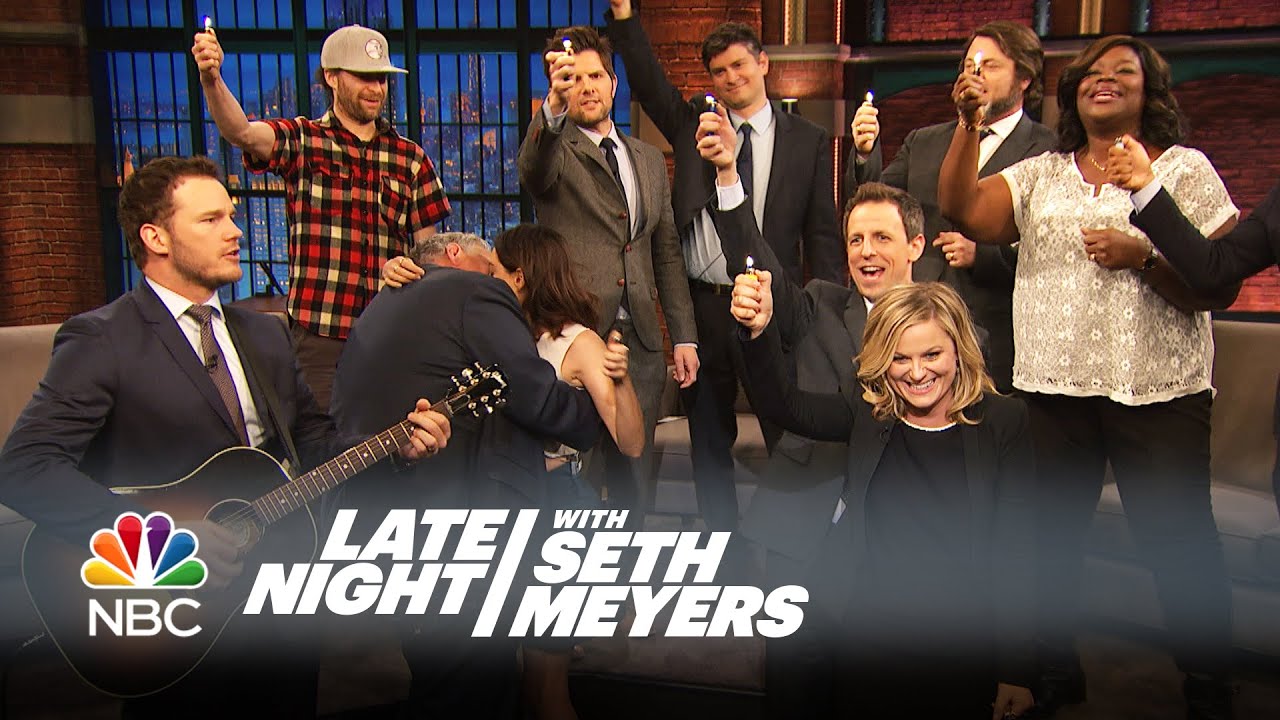