Pearl Jam know how to throw a party, and that talent certainly isn’t limited to just Eddie Vedder. No, lead guitarist Mike McCready has now announced that he’s called up a bunch of his all-star pals for a summer soiree around his neck of the woods dubbed, Peak to Sky.

“I love playing music with Chad Smith, Duff McKagan and Josh Klinghoffer. I am stoked to play with Taylor Hawkins too. Asking Brandi Carlile to be a part of this event was a no brainer,” McCready told Explore Big Sky. “This show is going to be awesome and I am looking forward to the town of Big Sky and the surrounding area coming out to rock with us. Maybe this can turn into something that lasts.”

Tickets for the festival go on sale April 19th with further additions to come. In related news, McCready recently premiered an art exhibit alongside Kate Neckel at Seattle gallery Winston Wächter Fine Art. The exhibit opened on March 22nd and will remain open until May 18th.

Meanwhile, Pearl Jam will serve as Record Store Day Ambassadors next month, which will hopefully prompt them to get back in the studio and record that much-hyped and much-delayed followup to 2013’s Lightning Bolt. Until then, catch up on your PJ vinyl collection. 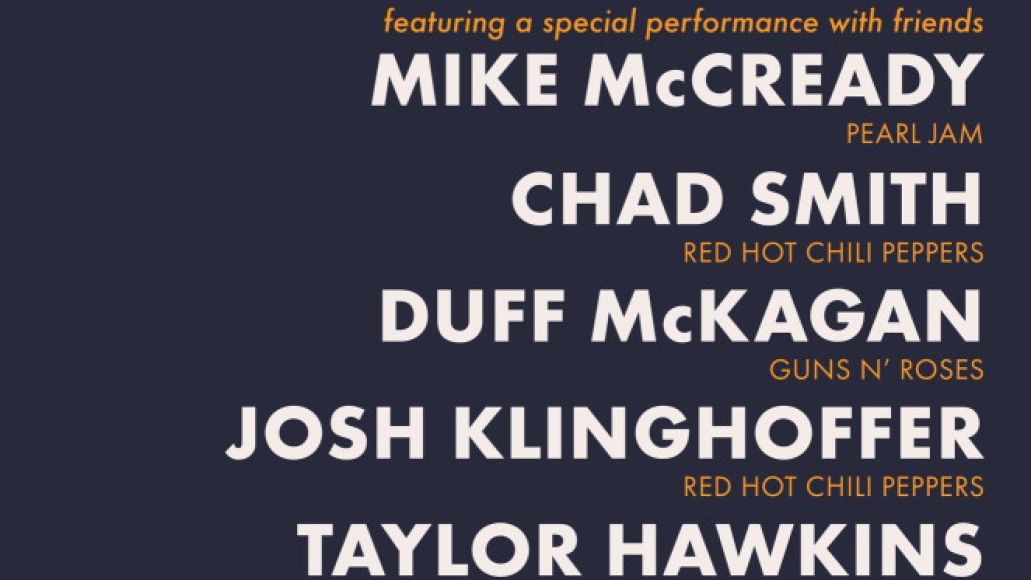