Earlier this month, Queen kicked off the 2019 Academy Awards in rollicking style with a hits-filled medley of “We Will Rock You” and “We Are the Champions”. Later in the evening, the Freddie Mercury biopic, Bohemian Rhapsody, picked up four Oscars , including Best Actor (Rami Malek). Now, the rock legends are set to embark on a North American summer tour.

Queen’s “Rhapsody Tour” will hit 23 cities over the course of July and August. Joining the band’s two remaining co-founding members, guitarist Brian May and drummer Roger Taylor, will once again be singer Adam Lambert, who has more than proven himself to be a worthy replacement of the late Mercury.

Naturally, many of the dates on Queen’s “Rhapsody Tour” are sold out. However, there are great deals to be found on StubHub. Currently, the band’s August 4th concert in Mansfield, MA offers the lowest average ticket price at $149 — some $100 cheaper than what tickets are averaging for MSG in New York. Road trip?

Pittsburgh has the lowest average ticket price ($230) of any Midwestern city, while Queen fans in the Pacific Northwest can find deals in Vancouver ($233) and Tacoma ($245). If you’re looking for an excuse to visit the Big Easy, tickets to Queen’s show in New Orleans are going for $243 on average, while admission to the band’s Phoenix concert averages at $244. 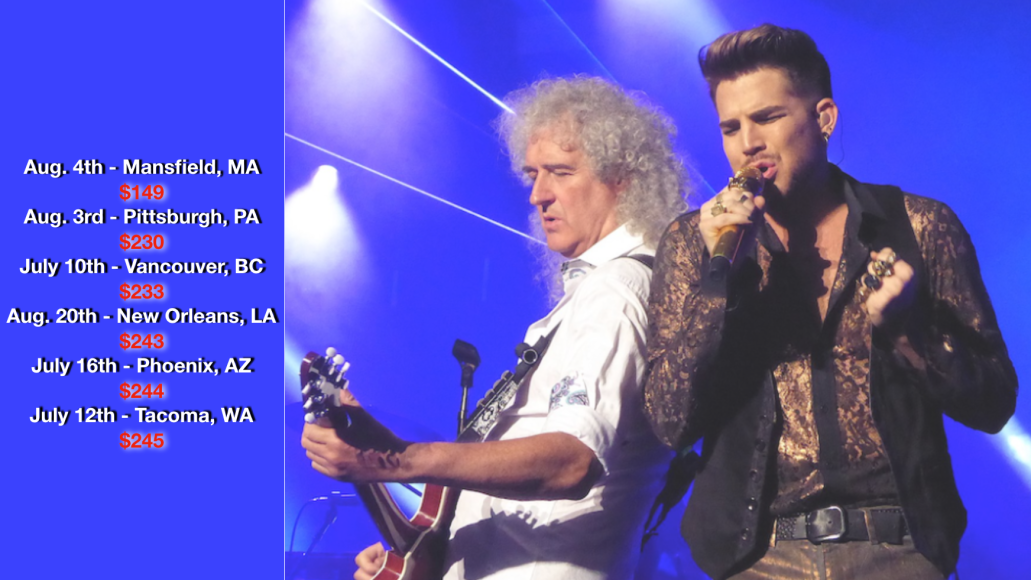