Last year (and actually, less than a full calendar year ago), John Mulaney returned in glory to his longtime former employer Saturday Night Live to host the show. The offbeat stand-up comedian’s signature brand of deeply weird observational humor has now made him everything from a go-to Twitter reaction to one of the leads in last year’s best animated movie, and the episode felt like something of a coming-out party for Mulaney the A-list star.

His second go-around often felt quite a bit like the first. A combination of bizarre high-concept stunts and cut sketches from his 2008-2013 writing run on the show once again dotted the evening, and as has often been the case with the show of late, they fared a lot better than the reactive topical humor throughout the evening. Also in keeping with last time, his monologue was less a monologue than a seven-minute stand-up performance, but there’s an ease to Mulaney’s onstage persona that turns even a structured comedy set into a loose, riffing conversation with an old friend who’s a hell of a lot funnier than you’ll probably ever be.

That easy tone ultimately came and went elsewhere, the biggest casualty of an especially oddly paced episode of the show, but at least a handful of sketches felt noticeably stranger than SNL typically attempts to pull off these days, and that’s a blessing in and of itself.

(WHERE WAS STEFON, THOUGH? YOU EVEN BROUGHT HADER BACK FOR MOST OF THE NIGHT!) 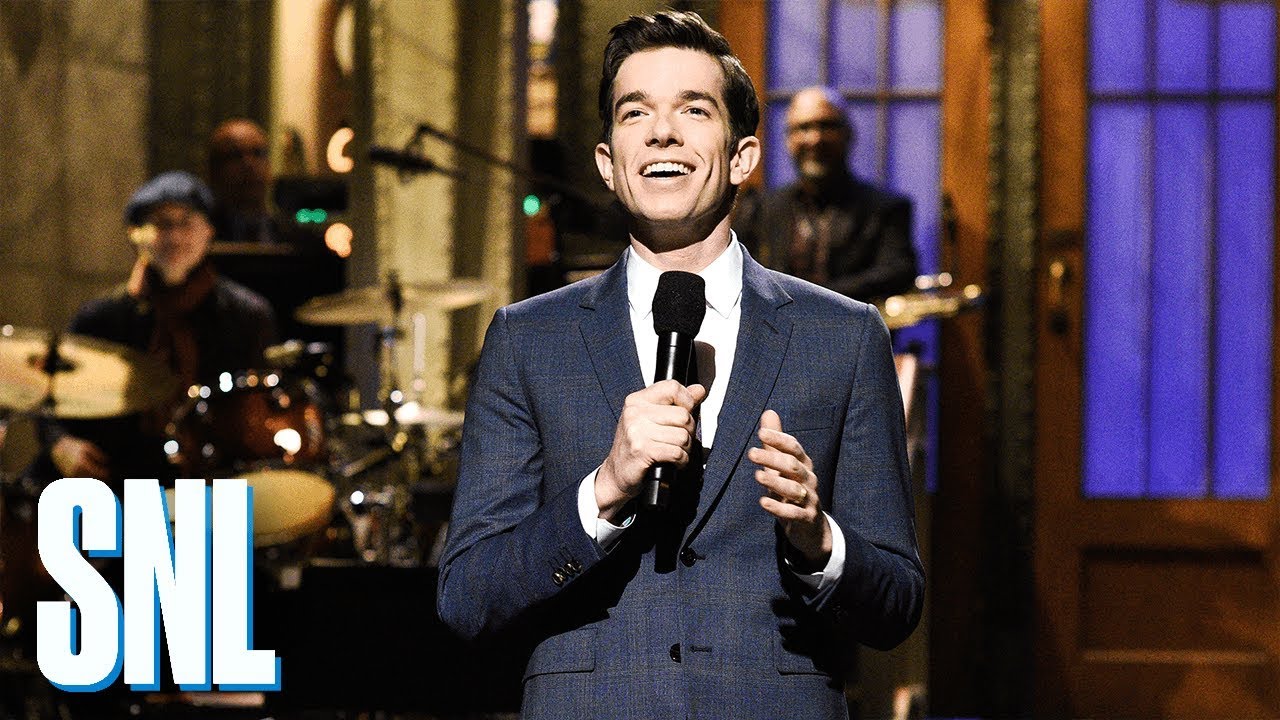 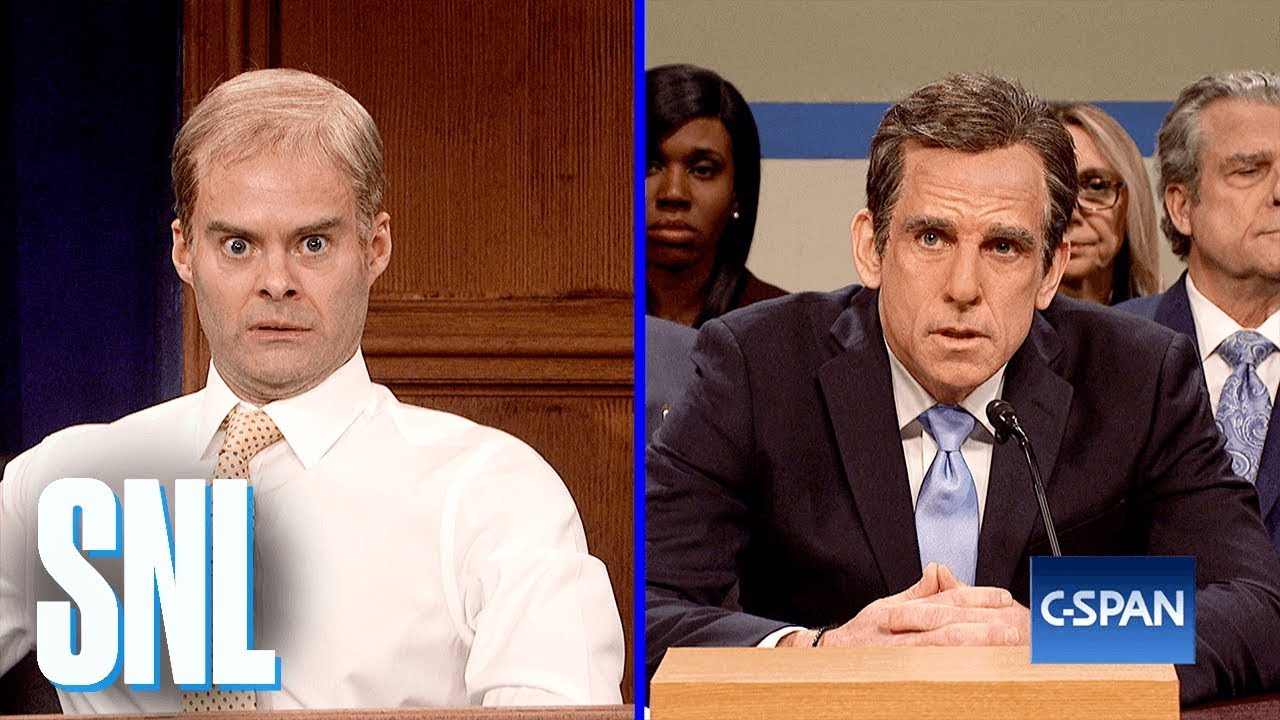 Speaking of Bill Hader, one of the show’s top stars during Mulaney’s run returned for several sketches last night, including the cold open. That cold open was the latest in a seemingly endless series of post-Trump opens that saw the show attempting to draw laughs of recognition more than any other kind, as Ben Stiller (who still doesn’t even seem to be doing any kind of a character here?) returned again to play eternally flop-sweating future prisoner Michael Cohen. Hader appeared as shouty Ohio Congressman Jim Jordan, and did about as well as he could with material that relied far too heavily on the supposed laughter of direct quotation. That’s the thing with the intro sketches these days; they’re not often that bad, they’re just boring a lot of the time, and that’s arguably worse.

Luckily, however, not much of the episode relied on in-the-news gags otherwise. Aside from “Legal Shark Tank”, which shoehorned in its references to Jussie Smollett and Robert Kraft and ended before it really ever seemed to get going, Weekend Update got to shoulder most of the topical humor. There may have been no Stefon, but Kate McKinnon and Aidy Bryant drew some of the episode’s biggest laughs as sister owners of a disreputable smoked meats company. Sure, they’re visibly trying not to crack up the majority of the time, but that can be charming when kept to a minimum, and most of the current cast is pretty great at that. 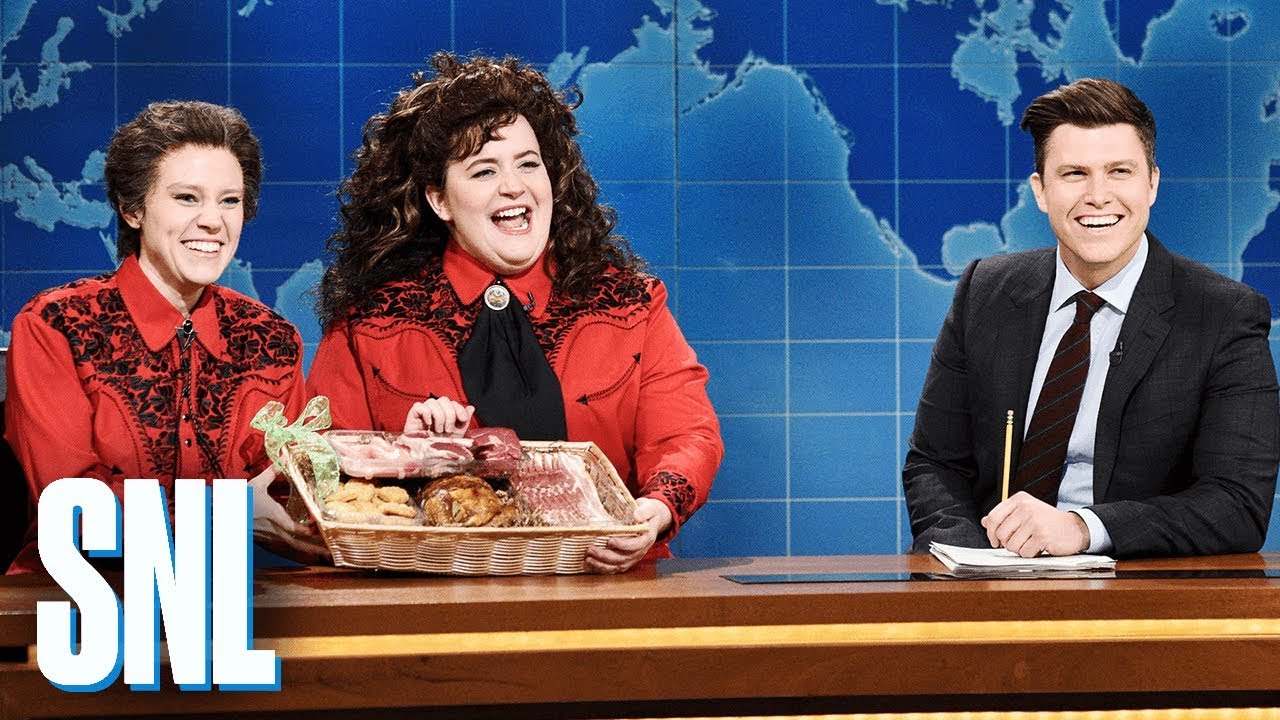 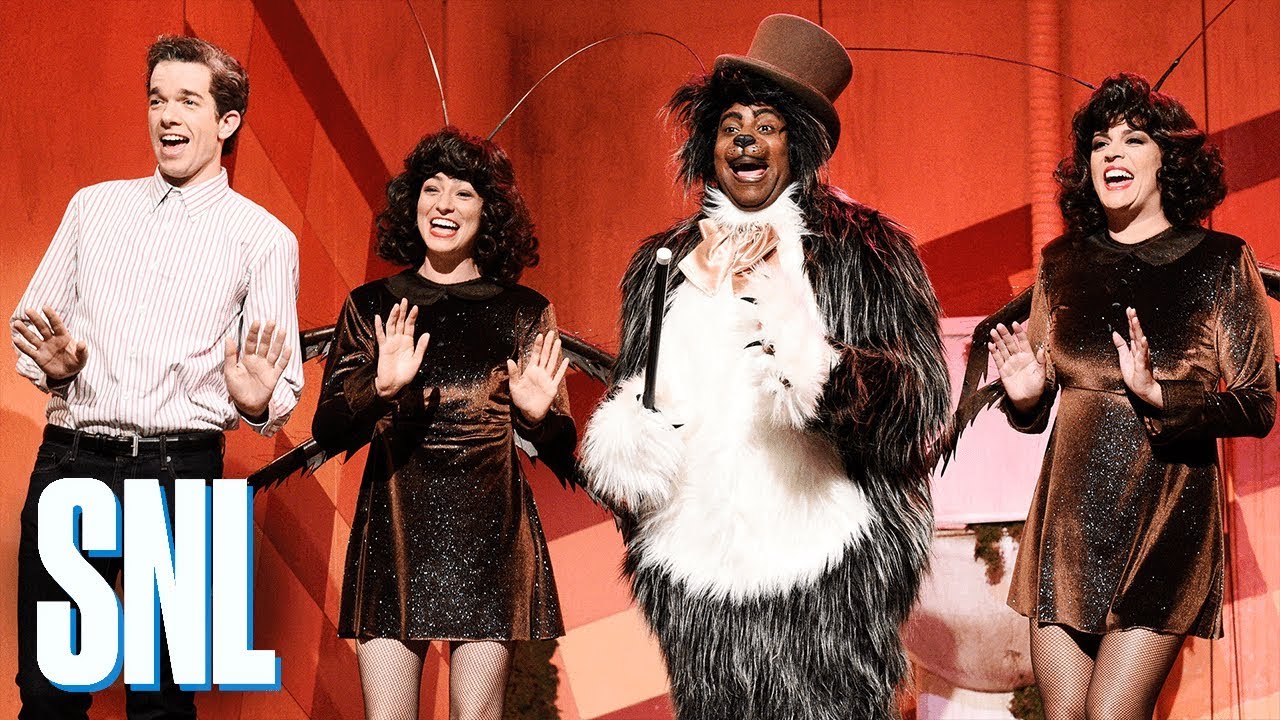 Unsurprisingly, most of the evening’s best material emerged from some of Mulaney’s weirdest inclinations as both a writer and comedian. “Bodega Bathroom” functions as a spiritual sequel to the best-of-this-era “Diner Lobster“, which Mulaney famously tried and failed to get aired during his writing tenure, expanding into a parody of several different musicals from Willy Wonka and the Chocolate Factory to Cats to Little Shop of Horrors. If it runs a little long and doesn’t quite come together in the same way as that previous, brilliant Les Miserables parody, it’s nevertheless good for a consistent laugh.

“What’s That Name?” also has the comedian’s stamp all over it, an escalating fiasco of cringing discomfort brought on by a game show in which Hader forces Mulaney and Cecily Strong to reckon with their mutual inability to remember names like those of your wife’s bridesmaids and coworkers’ wives. 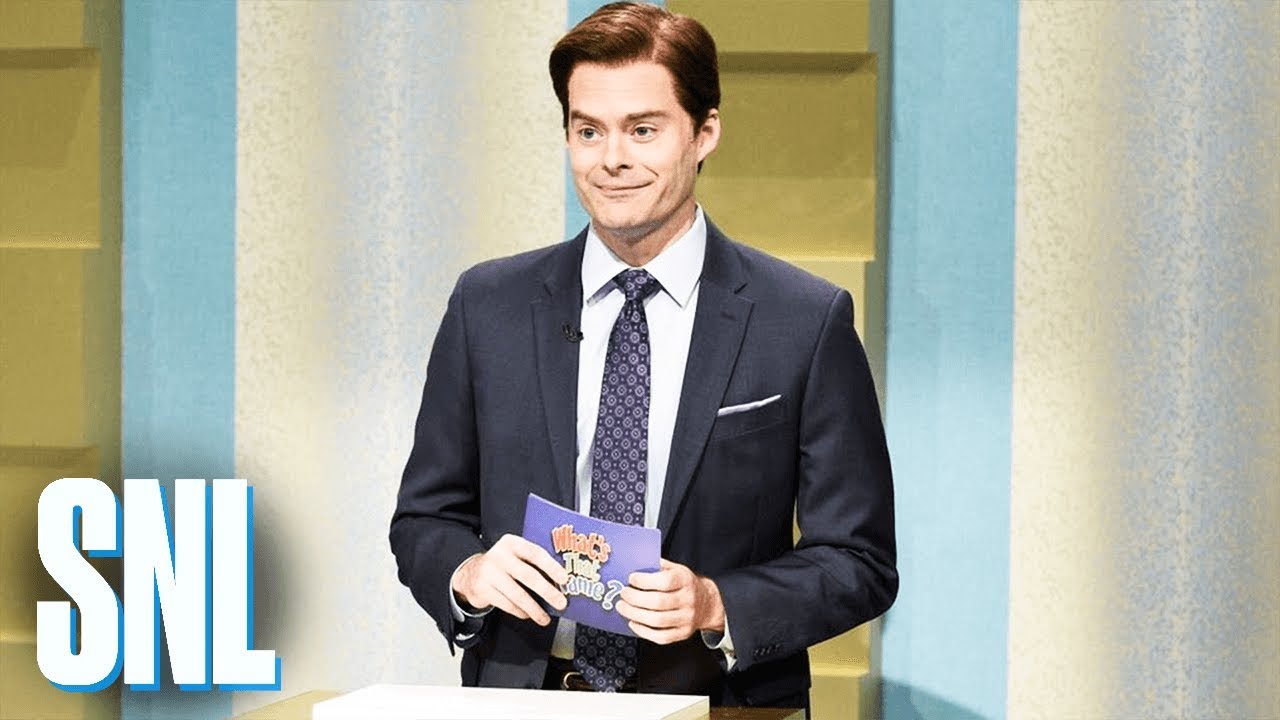 However, perhaps the night’s biggest belly laughs came courtesy of “Toilet Death Ejector”, in which Mulaney pitches a dignified propulsion system that catapults dying elderly family members from the toilet seat to their own beds, in order to preserve their dignity. It’s exactly as gross as it sounds, and by the time the sketch starts to illustrate the “margin for error” involved, it emerges as perhaps the best of the whole evening. 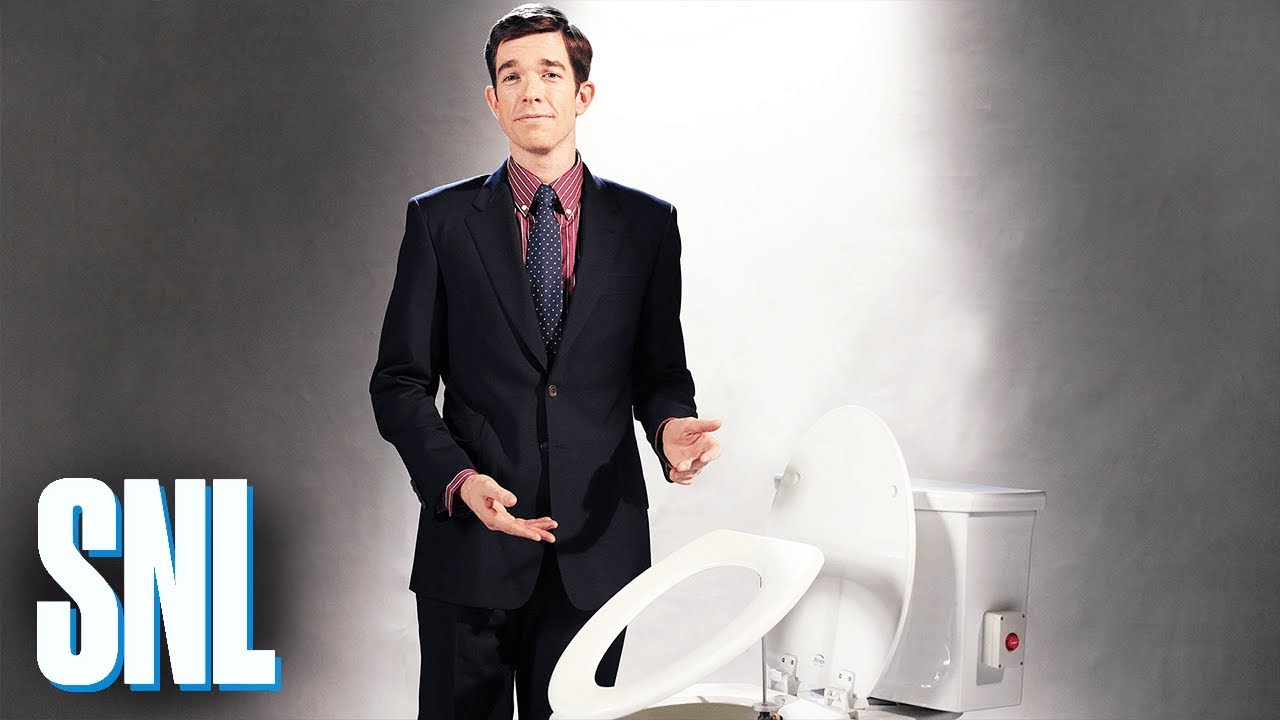 A Quick Word on Thomas Rhett

In what has to be one of SNL‘s most laughably milquetoast musical performances in some time, rising pop country star Thomas Rhett came on to establish that there is in fact a Faygo to Maroon 5’s RC Cola. Truly remarkable.

(A commercial for Rhett’s upcoming summer tour, featuring him and three openers whose names all sound so interchangeably similar that they may in fact all be the same person, participating in an elaborate party music ruse. Stay woke.) 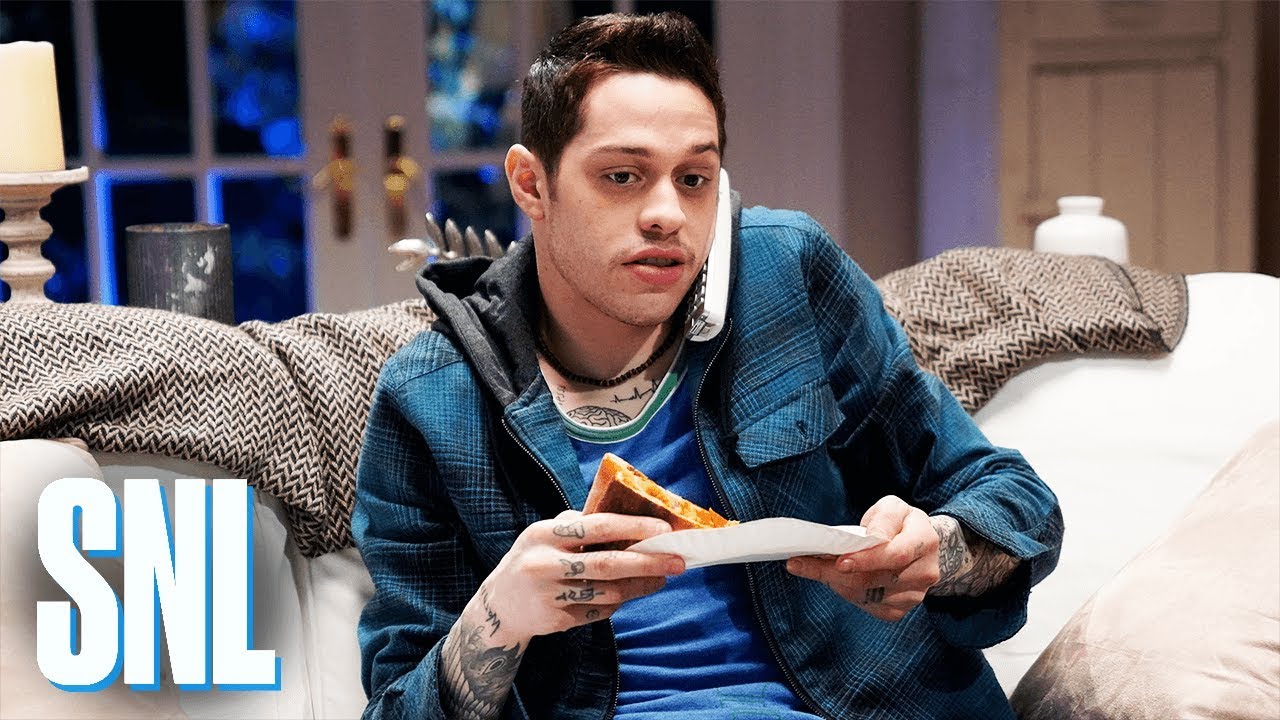 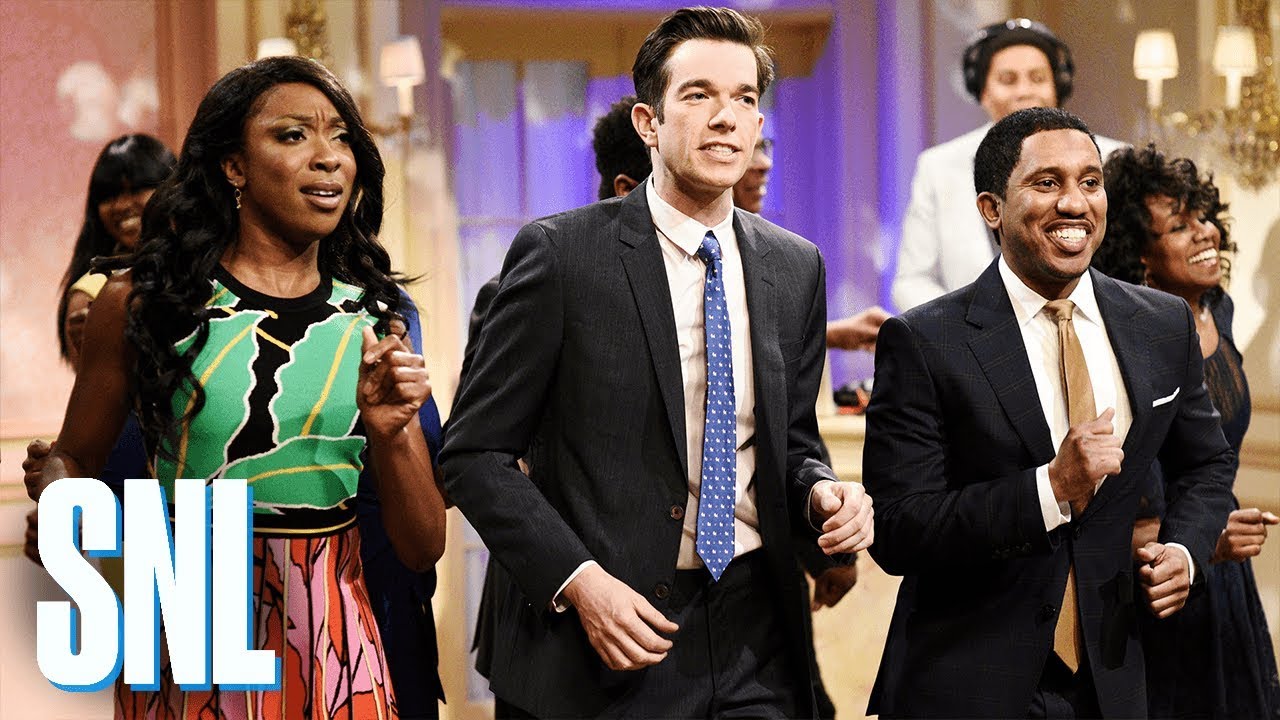