The Get Up Kids reunited in 2008, but have since only released one full-length: 2011’s There Are Rules. There were also a pair of EPs — 2010’s Simple Science and last year’s Kicker — but not a proper follow-up LP. Today, the indie emo pioneers have finally announced their first album in eight years, Problems.

Set for a May 10th release via Polyvinyl, the record came together over a three weeks in Bridgeport, Connecticut with the aid of producer Peter Katis (Kurt Vile, The National). Taking a “decidedly pop-minded approach to song structure,” they wrapped their trademark anthemic choruses around the anxieties and loneliness of the modern age to create a “shared experience, giving way to an unbreakable solidarity.”

As a first listen, TGUK have shared the video for the record’s lead single, “Satellite”. With soaring melodies elevating the lyrical unease (“It’s a long way down for me”), the track shows a band that’s older but no less adept at churning out earnest, cathartic hooks. In a press release, frontman Matt Pryor said he began writing the song about his introverted 14-year-old son, but eventually the focus shifted. “…Somewhere down the line I started singing about myself,” he said, “about how even when you’re playing a show to a room full of people, I can still feel anxious and isolated.”

To mirror these sentiments, the accompanying video from director Kerstin Ebert uses a cardboard man named Hank to represent the feeling of isolation in a big city. Check out the clip below.

The Get Up Kids have a trio of South by Southwest gigs set for next week, including Consequence of Sound’s own show with Brooklyn Family Reunion alongside artists like Reignwolf, Laura Jane Grace & The Devouring Mothers, Tasha, and our March Artist of the Month, Alice Phoebe Lou.

Problems is available for pre-order now, and you can find the tracklist and album art below. Pick up some of TGUK’s past records on vinyl over here. 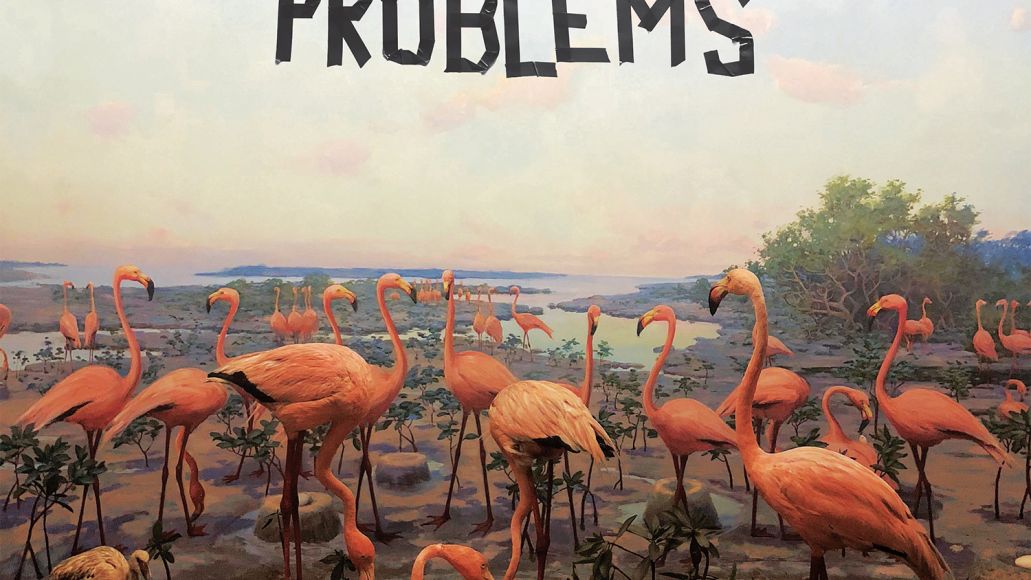