There’s a tension at the heart of The Matrix. The film frames its machine-forged digital ecosystem as a prison, as a lie intended to keep humanity docile. It’s the work of an authority that means to tame us. But the Matrix itself is also a world of unlimited possibility, one where you can look cooler than the real world would ever allow, do what no flesh-and-blood human ever could, and see and feel and experience things that simply aren’t possible outside of this virtual space. The film quickly establishes a tug-of-war between the true but meager subsistence the real world offers and the blinding but comforting falsehood of the world made out of ones and zeroes.

The inherent push and pull between those two realms keeps The Matrix resonant 20 years later. Granted, certain elements of the film feel dated, like the phone-centric imagery that made sense in an age of dial-up but seems quaint in an era of ubiquitous connectivity. And yet, beyond the movie’s stunning action, intriguing and adaptable premise, and philosophical bent, the thing that makes the film remain so potent and prescient in 2019 is how that essential dichotomy it presents is still with us.

Because there’s an escapism to The Matrix. As much as Morpheus (Laurence Fishburne) warns that the machine-built reality is simply a means of control that must be destroyed, the fight to destroy it still looks undeniably awesome. Badasses in black leather run along walls and leap across chasms. Regular Joes learn kung fu at the push of a button. Gunfighters in sunglasses blast away enemies in a ballet of impossible movements and a hail of bullets. Yes, the Matrix itself is supposed to be a bad thing, a palliative, a trick. But the Wachowskis, who both wrote and directed the film that takes its name from that world, also make it look really damn cool. 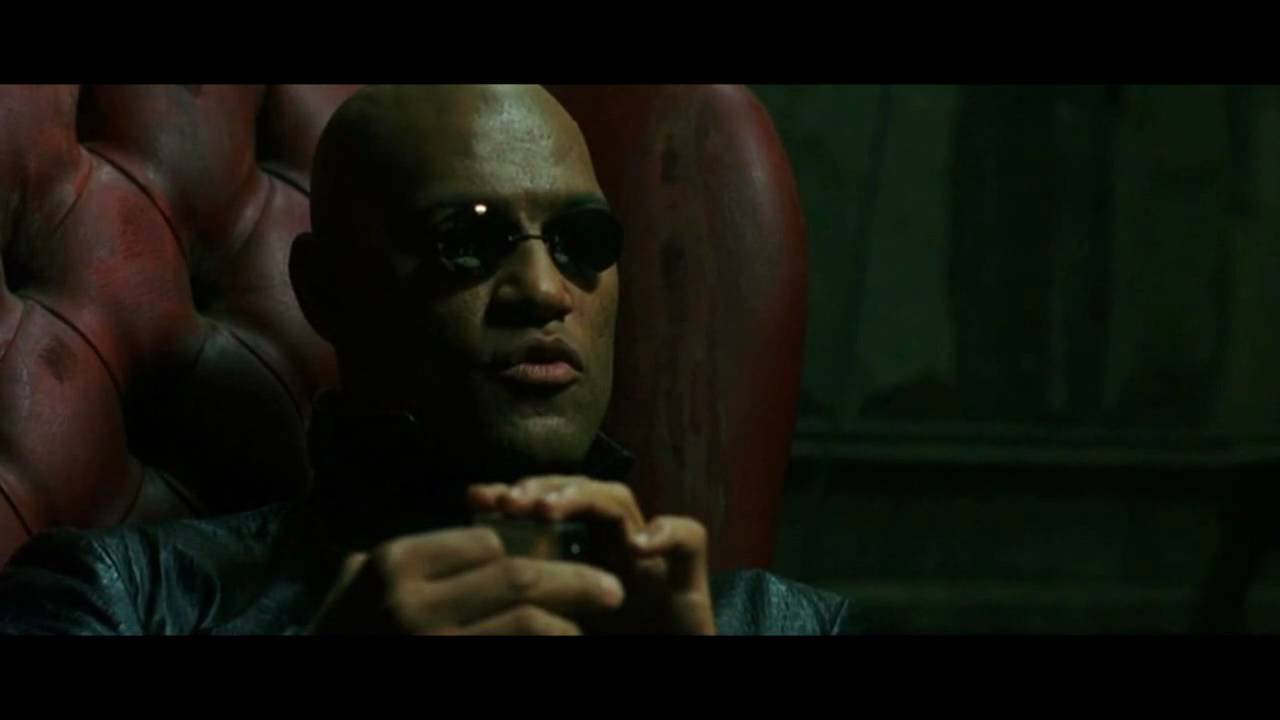 But they also play in the space of the differences between the normal lives people live and the lives they create for themselves online. Agent Smith (Hugo Weaving) lays it out when he first interrogates Neo (Keanu Reeves). He draws the contrast between the man who works in a cubicle farm and pays his taxes and the rule-breaking hacker who logs on to break the rules and live a far more extraordinary existence. That, in and of itself, is not so novel. Contemporary films as varied as American Beauty, Fight Club, and Office Space all toyed with the same notions of awakening from the sedating structures of late 1990s prosperity and discovering what’s really important. And yet, only The Matrix posits the rise of the internet, and the alternative worlds it creates, as essential to that awakening. That deft choice keeps it strongly, and even sadly, relevant 20 years down the line.

In an era where people look beyond their individual communities to become “woke” or radicalized or even vaccinated after dipping into the digital world, it’s not hard for Neo’s story to remain resonant in the modern age. There’s something elemental and appealing about the internet offering both an outlet and an escape. That’s not an inherent good, however, as the online spaces devoted to conspiracy theories, actual “fake news,” and the abhorrent “redpill” community demonstrate with depressing regularity. Still, there is a sense in The Matrix that the vast reaches of cyberspace allow people to remake themselves as who they’re truly meant to be. It allows them to unbind their souls from the humdrum lives led in meatspace and reach this place of unlimited potential, where they can find new communities, do anything, be anyone. It’s hard not to see the attraction of that idea in both 1999 and 2019.

But the other half of that equation, the thing that makes people want to reach out for that escape, is also the other thing that makes The Matrix still so relevant in this day and age — the sense that something is ineffably, inexplicably wrong with the world.

Granted, the form that feeling takes in 1999 is different from the tone it strikes in the here and now. Agent Smith describes the Matrix as set at the peak of human civilization. The green ’90s sheen in the film’s aesthetic contributes to its message that things look healthy and well on the surface, but that there’s something ugly and unseen underneath it all. It’s akin to the “dark heart of suburbia” that had practically become subgenre in the late ’90s.

In 2019, however, it feels like that black underbelly has slowly but firmly emerged from those dark places that once contained it. It feels like there’s something fundamentally broken within our communities, like the tectonic plates that once were the foundations of our societies have gradually crashed into one another, causing earthquakes and aftershocks that leave us unsteady and uncertain. And no one seems to know how to fix it.

That’s the other big pull of The Matrix. The most alluring bit of verbiage in Morpheus’ long line of monologues encapsulates the idea. “You’re here because you know something,” he says to Neo. “What you know you can’t explain, but you feel it. You’ve felt it your entire life — that there’s something wrong with the world. You don’t know what it is, but it’s there, like a splinter in your mind, driving you mad.” The form of that splinter may have changed, the cracks in the foundation less hidden now than they were when the Wachowskis first wrote those lines. But the same sense of something fundamentally wrong remains and keeps Morpheus’s cult-like enticement still so inviting. 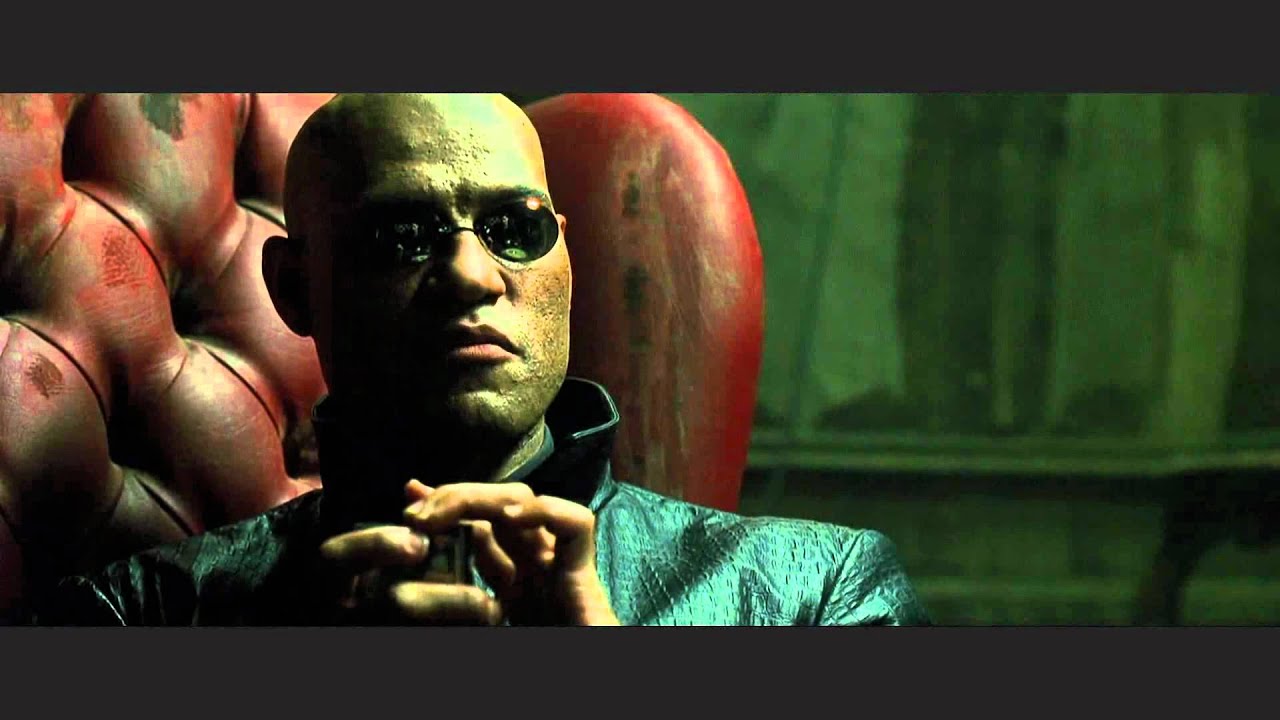 So many people today feel that same sense that something is deeply wrong with how the world works, even if they can’t quite put their finger on it. As much time as The Matrix devotes to setting up its virtual reality as a gilded cage, it also captures a palpable sense of dissatisfaction with actual reality. It translates that gnawing feeling that something is deeply wrong in the core (or the code) of our world, something that desperately needs to be fixed, that’s just as applicable 20 years later.

That too is an elemental sentiment the film taps into. As stunning as The Matrix’s visuals were and are, and as much as the movie is steeped in philosophical questions about the nature of reality and choice, it ultimately offers a standard if durable “chosen one” narrative. What marks it as distinct and catalyzes its lasting appeal is how it blends those two essential parts of the movie’s theme. The film combines both ideas into something that feeds the audience’s desire for digital escapism and blends it with their desire to fix what’s broken in our world … and in ourselves.

Neo and his cohort become the best versions of themselves in the Matrix, learning the truth, exceeding their limits, and breaking new paths. They look impossibly cool and rousingly self-actualized in the process. But at the same time they’re doing it all to right what went wrong, to cure the world of the rot that everyone feels but no one can articulate. Two decades after its debut, The Matrix is still so potent and so resonant because it anticipated a world where our lives online would begin to subsume our real lives, for good and for ill. And despite (or because of) that, we still can’t help but sense that this way of life, the levers and pulleys of our societies, are calibrated all wrong. Most of all, it feeds our sense that we need someone or something to emerge and help us fix that and save our true selves in the process.

The Matrix Was Prescient About the Online World, But Also the Real World