The Pitch: Sixty years after the original series changed the course of science fiction forever, The Twilight Zone returns for a third revival, only this time the keys of imagination are in the hands of Jordan Peele. The Oscar-winning screenwriter and blockbuster director brings a unique vision to Rod Serling’s landmark series, all without losing the tone, the finesse, and the smoky swagger that made it so iconic and enduring.

Peele is an outlier among those mouths of madness in the sense that he’s always proven to eschew any such chaos. He’s a mastermind of commentary, something he proved time and time again on Comedy Central’s Key and Peele, and most notably with 2017’s Get Out and this past weekend’s Us. With The Twilight Zone, however, he’s truly filling in the shoes of Serling by offering a soap box for writers to talk about the world-at-large.

What separates him from, say, those involved in the ’80s revival and the post-9/11 flop are two qualities that Serling had in spades: style and wits. Peele not only has a keen eye on the world around him, but knows the right doors to open. There’s a magic to his brand of storytelling that’s original, but more importantly, ubiquitous. That’s always been the fundamental nature of this series, and what’s also been missing in the wake of Serling. 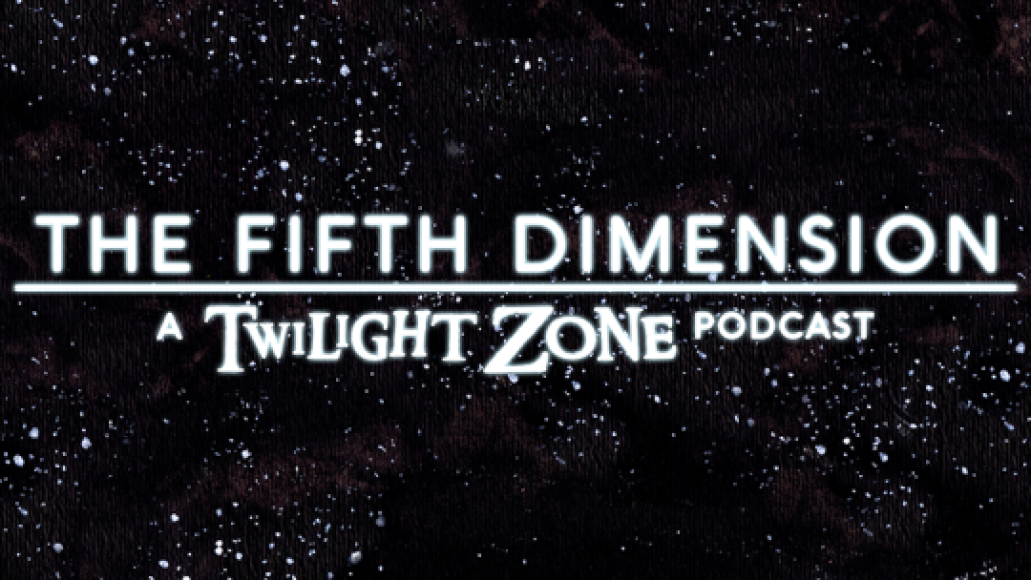 Better yet, he knows where he’s going. Even at his craziest and zaniest, as he so often was on Key and Peele, you never got the sense that he didn’t know how to get from point A to point Z, which is why his execution on this new revival isn’t particularly revelatory. What is revelatory is his sense of wonder in that he’s able to tickle that brain with morals and lessons, while never wavering from what’s most essential: story.

That’s where Serling and his team of writers always strived, even at their clumsiest, and, yes, the show was at times clumsy. Granted, we’ve only seen four episodes of the new revival, but there’s already this sense that Peele isn’t prioritizing the closing monologue, but the journey toward it. Because really, when you look back at the most effective episodes of the classic run, you’re not thinking of Serling’s words, but the actions behind ’em. 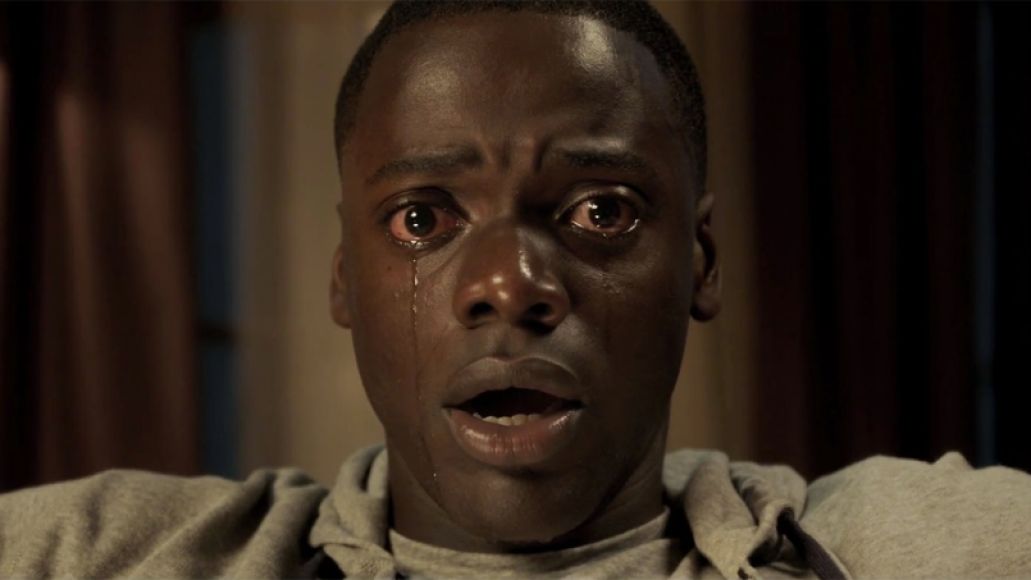 It also helps that Peele has a knack for invention. With just two movies under his belt, he’s already added two new original constructs to the pop culture lexicon, from “The Sunken Place” to his already-adopted notions of “The Tethered”, and while that’s a lot of credit for such a short run, that kind of accreditation has also been ceded to past luminaries early on, be it Stephen King, or Steven Spielberg, or Spike Lee.

That’s why when he first appears as The Narrator in this new run — again, this review is taking great pains at not spoiling a single thing ahead of its April 1st premiere — there’s this built-in confidence at his guidance in the Zone. Without leaning too hard on hyperbole, it’s chill-inducing, to the point that even the greatest naysayers of this reboot might have to pinch their arm at believing this is finally working again. 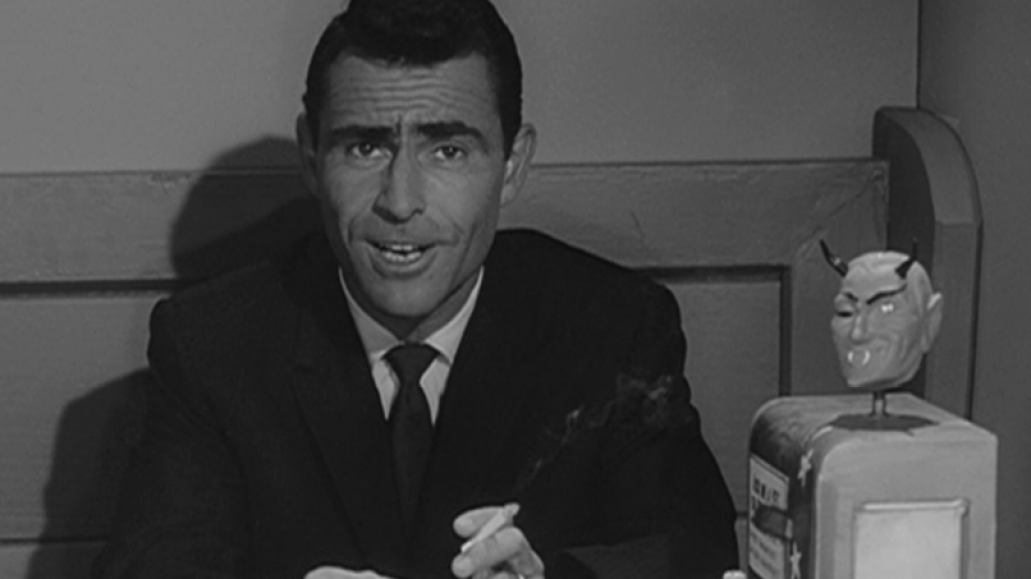 (Read: The Twilight Zone in 10 Episodes: A Guide to Rod Serling’s Greatest Hits)

A World of Difference? When The Twilight Zone first aired, Eisenhower was president, Nixon was VP, and the states of Alaska and Hawaii were the country’s newest neighbors. Culturally speaking, it was the calm before the storm of the ’60s, when tensions among Americans were slowly and surely simmering, but mostly behind closed doors in cities, small towns, and neighborhoods that seemingly highlighted prosperity.

What The Twilight Zone offered, however, was a medium for Serling to discuss these hush-hush tensions in an arena that felt distant yet eerily close. Yet these stories were assuredly American, which is why Serling’s science fiction was so palatable, opening the door for the genre to the masses as opposed to just the quirky kid with the rumpled comics under his bed and a penchant for writing to NASA on a weekly basis.

Peele gets that, and he’s accomplished as much with his own pre-Zone offerings, which is likely why horror has become such a mainstream success in the aftermath of Get Out. Yet unlike Serling’s America, Peele is contending with a country that has very much boiled over, where the fires can be seen with a click of a mouse, and change can be felt every time someone steps outside. In lesser hands, this would be all too easy to overindulge. 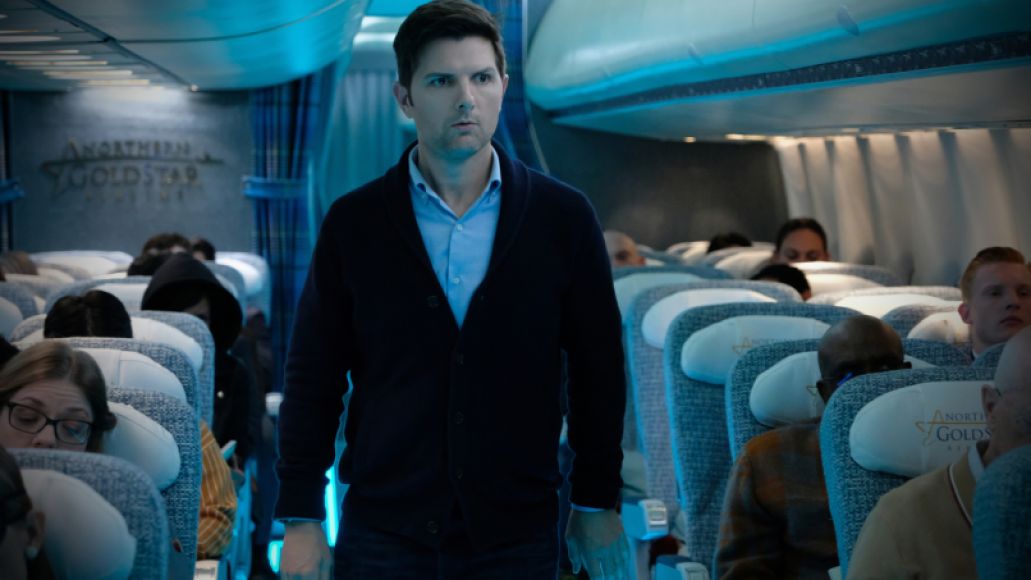 Adam Scott in The Twilight Zone (CBS All Access)

He doesn’t. What we see in these episodes is a patient orator, willing to pepper the anxieties of our current state in stories that would work now, yesterday, or even a decade ago. In the series premiere, the rekindled “Nightmare at 30,000 Feet”, we watch what happens when good intentions go unchecked. In “The Comedian”, we watch a comic lose his personal life for the sake of success. These are timeless feelings.

Yet they’re fairly prescient depending on how you pivot around them. “The Comedian” could just as well be a commentary on the current cancel culture we celebrate with pride and self-righteousness, or it could be a missive on the intimacy we demand from our entertainers. “30,000 Feet” is even more elusive, leaving one to chew on the ills of white saviors, the blindness of racial profiling, or even the pitfalls of precaution.

What you draw from them simply amounts to your own perspective, which is the genius of Peele’s craft, and why so many writers and fans are going to relish this series from here on out. This is amorphous storytelling that insofar exists beyond any confined space, and there’s an economy to that creative liberty that should remind viewers of the power of this series and the limitations of its many descendants (see: Black Mirror). 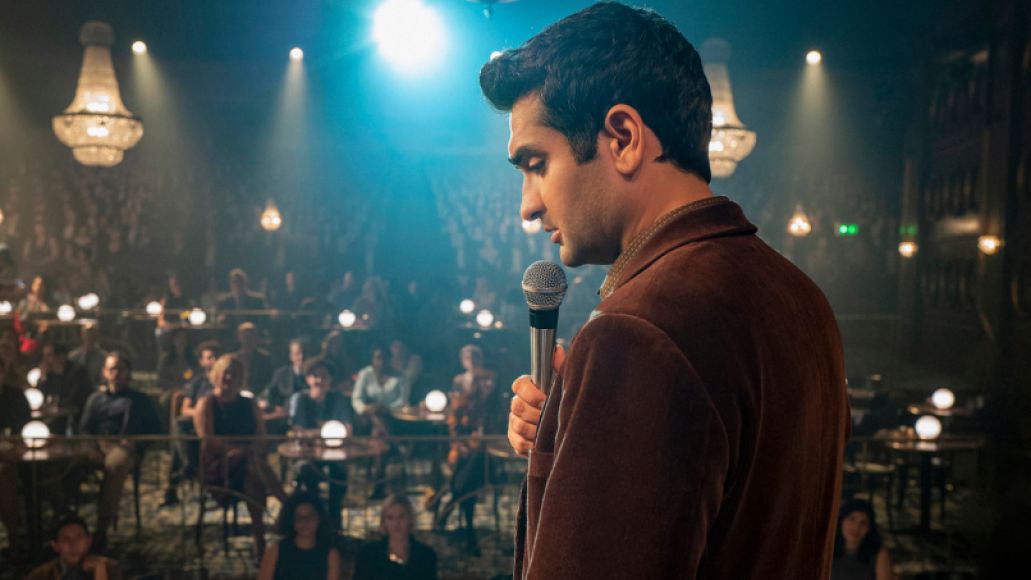 Kumail Nanjiani in The Twilight Zone (CBS All Access)

Kick the Can: That’s not to say this is just a complete revisitation of everything that came before. Not at all. This is a sexy and stylish facelift from Serling’s era, and certainly from any of its expansions, be it the 1983 anthology film, the popular radio dramas, or even Forrest Whittaker’s oft-forgotten foray. Like the best of today’s reboots, this feels like a modern reevaluation that updates the quality and style of what came before.

It’s also very adult. By being on CBS All Access, Peele is afforded the kind of creative liberties to make this series go toe-to-toe with the prestige television of today. The characters can curse, they can act ugly, they don’t need to look like the cookie-cutter version of network television that has plagued any past revivals. Things feel real again, and ironically, that reality helps nurture whatever strange that sets in.

These aren’t winded 30-minute gasps, either. No, these are extended episodes that hearken back to the latter era of Serling’s work, admittedly a time when the writers actually struggled with the extra sheets of paper. Not here. At least not yet. The extra time, instead, allows Peele’s team to breathe in the moments, injecting a little nuance to the proceedings that, in turn, get to weave in a number of unpredictable ways. 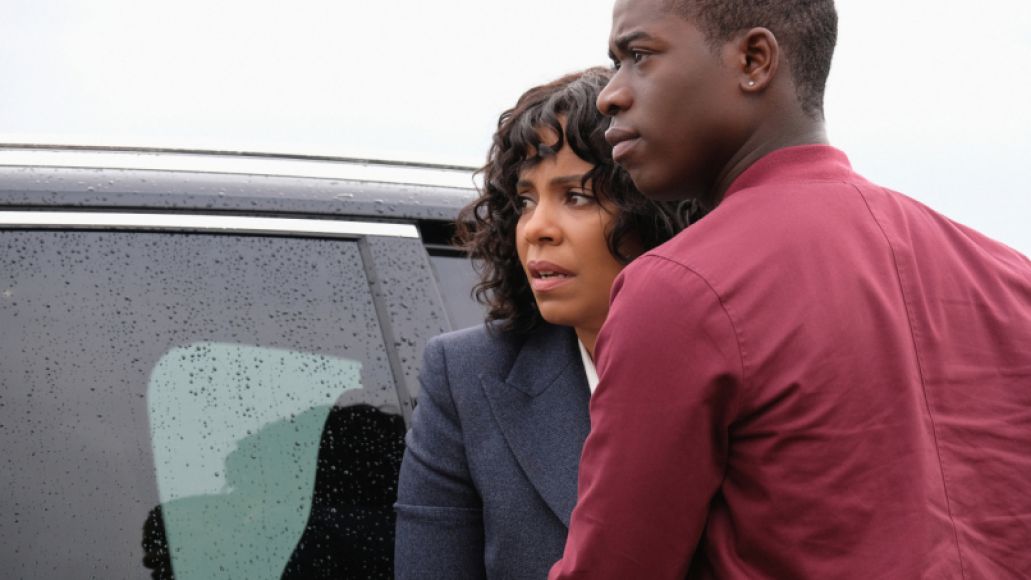 All of this is benefited, of course, by the series’ A-list cast of incredibly diverse talent, from Kumail Nanjiani to John Cho to Steven Yeun to Sanaa Lathan. To be fair, Serling’s run was incredibly revolutionary at the time with regards to casting — in fact, in the first season alone, his series was offering unlikely roles to black performers (see: “The Big Tall Wish”) — but this is a total leap forward and it’s instrumental to its success.

Namely in the sense that the eclectic casting winds up aiding in the aforementioned familiarity that Peele’s team goes on to puncture. Finally, we’re seeing America in ways that Serling attempted to capture through class. Only now, this kind of inclusion opens up the world to an even wider range of stories, which unlocks more doors for more even more predicaments that adds even more paper to the proverbial typewriter. 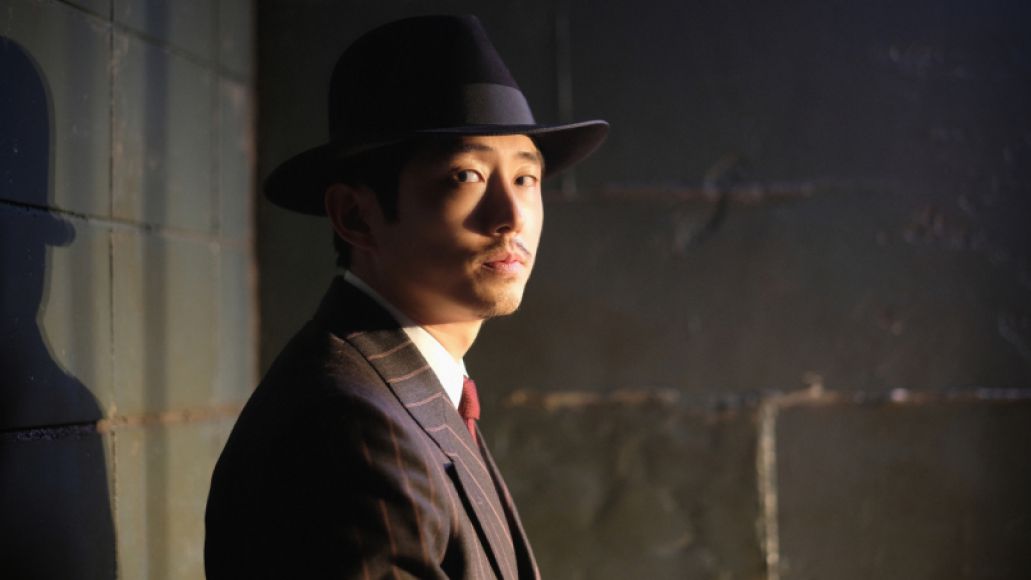 Steven Yeun in The Twilight Zone (CBS All Access)

The Verdict: Well, that’s one word to describe this new revival. But behind it are other sweaty adjectives like “invigorating”, “exhilarating”, and “monumental”. Rest assured, they’re all earned. This is the kind of anthological event television that viewers have been bereft of in recent memory. Because as much as we love unraveling a long-form narrative, it’s the short stories that allow for varied discussions, and we need that today.

Some may write the series off as another lazy remake, but that would be missing the point. With The Twilight Zone, Peele has found a sturdy platform to tell original stories with great frequency and that’s his M.O. As he recently told Rolling Stone, “The whole idea of building an empire is so second to the idea of getting to constantly work on these things. It sounds stupid, but the best reward is getting to work, getting to make, getting to create.”

The Twilight Zone offers that and so much more for Peele. To borrow from Serling, it’s a highway of impossible imagination, one that leads to the land of the different, the bizarre, the unexplainable, and given Peele’s aspirations, he’ll go as far as he wants to on that road. If only because the only limitations he’ll have is the mind itself. Ladies and Gentlemen, we’re entering a wondrous dimension, and only he knows the next stop.

Where’s It Playing? The Twilight Zone premieres on CBS All Access on April 1st. 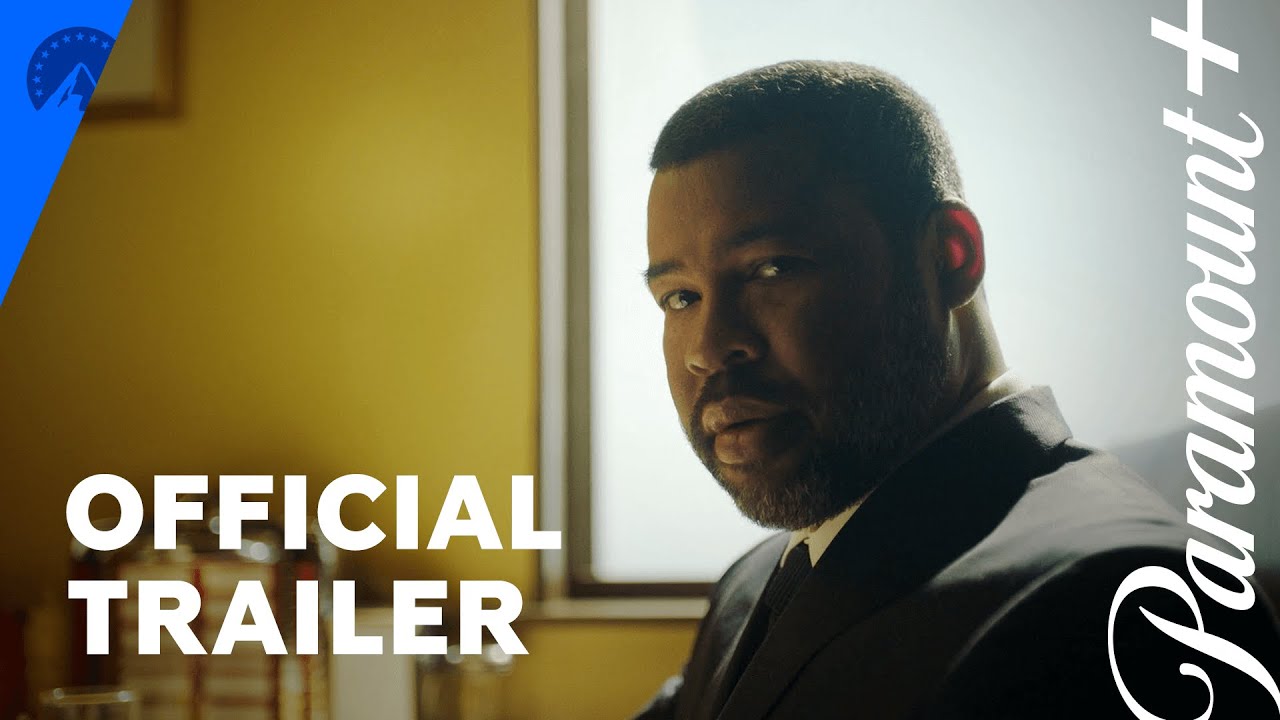