In December of 2017, one video rose to the forefront of the endless cacophony of content that circulates Twitter. It showed tens of people (read: strangers) dancing together on the Times Square subway platform, as what had just become the nation’s most-heard song blared from someone’s portable speaker. It was unifying and inciting and feverish. It was Cardi B’s “Bodak Yellow”. And it was a sign: The Invasion of Cardi B had begun.

Although her success seemed to happen overnight, Cardi herself had been plotting her coup for years. She cultivated her signature idioms, zealous fanbase, and addicting presence first on Vine, then as a cast member of Love & Hip-Hop: New York, and finally as a young artist opening for the likes of Remy Ma and Lil’ Kim. As she played small gigs across the country, she observed the different styles of music that reigned supreme in each region. As scientists study their subjects, so did Cardi study her audience. She then crafted “Bodak Yellow”, what she describes as the results of her research, a track intended to be nothing less than a universal anthem. It exceeded expectations, and from there, she steadily grew into a phenomenon. Over the last year and a half since her official inception, these are the moments — some uplifting and some messier — that have made Cardi all that she has become.

The infectious hit single proved unstoppable. Just like Cardi herself, the song climbed steadily until the sensation became overbearing, and it went No. 1 on the Billboard Hot 100 list. With this accomplishment, Cardi became the first person of Dominican descent to reach No. 1 on the charts — ever. The data was reflected in the real world, too: You couldn’t walk into a bar without hearing a mass of bodies yell, “These is bloody shoes.”

“Bodak Yellow” may have shot Cardi into relevance among most people ages 12-35, but nothing quite grabs the attention of older white people like Bruno Mars. With her feature on the “Finesse (Remix)”, Cardi prevented anyone from feigning ignorance of her impact. Mars knew who he was messing with, too. There’s a reason why the song starts with her feature: It’s the real hook. So as she and Mars strutted around donned in ’90s clothes, she became a household name. 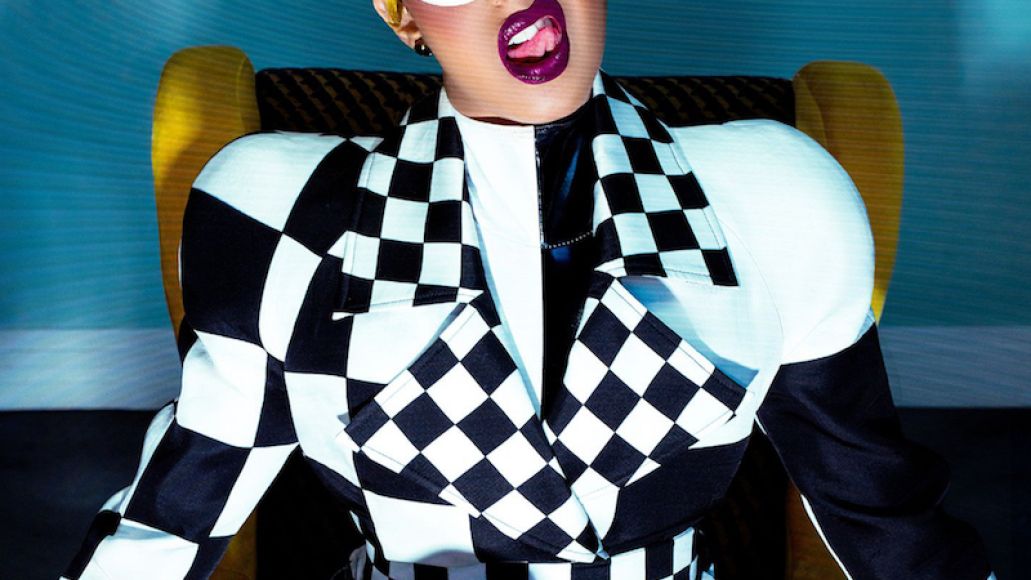 At this point, Cardi had made it clear that she could make a hit single, whether she’s on her own or lifting up someone else. But now, there was a colossal amount of pressure residing on her ability to produce a full-length album. The hip-hop world held its breath as it waited to find out whether Cardi was a serious rapper. She was. Invasion of Privacy is comprised entirely of strong songs; some are deep confessionals about heartbreak while others radiate positivity and recognize the power of progress. It showcases her versatility — both technically and emotionally — and has exclusively complementary features and multiple smash hits. Not only was Invasion of Privacy critically acclaimed (Consequence of Sound named it a top 10 album of the year), but the decision was pretty unanimous: Cardi B’s career was not something to be taken lightly.

Performing on Saturday Night Live after the release of a new album isn’t revolutionary. But here’s what is: Cardi B tackled this career pinnacle while six months pregnant. And what’s more, she was at the top of her game; critics were gushing over her new album, she had multiple singles topping the charts, and she was riding high on her meteoric rise. As the camera panned down to reveal her standing in a form-fitting, floor-length white gown, she actively stomped on the antiquated presumption that a woman has to give up her career to raise a child. She was simultaneously proving that she was at the peak of her career with no signs of stopping and displaying the raw power of being a woman.

Tied together perfectly by the forces of Cardi, Bad Bunny, and J Balvin, the smash hit “I Like It” reeks of summer. It was no surprise that two months after the initial release, the sensual Spanish lyrics were omnipresent in the streets of most major cities. It was even named as Rolling Stones’ “Song of the Summer.” With the help of Latin music’s biggest stars and a sample of Pete Rodriguez’s timeless song “I Like It Like That”, Cardi used the electric track to pay homage to her Dominican roots. For a second summer in a row, Cardi had the song that was blaring through car speakers and out of apartment windows.

10 Moments That Signaled the Cultural Invasion of Cardi B