As the last notes of “thank u, next” rang out over Ariana Grande’s Coachella performance two weekends ago, they helped close one festival and kick off hundreds more. Festival season is really, truly upon us, that sun-soaked season that sees young people from all over the world crisscross America in search of life-changing music and memories.

For such a carefree pastime, the process of planning the perfect festival trip for you and your crew might seem more daunting than expected. One thing that doesn’t have to be difficult is buying tickets. That’s where StubHub comes in. The online ticket marketplace makes experiencing your favorite festivals a snap, whether you’re trying to get into Outside Lands, voting yes for Governors Ball, or skanking all the way to Riot Fest.

Speaking of those festivals: since we spend an inordinate amount of our days thinking about music festivals, we thought we’d make things easy for you, too. Read on for a list of the 2019 festivals that we’re most excited about. We’ve even included ticket links and info on the nearest airports to each ones, just in case the travel bug bites. Pick your festival with us, buy your tickets with StubHub, and take off on an adventure that’s yours and yours alone. If there’s an easier way to have a good time, we haven’t found it yet. 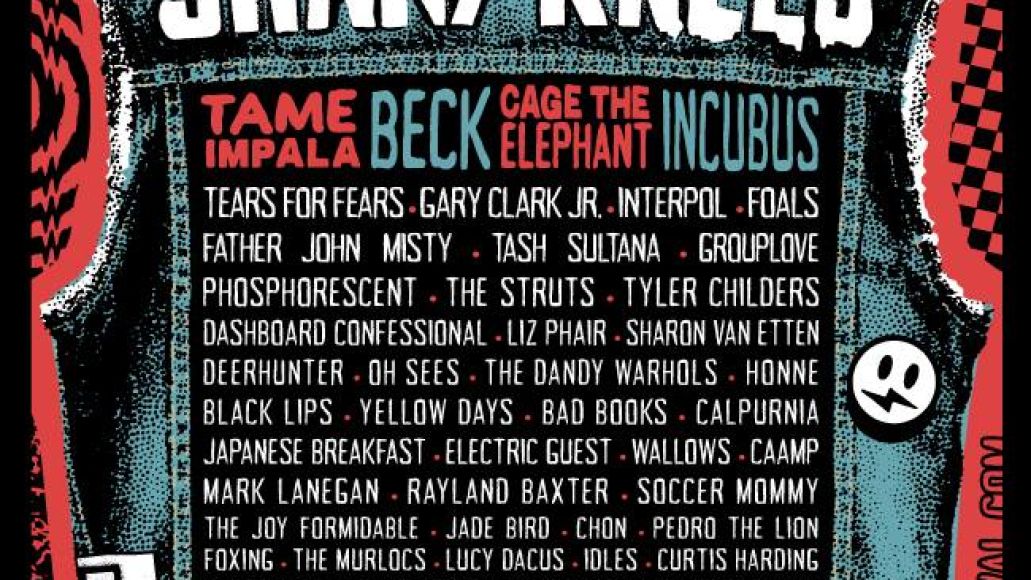 Why We’re Excited: Shaky Knees is just the beginning of the springtime music festivities in Atlanta’s Central Park, which also plays host to the EDM-focused Shaky Beats the following weekend. Before the DJs descend, come for headliners like Beck, Incubus, Tame Impala, and Cage the Elephant, but stay for Tears for Fears; Shaky Knees marks one of only two American festival appearances by the recently reunited new wave legends before they head back across the pond for a summer of European dates. 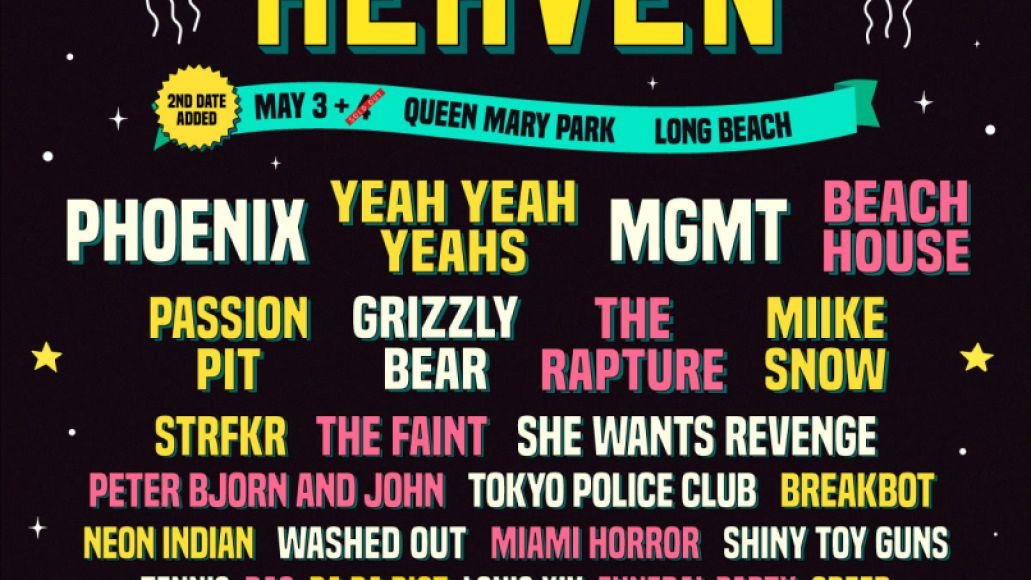 Why We’re Excited: In music, as in all things, time marches forward, turning the underground discoveries of yesterday into the nostalgia acts of today. In 2019, that means it’s time to rediscover the heady days of blog rock at Long Beach’s inaugural Just Like Heaven. Sew up the holes in your old Said the Gramophone t-shirt and head to SoCal for sets by still-prime indie acts including the Yeah Yeah Yeahs, Phoenix, and The Rapture, who’ll be making their first live appearance since 2012. 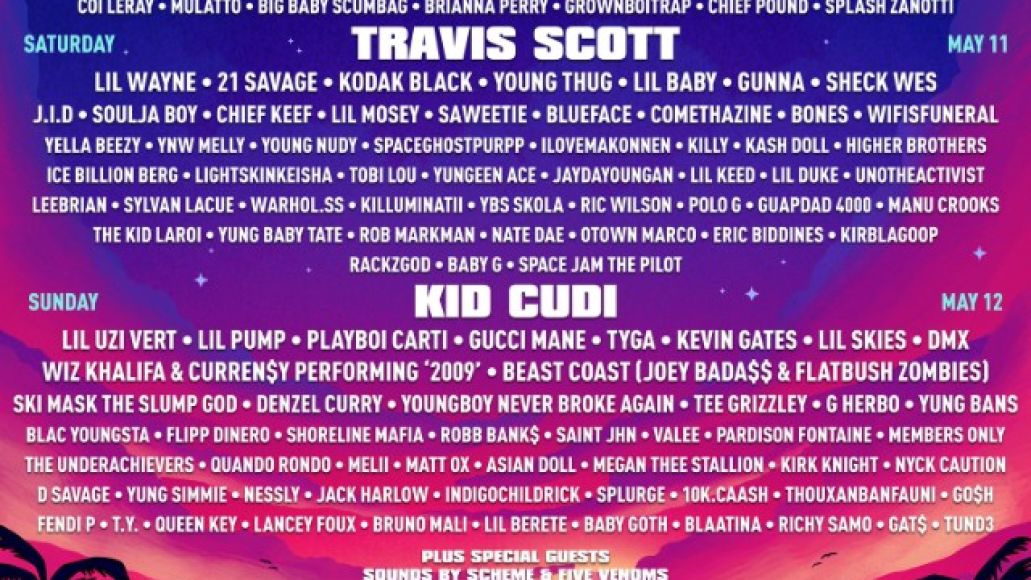 Why We’re Excited: What do you get when you combine the biggest names in hip-hop with the beachy bacchanal of Miami’s world-renowned party scene? This is not a (very dope) riddle; it’s the recipe for Rolling Loud, the festival that’s become America’s hip-hop fest of note in just five short years. Organizers will celebrate the fest’s fifth birthday with another blowout at Hard Rock Stadium, this year featuring the likes of Cardi B, Lil Wayne, Lil Uzi Vert, and many, many more. 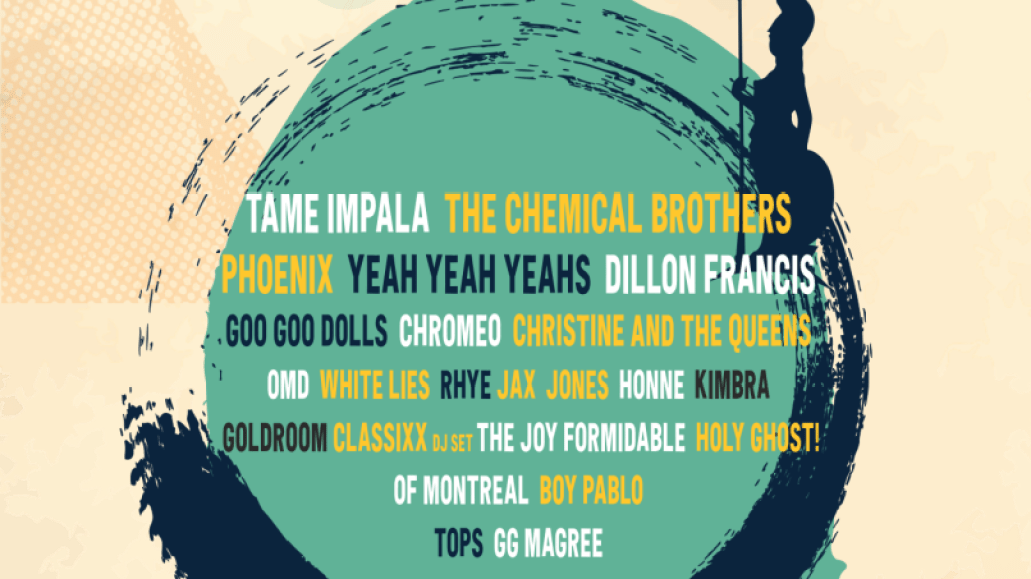 Why We’re Excited: We’d be remiss if we didn’t give a nod to some of the stellar music festivals taking place throughout the rest of North America. If we had to pick just one, we’d go with Corona Capital, Mexico’s now-twin festivals that take place in Guadalajara in the spring and Mexico City in the fall. While the fall edition is still taking shape, Corona Capital inaugural spring outing comes with a formidable lineup, which includes the Yeah Yeah Yeahs, Phoenix, and Tame Impala alongside crowd-pleasers from Chromeo to The Chemical Brothers. Oh, the Goo Goo Dolls will also be there, if you’re into that kind of thing. 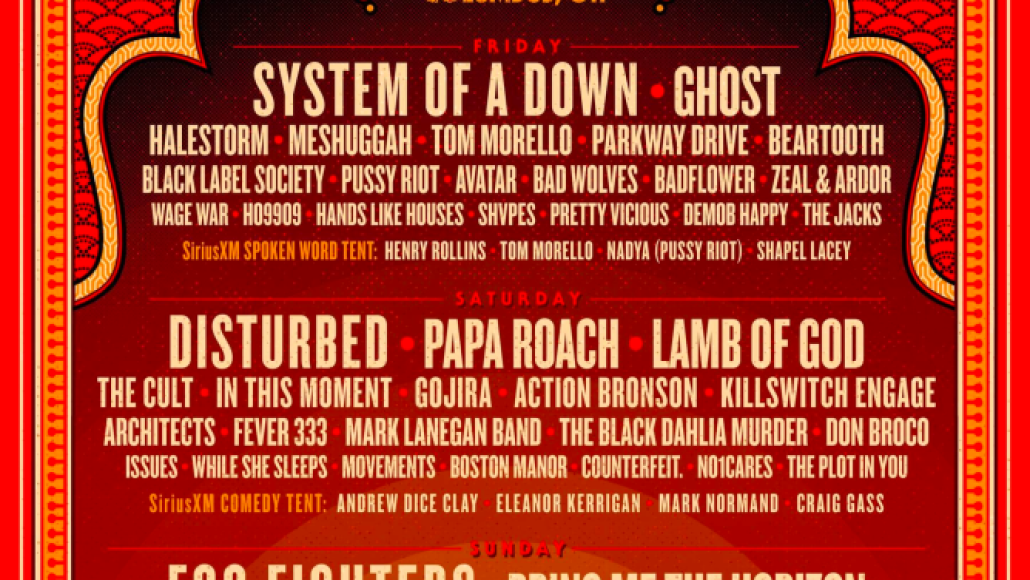 Why We’re Excited: Cleveland may get most of Ohio’s allotted rock-and-roll attention (thanks, opening theme to The Drew Carey Show!), but don’t sleep on Columbus. This year, Ohio’s state capital will crack open a dark portal and summon Sonic Temple, a three-day celebration of all things heavy and metallic. The festival’s inaugural edition fairly staggers; where else will you be able to see sets by Foo Fighters, Disturbed, and System of a Down in a single weekend without making some sort of otherworldly blood pact? No place comes to mind. 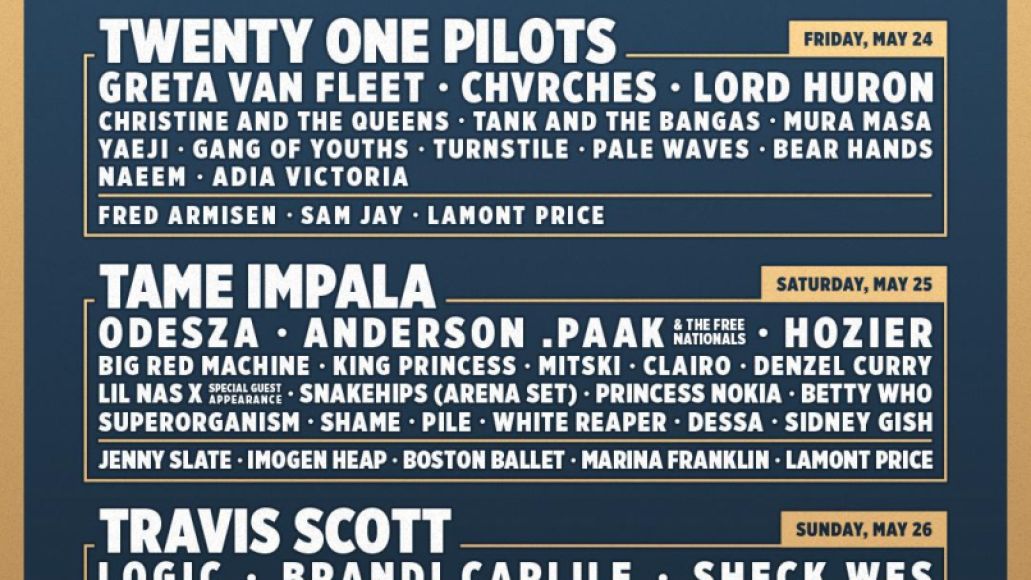 Why We’re Excited: If your Memorial Day weekend isn’t already spoken for, we’d recommend fortifying yourself with a few lobster rolls and heading to the Harvard Athletic Complex for another innovative edition of Boston Calling. What makes the festival different, you ask? This year, it’s the arena component; when you’re not scoping out sets from Tame Impala, Twenty One Pilots, and Travis Scott outside, you can head in for comedy from Michael Che, Jenny Slate, and Melissa Villaseñor, lectures from Imogen Heap, and even performances from the Boston Ballet. Let’s see Coachella top that. 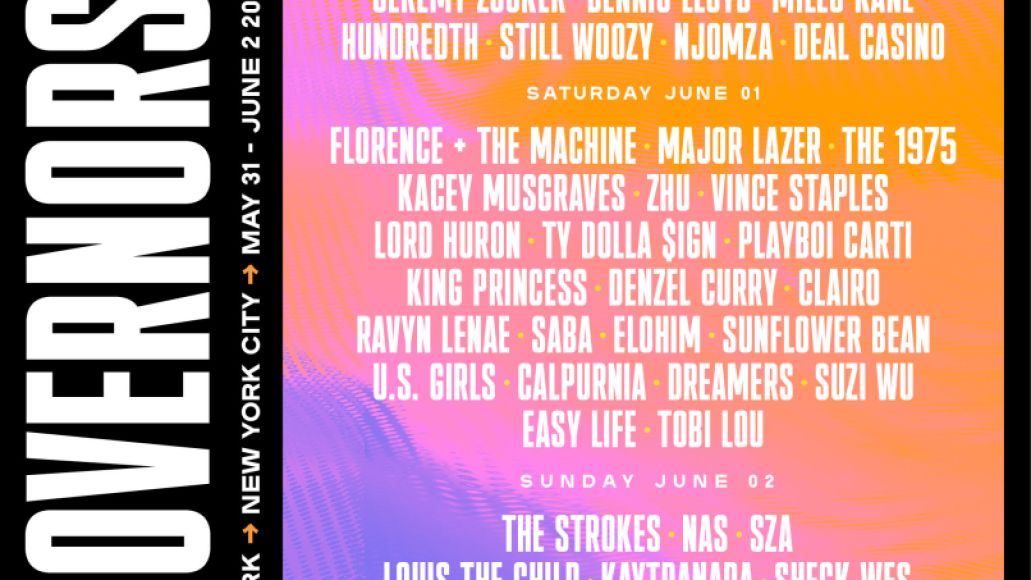 Why We’re Excited: To quote Hamilton Bohannon: New York is red hot. Unlike Indio or Manchester, there’s more than enough reason to visit NYC with or without a music festival in play. Fortunately, Governors Ball isn’t your average festival; it’s a destination within a destination. Set against the idyllic backdrop of Randall’s Island, the festival that helped put the northeast back on the festival map returns stronger than ever in 2019, helped along by can’t-miss acts including Tyler, the Creator, Florence + the Machine, SZA, and The 1975. 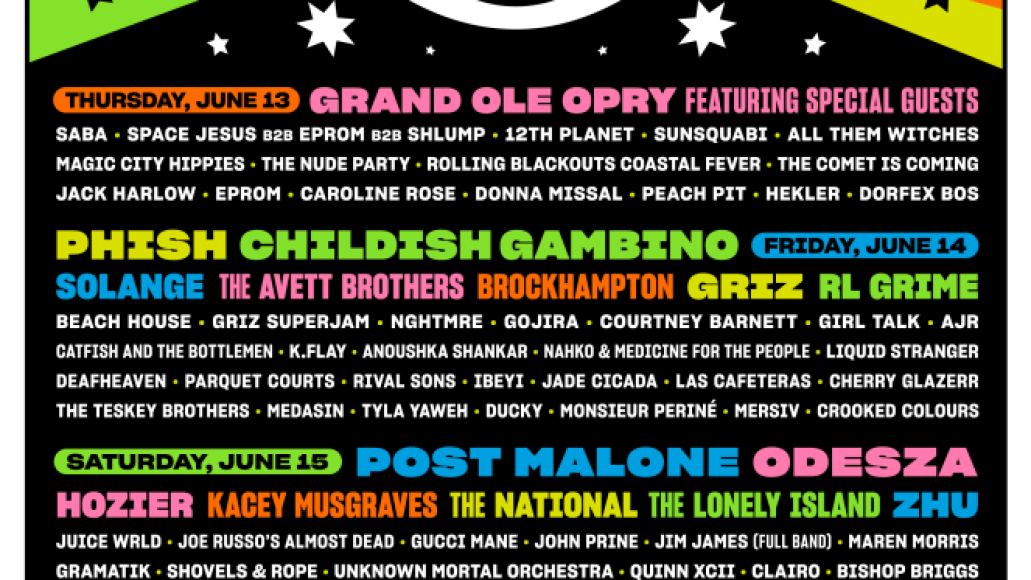 Why We’re Excited: When we decided not to attend Bonnaroo in 2018, we thought our sabbatical might last a few years. In 2019, we’re already prepared to declare it over. This year’s Bonnaroo lineup strikes an excellent balance between the festival’s jammy roots and its more eclectic future, reflected in the headliners by Phish and the Grand Ole Opry sharing top-line space with Childish Gambino, Post Malone, and Odesza. Welcome back, Bonnaroo. Let’s never spend another summer apart again. 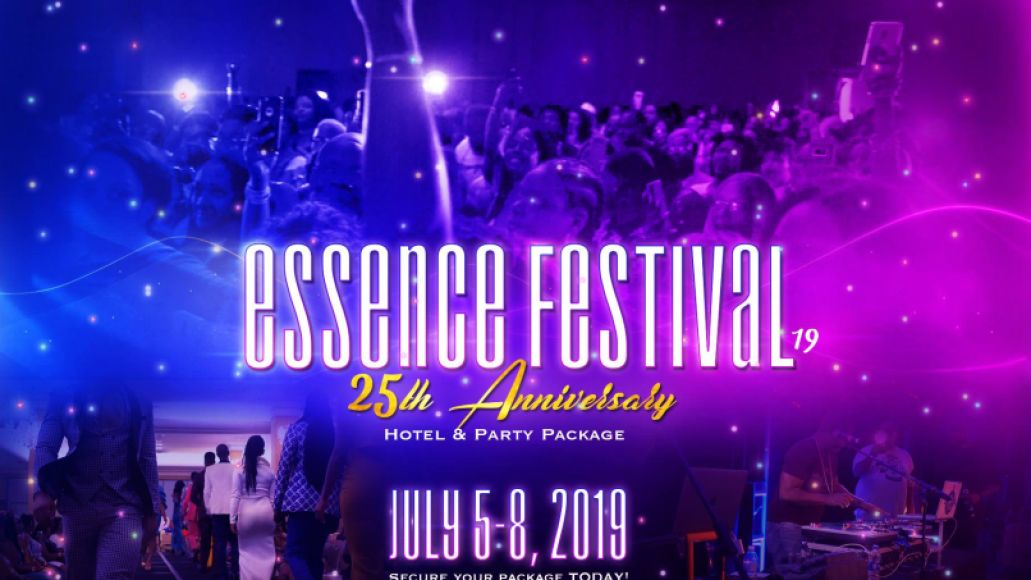 Why We’re Excited: There are anniversaries aplenty at this year’s Essence Festival; created to celebrate the 25th anniversary of the legendary magazine Essence, the fest now celebrates its own 25th birthday in 2019. In addition to conferences and exhibitions highlighting achievements in black fashion, beauty, and business, the fest also features some serious musical heavy hitters; led by Mary J. Blige, the lineup includes mainstage legends from Pharrell and Brandy to Missy Elliott and Morris Day, as well as “superlounges” dedicated to classic R&B and hip-hop, Afrobeat, and more. 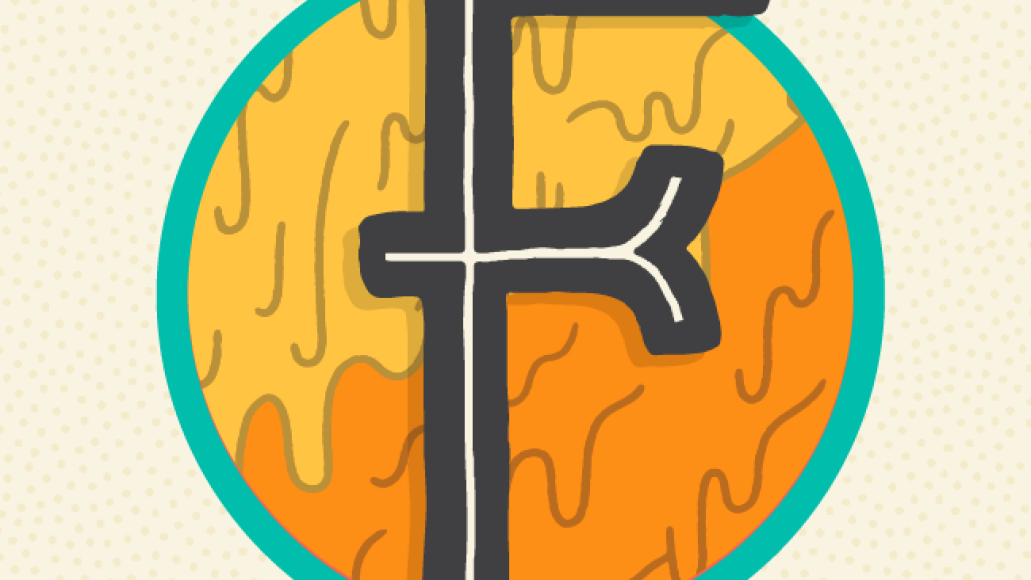 Why We’re Excited: Even though it’s preparing for its 17th edition in 2019, Forecastle somehow remains one of the most overlooked American music festivals out there. That’s just fine with long-time attendees, who’ve gotten to enjoy Coachella-quality headliners (this year’s include The Killers, The Avett Brothers, and Anderson .Paak) alongside the manageable crowds and knee-buckling bourbon that comes with Forecastle’s Louisville home. Now that the secret’s out, why not join them this year?