The Lowdown: Touted as a supergroup when their debut longplayer, Invitation, appeared in 2017, Filthy Friends seemed less like the gathering of bloated egos that word implies and more like an team of efficient professionals. Led by singer Corin Tucker of Sleater-Kinney and former R.E.M. guitarist Peter Buck, the quintet’s grown-up (i.e., less-abrasive) take on garage rock obviously boasted an impressive pedigree, while fellow guitarist Kurt Bloch, bassist Scott McCaughey, and drummer Bill Rieflin had all crossed paths with Buck in numerous ventures, among them The Minus 5, The Baseball Project and Robyn Hitchcock’s Venus 3. The band have faced changes since: McCaughey suffered a stroke, though he’s now recovered and back in action, and Rieflin left the fold, to be replaced by Linda Pitmon. 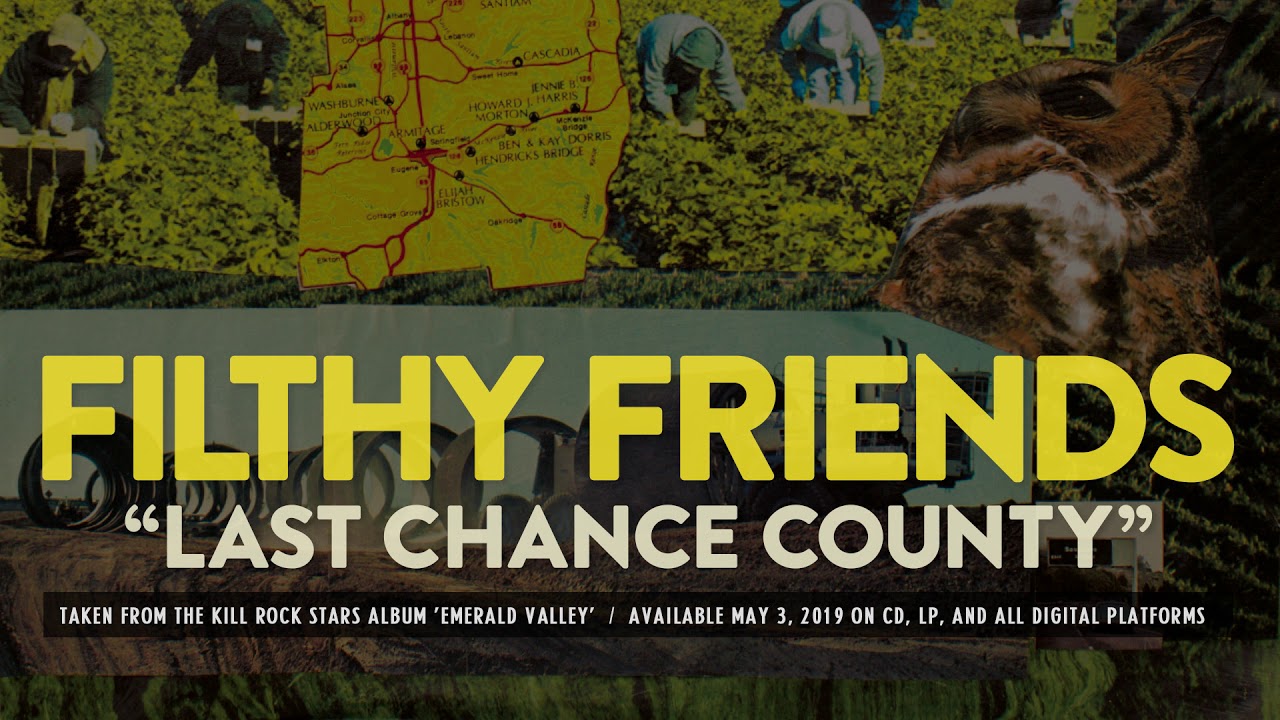 The Good: Corin Tucker’s big, clear voice would enhance any setting — in an alternate reality, she might be a kd lang-style chanteuse — and when all the pieces fit on Emerald Valley, few performers are more stirring. The slow-burning gem “November Man” finds her calling out a cartoonish political villain “with hair of gold” who speaks “words so cold” (no points for guessing the inspiration) as a tangle of dirty guitar noise amplifies the sense of creeping dread, pushing Tucker to dramatic heights Patti Smith would admire. Riding a wave of angry desperation, she shouts and snarls to thrilling effect on the frantic “Last Chance County”, a surreal account of heading to a dead-end job on a bus whose wheels are “rotten, full of pus.” Bad times have rarely sounded so cool. After these anxious epics, the gorgeous ballad “Hey Lacey” closes Emerald Valley on a note of badly needed tenderness.

The Bad: Some songs feel like rough drafts that would have benefited mightily from revisions. Pondering social and environmental crises, Tucker expresses admirable sentiments in pedestrian ways, observing, “Spoil the land and the people can’t live” on “Pipeline”, noting, “Too many find they have nowhere to go,” thanks to gentrification, in “One Flew East”, and lamenting the plight of immigrant “children separated from their parents’ sides” on “Angels”. The music of these preachier tunes tends to be similarly flat, with mild melodies verging on blandness.

The Verdict: Despite the erratic material, Emerald Valley has moments of spine-tingling brilliance that shouldn’t be missed. As other projects compete for their attention — Sleater-Kinney for Tucker, any number of collaborations for Buck — here’s hoping they reconvene for another go and spend more time on the writing when they do.