With two new albums and a massive tour in quick succession, one has to wonder when Ariana Grande has time to even sit down for a Starbucks drink. Nevertheless, the super human pop star is back today to defy the odds with the release of a new song titled “Monopoly”.

The track is a joint track with BFF and longtime collaborator Victoria Monét. Her name might not jump out at you, but Monét’s work certainly will — she has songwriting credits on Ari’s smash singles “thank u, next” and “7 Rings”, among countless other tracks off her last three albums. Additionally, Monét has worked with Janelle Monáe, Fifth Harmony, and Nas. Grande and Monét previously released “Better Days” together in 2016.

Take a listen to “Monopoly” below.

Grande recently picked up a a Grammy for her Sweetener album. She’s currently on the road supporting that record and its follow-up, thank u, next. Head here to grab tickets to all of Grande’s upcoming dates, which also include headlining gigs at both Coachella and Lollapalooza. And be sure to round out your collection by picking up Grande’s vinyl releases here. 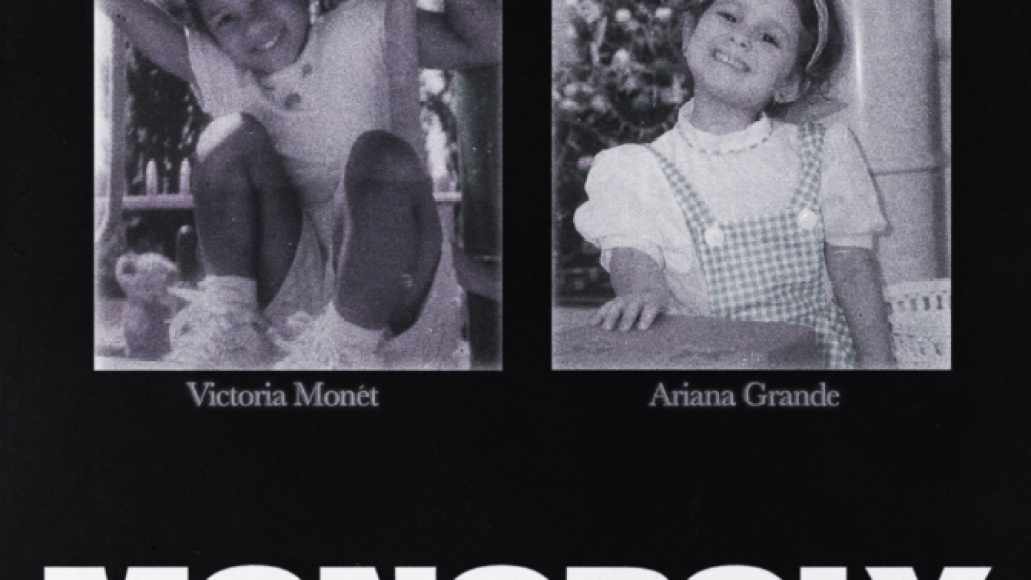