Time to pour one out for Bob Dylan — or, if you’re lucky, with Bob Dylan.

To celebrate the 50th anniversary of his album Nashville Skyline, the Nobel prize-winning folk legend is transforming the 160-year-old Elm Street Church in Nashville into a distillery. With the project centered around his Heaven’s Door Spirits company, he’s aptly dubbing the building Heaven’s Door Distillery and Center for the Arts.

Pay attention to the back half of that title; in addition to containing the distillery, a restaurant, and a whiskey library, the building will boast an “art sanctuary” and a 360-seat performance venue. It will also feature Dylan’s paintings and metalwork sculptures, as The Associated Press reports.

Heaven’s Door Distillery and Center for the Arts is still in the works, so don’t rush down to Nashville right now. It is set to open in the fall of 2020. In the meantime, check out an artist’s rendering of what the spot will look like below.

If you would rather see Dylan on a stage instead of behind a bar, maybe it’s time to book a trip to Europe. UK music festival series British Summer Time recently announced that Bob Dylan and Neil Young are teaming up for a special one-off concert at London’s Hyde Park this summer. The event takes place on Friday, July 12th. 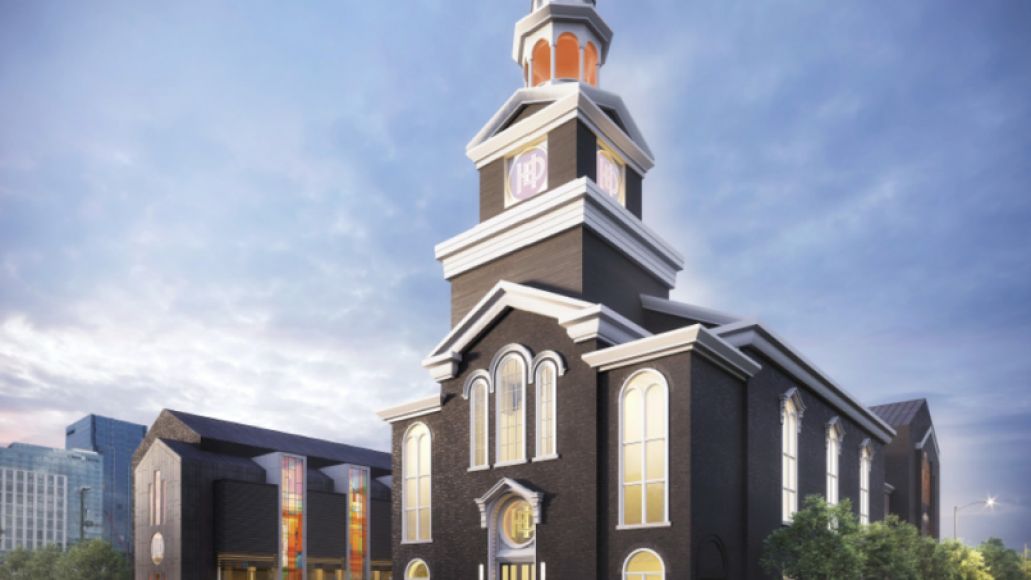 Heaven’s Door Distillery and Center for the Arts, artist’s rendering via Nashville Post

Bob Dylan is opening a whiskey distillery in Nashville