The fest’s name is a play on the classic Sepultura album, Chaos A.D., and the two-letter code for the Canadian province of Alberta. It will take place at Kinsmen Park in Alberta’s capital city of Edmonton.

With Slayer in the midst of their farewell tour, the festival gig will mark the legendary thrash band’s last-ever show in Alberta. In addition to the aforementioned headliners, the two-day bill is rounded out by Headstones, GWAR, Animals as Leaders, One Bad Son, Royal Tusk, Light the Torch, The Dirty Nil, and Selfish Things, with more bands to be announced shortly.

“Every aspect of the maiden year of Chaos AB is built on the vision of bringing a high-quality rock event to the people who live and breathe this lifestyle every day,” said Nhaelan McMillan of promoters Live Nation Canada in a press release. “We promise to deliver the ultimate rock experience right here in our own backyard.”

In addition to the music, the festival will feature various food trucks and vendors onsite. Tickets for Chaos AB go on sale this Friday at the festival’s official website. 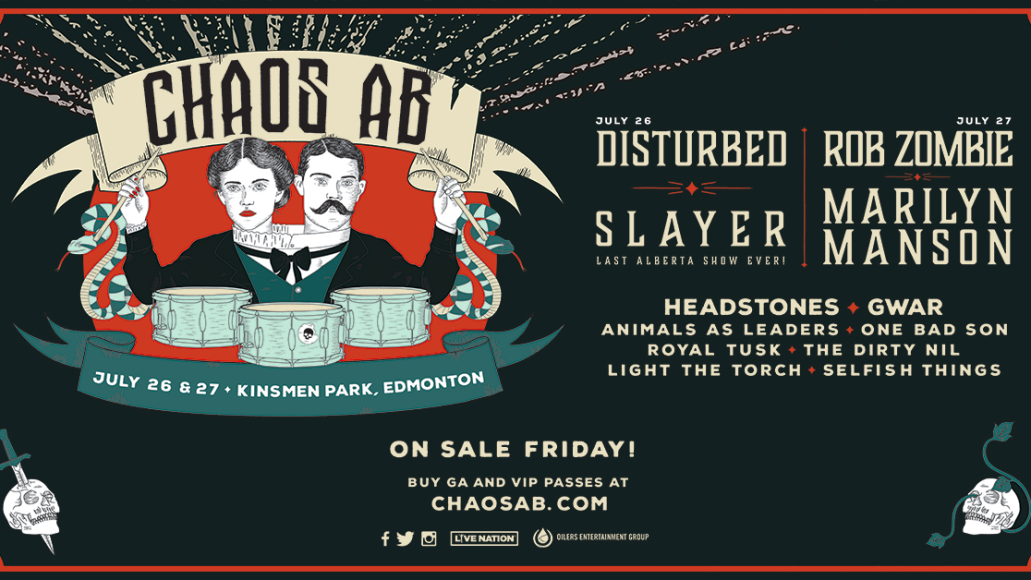