Throughout Disturbed’s current world tour, frontman David Draiman has been delivering a message of hope from the stage as he talks about the issues of addiction and mental health that millions of people battle on a daily basis. Now, in a new live video for “A Reason to Fight”, the band has enlisted its fans to help share that message.

Draiman said of the song and the live video, “Through the strength and support of our extended family, we can make a difference to those who fight this war. We must continue to be their allies, their hope, their added source of strength. We must continue to give all of them a reason to fight.”

Guitarist Dan Donegan added, “I know people who’ve battled addiction and have seen it in their face — the shame they have — feeling they’ve let themselves and others down, We wanted to write a song with a positive message for people in that situation to stay hopeful and not give up the fight, as challenging as it may be. It’s an everyday struggle, but there can also be a light at the end of the tunnel.”

In the video (watch below), we see fans sharing their own personal stories of struggles they or their family members have faced, interspersed with concert footage of the band.

During our own recent interview with Draiman, the singer told us, “Addiction and depression are demons that go hand in hand with one another. And it’s been a very, very difficult past number of years, not just within our community but even for just individuals in normal walks of life in this country and in the world… I’m tired of being passive about it. I’m tired of people waiting until after the fact. I don’t want to go to any more funerals … I think it’s important for all of us to really take an active role.”

In addition to the live video, Disturbed have launched the “You Are Not Alone” campaign, encouraging fans to share their stories and upload their photos to help raise awareness for addiction and mental health issues.

Disturbed kick off a European run of dates tonight (April 18th) in Madrid, Spain. They also have spring US festival shows, and a summer / fall North American tour on their itinerary. Tickets for the shows are available here. 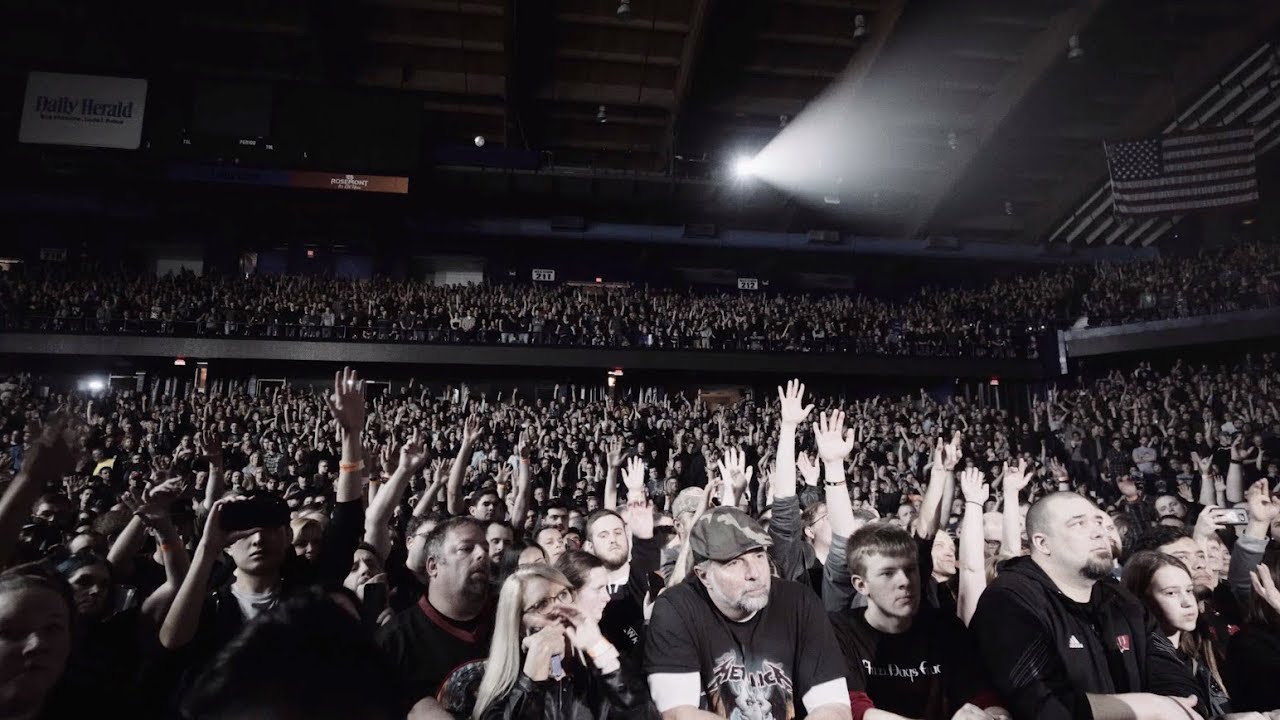