Flying Lotus has announced his first album in nearly five years. The You’re Dead! follow-up is titled Flamagra and due to hit shelves May 24th through Warp Records.

With a varied guest list and the guidance of Flying Lotus, it should come as no surprise that Flamagra draws on hip-hop, funk, soul, jazz, global dance music, and even IDM. A press release describes it as perhaps “the definitive” FlyLo record, “an astral afro-futurist masterpiece of deep soul, cosmic dust, and startling originality.”

In a statement, FlyLo (né Steven Ellison) talked about the role of fire in his vision for the new album:

“I’d been working on stuff for the past five years, but it was always all over the place. I’d always had this thematic idea in mind — a lingering concept about fire, an eternal flame sitting on a hill. Some people love it, some people hate it. Some people would go on dates there and some people would burn love letters in the fire.”

As a first listen of the LP, FlyLo has shared “Fire is Coming”, his collaboration with Lynch. The song is definitely not a Game of Thrones pun, though its FlyLo-directed video features rabid children and Lynch dressed up as some kind of canine storyteller/soothsayer. You’ll have to see it for yourself.

Check it out below, followed by the album artwork and tracklist. 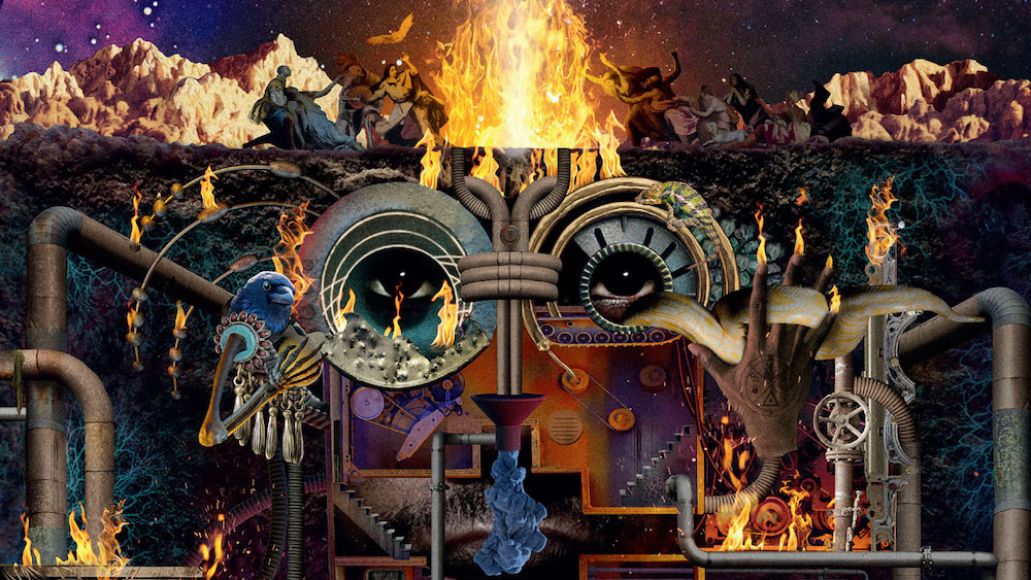 In the time since the release of You’re Dead!, FlyLo has contributed extensively to Kendrick Lamar’s masterful To Pimp a Butterfly and Thundercat’s Drunk record. He also helmed the acclaimed horror feature Kuso.

Catch up on all of Flying Lotus’ past vinyl releases by heading this way.