Ghost will continue to support their Grammy-nominated 2018 album, Prequelle, with a just-announced fall 2019 North American tour that promises to stage an arena-level production seen on select shows during the band’s 2018 run. The Swedish band will be joined by Nothing More for the six-week run.

The trek, dubbed the “Ultimate Tour Named Death”, kicks off September 13th in Bakersfield, California, and runs through an October 26th date in Glens Falls, New York. It will follow Ghost’s previously announced run supporting Metallica on the metal giants’ European tour, which launches on May 1st and runs through August  25th.

According to a press release, the tour will “see the Swedish rock band’s elaborate rock theatre presentation metamorphose into a full-on arena production”, while the band will “perform for more than two hours on a striking stage set resembling a medieval cathedral.”

We witnessed one of those arena-scale productions late last year when Ghost played the Barclays Center in Brooklyn, New York, where frontman Cardinal Copia and the Nameless Ghouls thrilled fans with a captivating set.

We also spoke with the Cardinal (aka Tobias Forge) last year about playing larger-scale venues, and he told us, “I’ve always been a big fan, for lack of a more suitable phrase, of arena rock, not only because of the amount of people you can fit into an arena, usually if you play an arena, there’s a lot more possibilities of creating the sort of stage show that you can’t really do in a theater or a club.” Read our full interview here.

Nothing More are known for a dynamic live show, as well, and will be out in support of their Grammy-nominated 2017 disc, The Stories We Tell Ourselves.

While more dates are expected to be announced, this is likely the last time to catch Ghost before they hunker down to record their next album, which Forge has revealed will be released in 2020.

Tickets for the fall North American tour go on sale this Friday, April 5th, at the band’s official website, and will also be available via StubHub once they sell out. 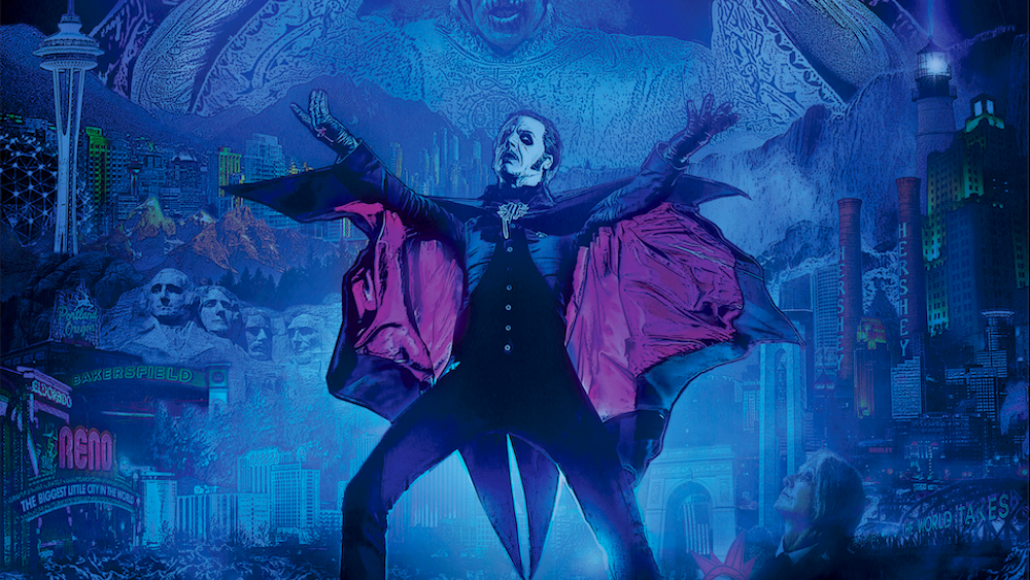