Alex Ross Perry’s Her Smell is currently shattering the sound systems of theaters across the world. Now, the riot grrrl drama can do the same to your record player as Waxwork Records has announced they’re bringing its soundtrack to vinyl.

It’s a rather elaborate release, too: Keegan DeWitt’s original score comes pressed on two 180-gram color vinyls (black and pink), while the film’s original songs by on-screen fictional acts Akergirls and Becky Something will be included in a 7″ white vinyl EP.

For clarity, Ashley Benson, Cara Delevingne, and Amber Heard make up the alt-rock trio Akergirls, while Elisabeth Moss plays the lead Becky Something.

In addition to vinyl, the package also includes liner notes by Moss and Perry, an insert booklet, and a digital download. Pre-sales are currently on-going.

Preview the artwork and a few tracks below. In his glowing A- review of Her Smell, senior writer Dan Caffrey wrote, “Perry’s kinetic style and Moss’ explosive performance transform it into something that feels more authentic than actual history.” 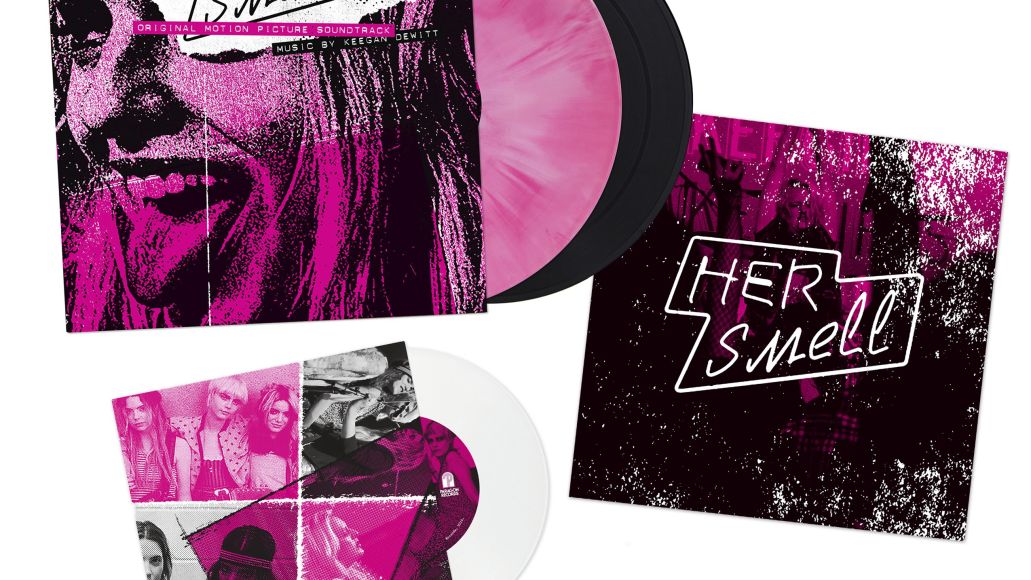 Her Smell score and original soundtrack heading to vinyl