For over three decades now, Claire Denis has challenged cinematic and social taboos with unparalleled craft. The French director finds her characters’ humanity through careful observation, but of a kind hardly comparable to the icy detachment so many directors substitute for observation. As a filmmaker, Denis is concerned with bodies, inside and out, their emotions and wants and the endlessly complicated and troubling ways in which those needs for expression find their way out.

While her latest film (and her first in English), High Life, may seem to be at odds with the rest of her filmography, let’s get something clear upfront. High Life is not a sci-fi movie by Denis; it’s a Denis film which incidentally happens to take place in the recesses of deep space. The film primarily follows Monte (Robert Pattinson), one of a number of prisoners aboard an expedition through a black hole. Along the way, Dr. Dibs (Juliette Binoche) performs bizarre fertility experiments on Monte and the others, attempting to create life in a laboratory even as they drift further away from Earth, and from their own rapidly fraying conceptions of self.

High Life is unlike anything you’ve ever watched before, and this is something one can say without a hint of hyperbole. As Denis’ film begins its rollout into wider release through A24, Consequence of Sound had the opportunity to sit with Denis to discuss the film’s elusive perceptions of humanity, her longtime interest in physicality as a centerpiece of her storytelling, the essential nature of bodily fluids, and more.

Usually when you watch sci-fi films, or films set in deep space in general, they’re taken with instilling a sense of awe and wonderment, even if horror then eventually follows. What drew you to this more despairing vision of space?

For me, it was not even science fiction, because every element I knew. If you go [past] the solar system, let’s say, it means you have the power to go [past] the solar system. It means many years, and probably no return. And when you are there, outside the solar system, it’s devoid. You don’t have atmosphere, you don’t have air, you know? So all this I knew, and I thought it was simple to tell a story like that without making a big fuss about science fiction. It’s black holes and black matter. We know that they do exist.

In the same way, a lot of movies set in space tend to obsess over the filigree of the ship. In terms of conceiving your ship as more as a jail, what led you to the contrast of the onboard garden?

I thought, first of all, it’s necessary because the human body’s not made to live like that, and I thought it would be great that they have some vitamins, [some] fresh things, both for their morale and for their body. For their eyes also, because without vitamins they lose sight, or they should lose sight. And I thought immediately that it would be their only souvenir of Earth, you know? The only thing alive, apart from a baby. 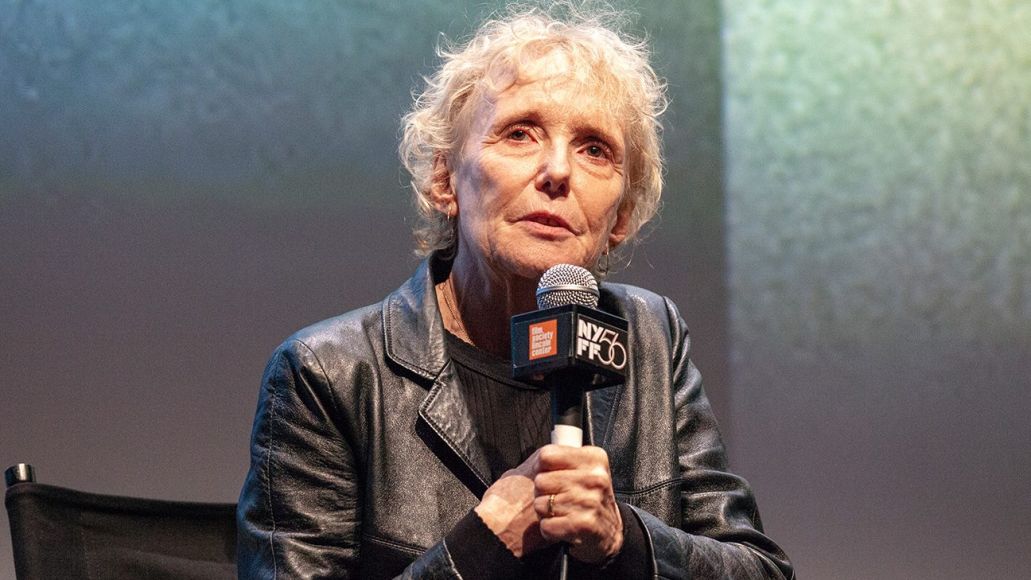 In a lot of your work, you place a particular focus on the physicality of your performers. What were some of the things that started drawing you, especially once you started filming, as far as how you wanted to express that physicality here?

Another driving theme is the way in which the film visualizes pleasure. The way you represent pleasure seems to shift a lot through the film, especially as the tethers to humanity begin to shift and mutate. In terms of how you wanted to present pleasure in this place, what drew you in?

That’s especially true of the sequence with the “fuckbox” and the whole concept of giving you exactly what you want without ever actually giving you that release. The thing you’re actually in there to seek.

Yeah. And I think Juliette understood also what the character wants. She needs that relief, but also she knows there is a limit, and she won’t go beyond that limit. And the limit is frustration. That’s why maybe when she … when she rapes Monte, suddenly she has the feeling of flesh, you know, and something more carnal. 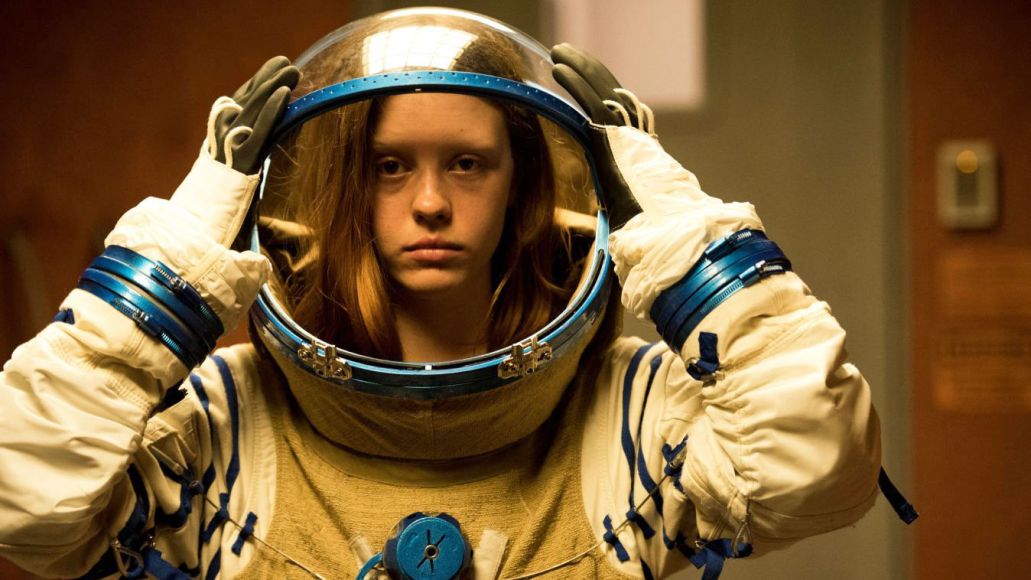 The way that you shoot the “taking of the sample” immediately following that scene, there’s something so matter-of-fact and so fundamentally human about it.

Yeah. In a way…I’ve been a girl, being 12, 13. You have to understand maybe a little faster than boys what’s happening, you know, and you understand things like that, and it’s not forgettable that life comes through fluids. Like in nature, fluids and seeds, that’s the way life exists. And when it’s inside a body … it’s mysterious when [you’re] 12 or 13. But then it’s also great. Sometimes I read [newspapers where] in wartime or in a concentration camp or even today in Syria, a woman can give birth to a baby in the worst conditions, and the baby could survive in the worst conditions. Life is, of course, not as strong as death, but it is.

To the point of some of the more scandalized reactions about the ways you use fluids in the film, what do you think is the general aversion to gazing at the inner body?

Very honestly, I don’t understand. I don’t understand how people could be alive, having a life, and not be aware of the incredible machinery of the body, and of the nerves and the emotions all together. I remember once I was in Utah, and I learned [that] for the Mormon people, they were not allowed to wash, to look at themselves naked. They had to … I mean maybe not today, but they had to wear a sort of long shirt when they were washing so that they could not see their nudity, their own nudity. In a way, hiding their nudity to themselves. [Probably so] they don’t get ideas, but of course ideas are not hidden by the shirt. They are interior, you know?

And the film plays with this idea of where desire comes from and how it can especially manifest itself in different ways as the mind and the body change. Do you see a kind of release even within the brutality of sex within the space of the ship, or is release impossible for them?

The only moment where I feel a release is when father and baby daughter are together, and suddenly there is no barrier. [He] can hold her, touch her. She’s his. He’s hers, you know,and, and when the girl is growing, their love grows. I think even the question of a taboo is becoming more difficult to forget. But I think for me, this character of Monte, watching the baby sleeping, or feeding her, or walking her … For me it’s a moment of sheer joy, I guess. 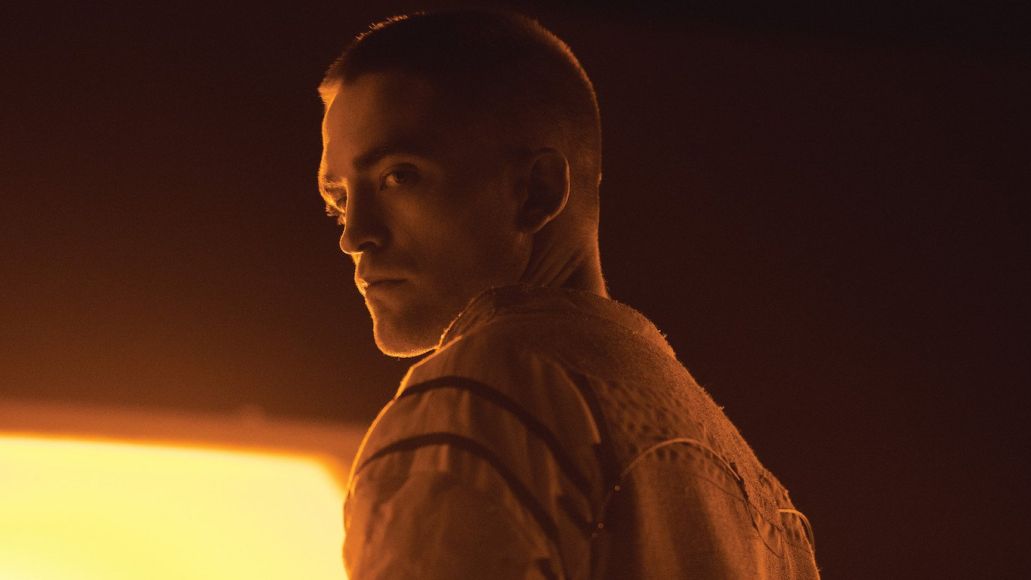 There is a kind of genuine love in that, but it does exist at interesting odds with the taboo, which is something that —

He knows about the taboo, and he understands it might happen at a certain moment in her life. But he doesn’t want … he thinks “maybe we will die before [then] anyway”, but then as she’s growing and she tells him “I’ve got everything I need here”…

It raises the question of how can he challenge that? To her, for all she knows, she does.

I think he’s afraid, probably very afraid. At the end, when he says “shall we?”, she says yes. I think there is a sort of acceptance of the complete concept of being a couple together.

And you present that ending as not good or bad out of hand, not condoned or condemned, but simply as it is.

As it is, yes. Yeah. Could you imagine a person, completely lonely, and a baby growing in that emptiness with a loving man, and if the baby’s a girl, or even if the baby was a boy … I mean, this is a part of [their] life. You cannot avoid that, you know, unless you kill yourself. And Monte says, “I should maybe have killed myself, but then you first, because I cannot abandon you.”

This interview has been edited and condensed for clarity. High Life is now playing in select theaters.