The comeback is officially complete: After reuniting in February, The Jonas Brothers have now announced their first album in 10 years. Happiness Begins is slated for a June 7th release through Republic Records.

The forthcoming LP serves as the long-awaited follow-up to Lines, Vines and Trying Times from 2009. The album artwork (seen below) depicts the three pop star siblings hanging poolside in Los Angeles. Although a tracklist hasn’t yet been revealed, it’s likely to include early singles “Sucker”, the band’s first-ever No 1. hit, and “Cool”.

During a week-long takeover of James Corden’s Late Late Show last month, the Jonas Brothers’ addressed their breakup (with Nick officially admitting to being the catalyst), as well as talked about the steps that eventually led to their regrouping

“We literally spent a year basically doing therapy, working through some things and figuring out what this chapter would look like,” explained Nick. “We’ve had to be really open and honest.”

In addition to Happiness Begins, the brothers are expected to release an Amazon documentary chronicling their comeback. A proper reunion tour may also be in the works. They’re set to perform on Saturday Night Live on May 11th. 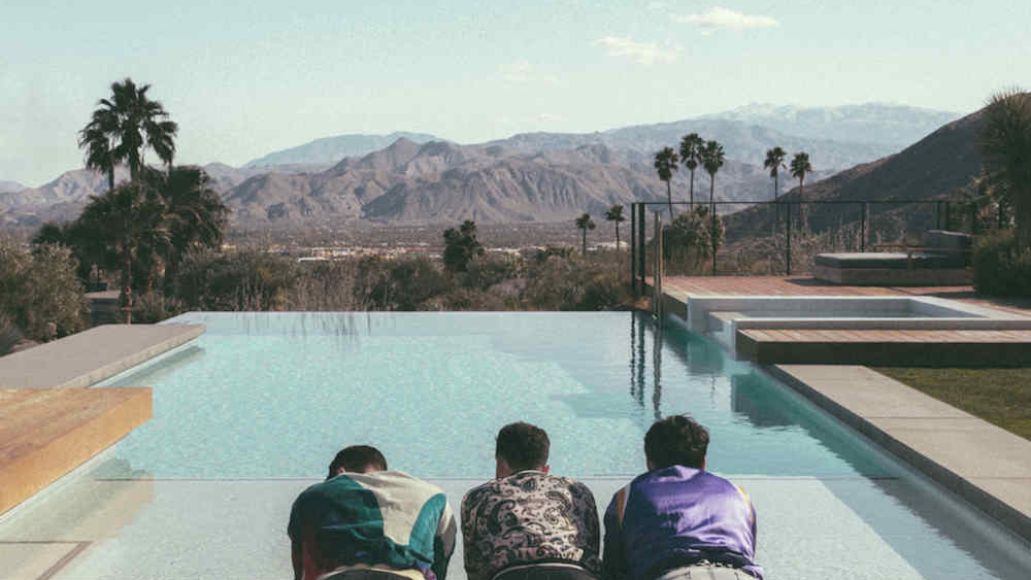 Watch the Jonas Brothers perform “Sucker” live for the first time on Corden:

To get up to speed on all things Jonas Brothers, purchase their vinyl releases here.