Most recently we heard JPEGMAFIA call out fake rappers on his song “Puff Daddy”. The Baltimore-born artist is back today with “The Who”, in which he turns the focus on himself and his rising profile.

Self-produced and featuring added vocals from Eyas, the woozy, stream-of-consciousness cut features verses about JPEGMAFIA’s “million in profits” and how easy it is for him to churn out top-selling songs. “Write a hit while taking a deuce”, he raps — and yes, that’s really the line. Elsewhere, he states that “ima sell out like The Who.” I don’t think he’s quite on the English rock legends’ level just yet, but it’s nice to see the dream is there.

“The Who” came from the same sessions that birthed JPEGMAFIA’s last proper album, 2018’s Veteran. The new track is out now through IHC 1NFINITY, the first record label with a shared music video universe. 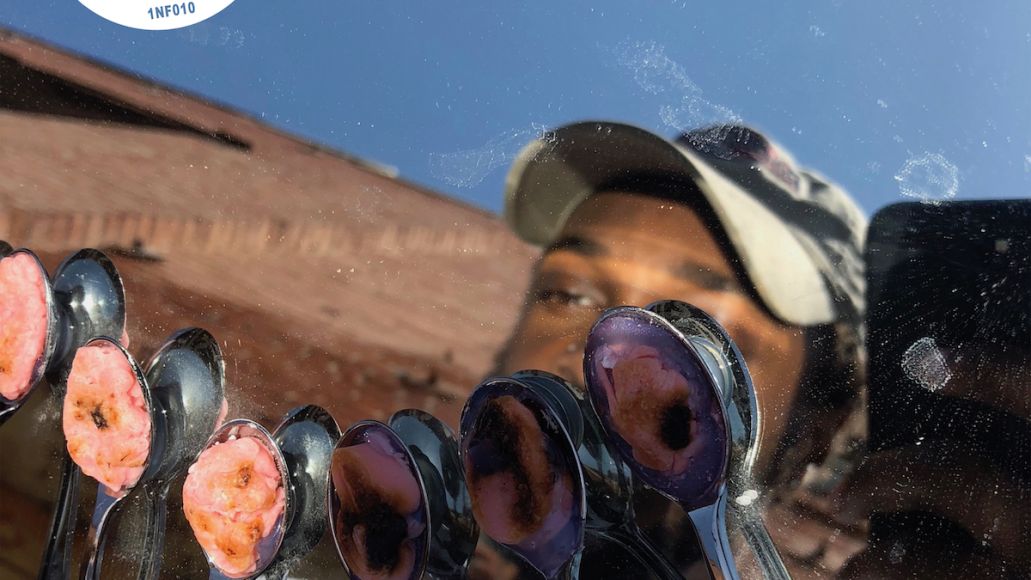 JPEGMAFIA is set to play festivals like Coachella, Pitchfork Music Festival, and Osheaga Festival in Montreal. Grab your tickets here.

JPEGMAFIA returns with new song "The Who": Stream