Prolific Australian psych rockers King Gizzard & The Lizard Wizard are back today with their new full-length, Fishing for Fishies. Subscribers of Apple Music and Spotify can listen below.

The new LP comes two years after their five-album sprint in 2017 (Flying Microtonal Bananan, Murder of the Universe, Sketches of Brunswick East, Polygondwanaland, and Gumboot Soup). It marks the band’s 14th full-length overall and is described in a press release as “perhaps their most perfectly-realized album to date.” Ahead of the effort, The Gizz released a trio of singles — its title track, “Cyboogie”, and “Boogieman Sam” — as well as the non-album track, “Planet B”.

Explaining how recording Fishing for Fishies was an entirely different — and certainly longer — process than their 2017 output, frontman Stu Mackenzie recently told Dork,

“We’ve never made a record like this before. We thought we knew what we were trying to make. We really thought we knew what we were doing, and then… It’s funny after making five records with conviction. For me, I think about making albums a lot more than I think about making songs. An individual song, for me, has to make sense on an album. It has to work in sequence with the record. It has to fit.”

For more of your King Gizzard fix while also supporting your favorite independent music and entertainment publication Consequence of Sound, pick up the band’s catalog on vinyl here and grab tickets to their upcoming tour over here. 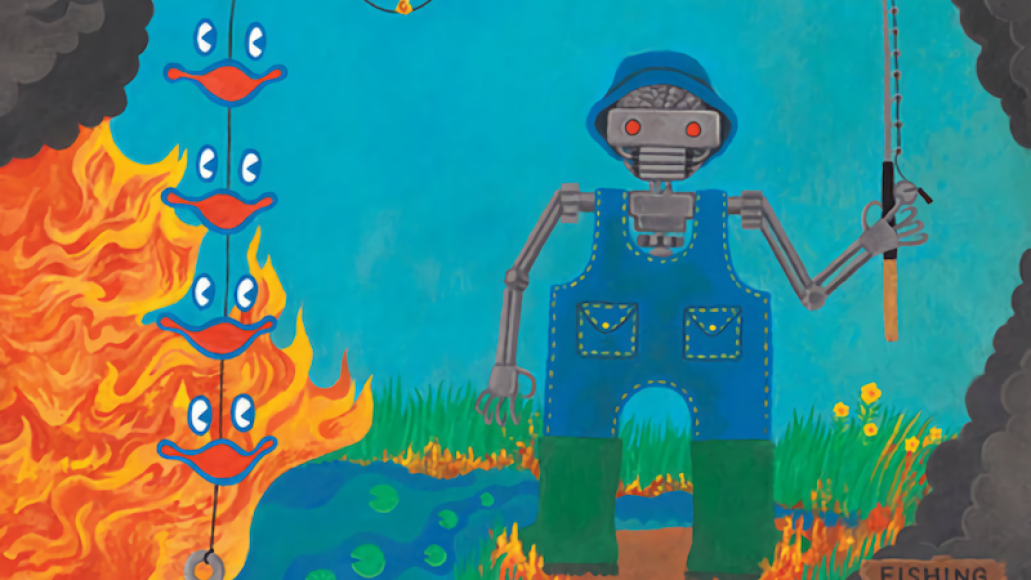