Track by Track is a new music feature in which we offer an artist the chance to dig deep into each track on their latest record, one at a time.

Brooklyn indie songwriter Aly Spaltro, better known as Lady Lamb, has released her new album, Even in the Tremor. It’s available to stream in full below via Apple Music or Spotify.

Due out via Ba Da Bing Records, the 11-track effort serves as her third overall following 2015’s After. The LP, however, marks Spaltro’s first employing the talents of an outside co-producer.

After meeting with a number of industry veterans who told her that “her arrangements needed rewriting,” Spaltro eventually moved forward with a less established producer in Erin Tonkon (Tony Visconti, David Bowie’s Blackstar).

In support of Even in the Tremor, Spaltro will kick off her 34-date “Deep Love Tour” across North America next week. Grab your tickets here.

For more on the album, which she considers her most intimate and honest to date, Spaltro broke it down Track by Track — from the title track to early single and one of our favorite songs of the week, “Deep Love”.

“Little Flaws” was inspired by being in love and the point in a relationship when you realize neither one of you is perfect – you’re actually a little obnoxious – but you have the same goal of accepting one another.

“Deep Love” poured out of me one afternoon when I was feeling lost and nihilistic. I walked by my neighbors sharing a sweet moment with their animals and went right home and picked up my guitar to try to tap into my own gratitude.

“Even in the Tremor”:

“Even in the Tremor” is the push and pull between obsessing over the past and stressing about the future while having the awareness that the power to choose to be present is in your own hands. It’s a self sabotage: the past will kill the present – if I let it.

“Untitled Soul” was built around a dream I had where my mom was holding me as a baby and handed her to me to help stop her crying. The song around it is a longing to be understood. 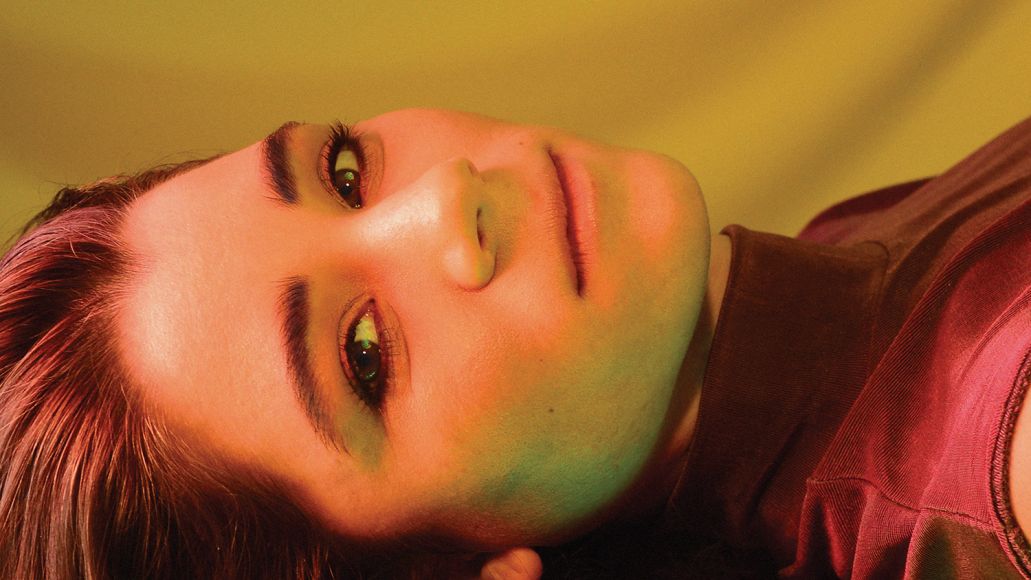 “Strange Maneuvers” came out of a time when I was walking around the city all day and thinking a lot about mistakes I felt I’d made. It took my friend Kurt to distract me from that negative thinking on a phone call to get me to change perspective and that simple gesture inspired the seeds of the lyrics.

“Without A Name” was written when I was about 19 and reimagined and retitled for this record. My band and I jammed on it past the written version in the studio and decided to keep that take as the instrumental outro.

“Young Disciple” is a song I’ve been wanting to write for probably a decade. It may answer the question for why so many religious references make it into my songs – stemming from my parents going through a born-again phase when I was five and first telling me about death in a fast food spot.

“Prayer of Love” was written while I was recording Tender Warriors Club EP in Sweden. I recorded it solo and decided to sit on the song for ‘Even in the Tremor’ so I could reimagine it with a full band.

“July Was Mundane” is about some different relationships I’ve made mistakes in and trying to take accountability while forgiving myself for them. It reflects on the challenge it is to make the choice to pull oneself out of self-loathing and regret.

“Oh My Violence” is a part II to “July was Mundane” in a sense because it’s a continuation of the themes of self-sabotage and the difficulties of staying present. The lyrics were inspired by my time traveling the US alone and observing people’s lives and reflecting on my own.

“Emily” is a special song because it was written by accident in the studio while recording ‘Even in the Tremor.’ I had these lyrics I was bummed I couldn’t fit in, and my bass player Benjamin Lazar Davis had this riff. On 10-minute breaks we’d sneak away to put the two together and were able to record the song on our last night in the studio.

Lady Lamb gives a Track by Track breakdown of new album Even in the Tremor: Stream