You haven’t forgotten about your dear friend Chucky, have you? You’re friends ’til the end, and the star of the upcoming Child’s Play reboot is here to tell you so face-to-face.

Last July, MGM announced a theatrical reboot of the 1988 horror film that would be directed by Lars Klevberg and produced by It’s David Katzenberg and Seth Grahame-Smith. Since then, we’ve learned that Mark Hamill will voice Chucky, plus Aubrey Plaza and Brian Tyree Henry will star in it as well. Now, we finally get a sneak peek at the film’s art direction.

Today, the film’s official Twitter account shared a first look exclusive of the new Chucky. With denim overalls, a striped shirt, and that classic mischievous grin, he looks to be a faithful take on the original creepy rendering of the doll.

Another update came with the news, too. Sometime this Thursday, the full trailer for Child’s Play will be released. Check out the official announcement below.

Klevberg’s take on Child’s Play seems to be a reimagining of the original franchise. Supposedly, the story centers around a group of kids who battle with the “technologically-advanced doll” gifted to them by Plaza, who plays a single mother.

It’s good Klevberg is taking his own approach because the franchise’s creator, Don Mancini, is officially sticking to the original. Mancini is working on a new Chucky TV series for SyFy. His series continues the original story and will star Brad Dourif as usual.

Time will tell how the reboot plays out. Until then, familiarize yourself with your new best friend thanks to a close-up look of Chucky below. 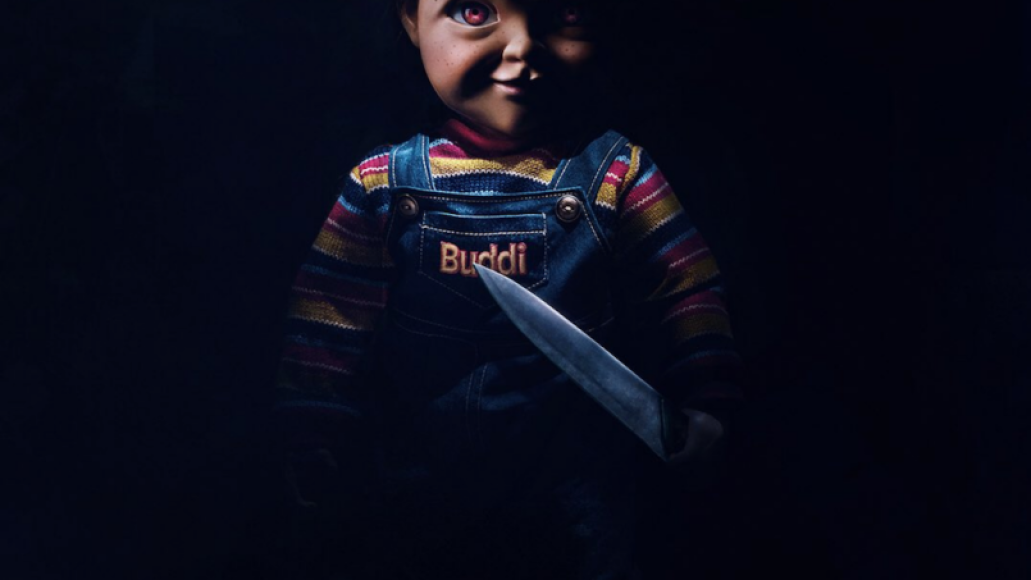