Slash is truly living the dream these days. The guitarist is back with Guns N’ Roses, the legendary band that put him in on the map, and still going strong with Slash Ft. Myles Kennedy and The Conspirators, the hard-rocking outfit he started 10 years ago.

Slash Ft. Myles Kennedy and The Conspirators are touring extensively behind last year’s Living the Dream album. The latest single, “Mind Your Manners”, is currently Top 20 at Mainstream Rock radio, and they’ll be back on the road early next month in Mexico and South America, before hitting Europe in June, and North America in July.

Guns N’ Roses, meanwhile, seemingly wrapped up their mega-successful “Not in This Lifetime Tour” with a December show in Hawaii, but aren’t quite ready to step away from the road. They’ve just been announced as the September 27th headliner for the 2019 Louder Than Life festival in Louisville, Kentucky, and they plan on playing some additional dates around that gig, as well. To date, the tour has raked in $563 million, making it the second-highest grossing trek of all time, only behind U2’s “360° Tour”.

Slash recently checked in with Heavy Consequence to chat about The Conspirators and GN’R, and also offered his thoughts on one of his all-time favorite bands, AC/DC, who’ve seemingly welcomed back their classic members. The guitarist is also a horror-movie aficionado, and delivered his opinion on the recent Jordan Peele film, Us, and gave us the latest on his own production company, Slasher Films.

I never planned on disbanding the Conspirators, even when the Guns thing first came up. And that’s because I’ve been playing with [The Conspirators] for almost 10 years now and we had some material that we’d started working on and it’s too fun and too cool a thing, and it’s very much under the radar, too. It’s like whereas Guns N’ Roses is a major high profile act and all that, Conspirators is pretty small and down-to-earth and stripped down. I think I enjoy that side of things. So, even with Guns, where you go out and do this epic, huge, large tour, I still love doing these smaller kind of things and it’s just very sort of bare bones. So, it’s a great vehicle for that.

On the current single “Mind Your Manners”

The first day that we got together back in January of 2018 to start pre-production — you know, when you first walk into the studio after being apart for any extended period of time — it’s like, okay, well what do you play? So, I just made it up on the spot and it just became something to jam and then it just turned into a song pretty quickly. It’s a very simple 1-4-5 progression. It’s not reinventing the wheel or anything, but it’s just a good energy, f*cking in-your-face rock ’n’ roll track. 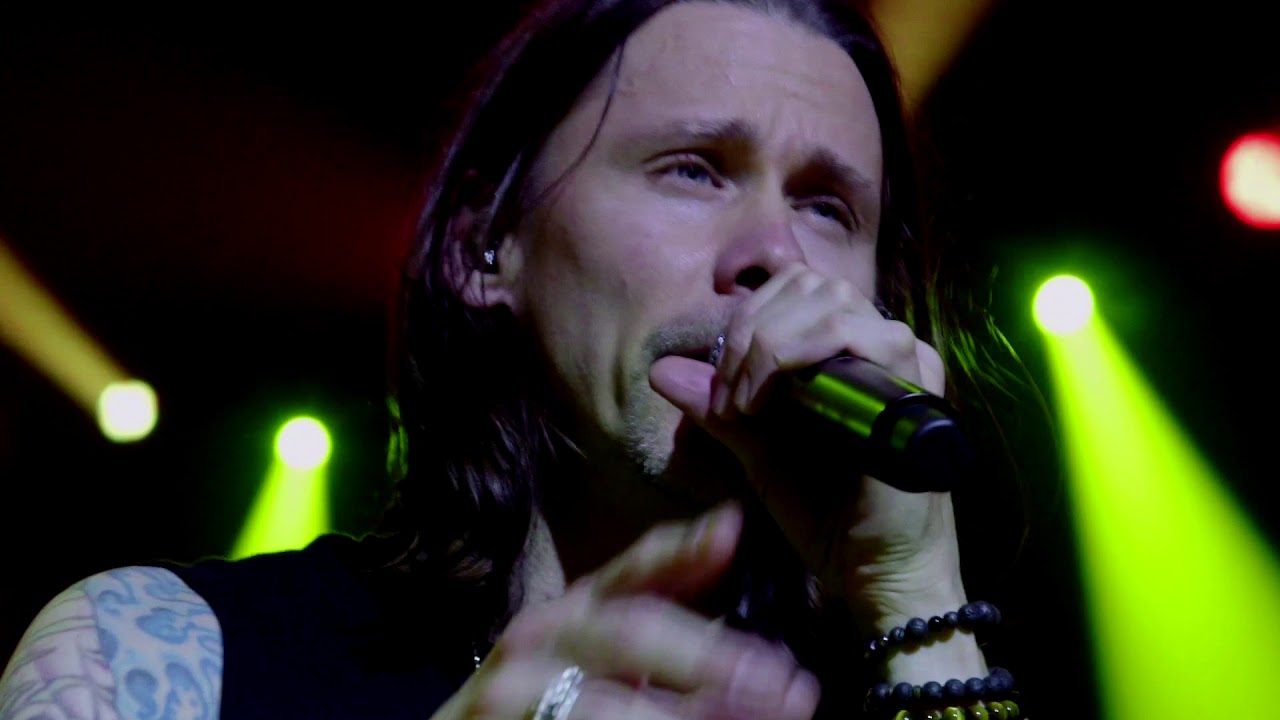 On the video for “Driving Rain”, which features puppets

“Driving Rain”, as a song, as far as the subject of the lyrics, it’s a pretty dark song. And it has to do with drug abuse and and a relationship gone awry and stuff like that. And so when I started looking around for treatments for that song, everything came in very dramatic, very MTV f*cking fire and brimstone, slow motion. It’s an uptempo song. The subject matter might be slightly morose, but it’s still a fun song.

So I thought if we could do something animated, and I went to some people I know at Stoopid Buddy, which are the guys who do a lot of the different sort of animated commercials and Adult Swim’s Robot Chicken, stuff like that. So, I called him up and I said, “I’m trying to do this video and I’m trying to get away from it being too heavy and too dark and I want to do something animated, but I don’t have much of a budget.” And so we ended up coming up with these puppets, and it was just very tongue-in-cheek, but the subject was is intact and I think it was a lot of fun.

On what a Slash Ft. Myles Kennedy and The Conspirators show is like for fans who’ve never seen them

It’s a stripped down, pretty much guitar-driven rock ‘n’ roll band. Everything is actually played. There’s no taping of anything and it’s very high energy, pretty relentless. It goes for about two hours and it doesn’t let up until it’s done. And, we’re playing theaters and clubs and arenas all over the place. But it’s a lot of fun. The songs are cool and it’s hard for me to describe much more than that. But it’s a really good band — definitely an awesome bunch of players and it’s genuine.

I just focus on what I’m doing at the time. So, in other words, if I’m working with the Conspirators and I’m writing new music, then I’m working on Conspirators music, especially because we do all our writing on the road, and then we go off the road and we go in the studio and record it. So that’s what I’ve been writing for, as of late. And then when Guns starts, which it’s about to, then I just focus on Guns-oriented stuff. 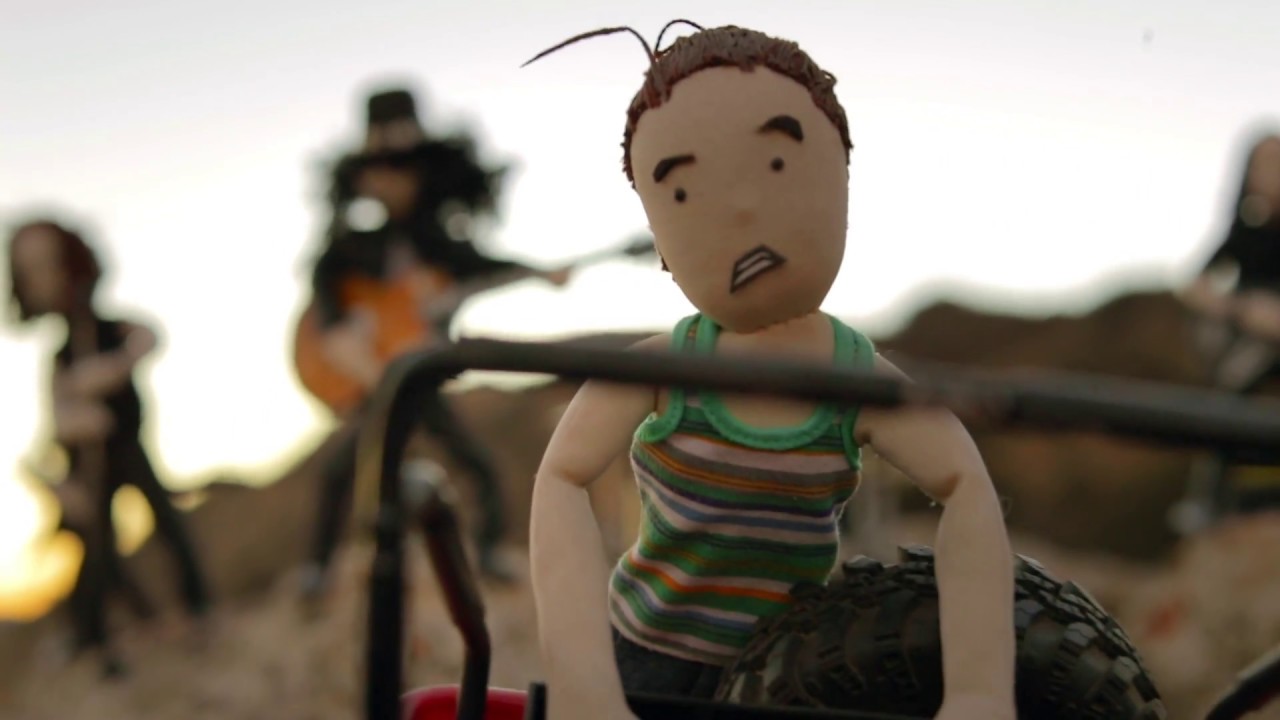 I actually didn’t have any expectations. My biggest concern was the band itself. Obviously, having patched things up with Axl was a huge thing. I mean that was like a way bigger priority than how successful the tour was going to be. And then we got into it initially with like four or five shows in mind, and see if we could survive that. So then it started to snowball — no one knew what the anticipation level of those first five shows was gonna be until we did them. And it just went from there.

So, I didn’t have a lot of lofty ideas of how successful it was going to be, and it didn’t really matter. Really, what it came down to, it was more fun just to be with the guys and just to do it, and the fans were unreal. That was really what it was all about for me. Now, at this time, in hindsight, to say that it was one of the most successful tours [of all time] — that’s obviously very humbling, and you feel very grateful to have been appreciated to that extent.

There’s a handful of gigs that are happening at the very end of September and through October, so [Louder Than Life is] just one of them. And then it’s really just focusing on getting a new record done. 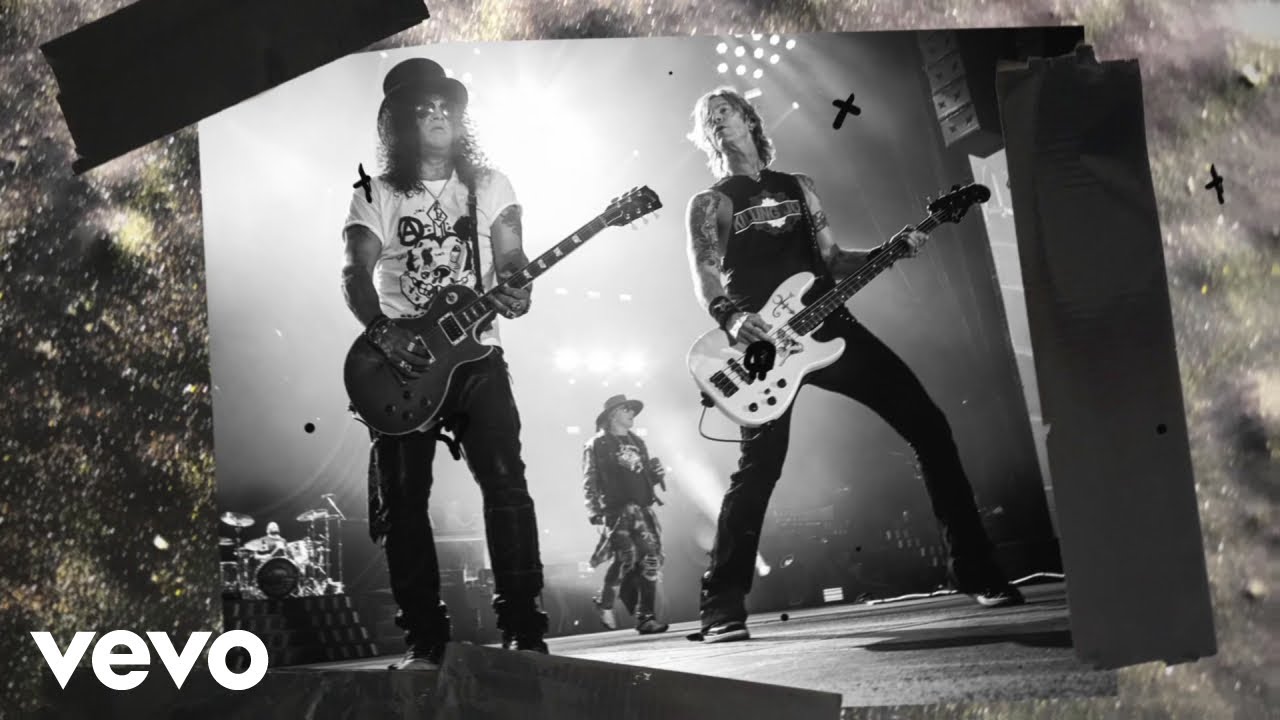 Where do I start? AC/DC is bar none, with the exception of the [Rolling] Stones, the greatest rock ‘n’ roll band ever. The Stones will always come first for me and then AC/DC. There are no other bands that actually play that brand of really ’50s-influenced straight-up rock ‘n’ roll like AC/DC. I love them for that. I think Phil Rudd is one of the best drummers of all time. So anytime he was not in the band, I was always disappointed. But it’s great that Cliff [Williams is] going to be back because I remember being backstage with those guys at the end of the last tour and him saying that he was gone and that he was retired. So it’s great that everybody’s back, but it’s especially awesome that Brian [Johnson] is back.

On being a horror film fan and what he thought of Jordan Peele’s latest movie, Us

I’ve seen it twice. I know that it gets a lot of mixed reviews, but I just thought the concept was so f*cking original and that in itself was brilliant. And I thought [Lupita Nyong’o] was f*cking phenomenal. Some of it was pretty silly, but I went along with it. I thought the third act was f*cking awesome, man. So, I dug it.

On his own production company, Slasher Films

I’ve got a bunch of stuff that’s all in different forms of development, different stages of development. I got a couple [projects] that are actually signed, and I’ve got deals on that are about to go into production pretty soon. It’s a very slow process, and you always have your foot in your mouth if you start talking out of turn about shit that you got coming out. Unless there’s a release date, keep your mouth shut. But anyway, it’s all going on, so I’m looking forward to getting the next one out.

Our thanks to Slash for taking the time to speak with us. Pick up the latest Slash Ft. Myles Kennedy and The Conspirators album, Living the Dream, at this location, and see their upcoming tour dates here. 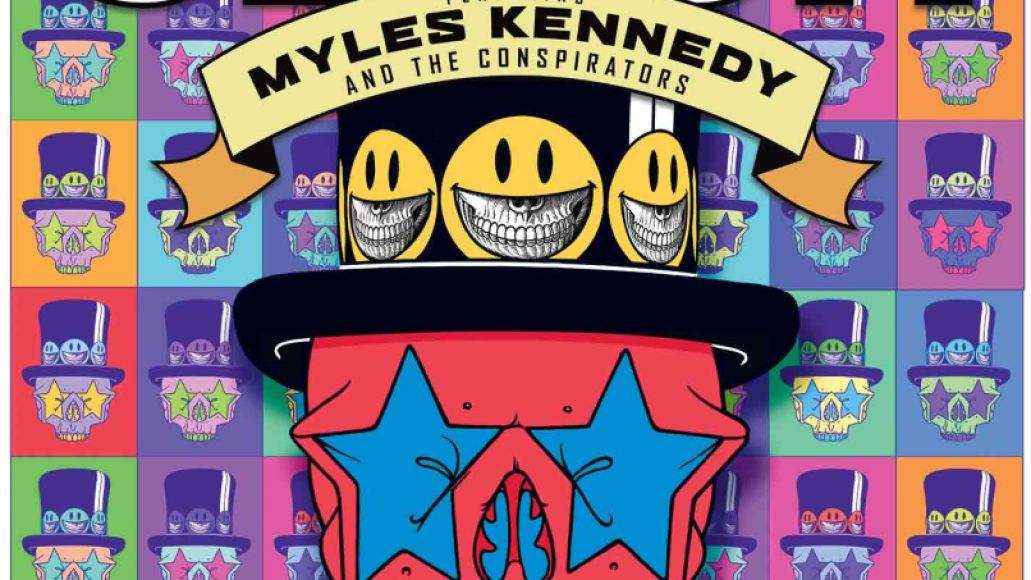 Slash on The Conspirators, Guns N' Roses' Future, and the Apparent Return of AC/DC