A couple of veteran California-based punk-rock acts will hit the road together for a late summer North American trek, as Social Distortion and Flogging Molly will embark on a co-headlining tour. Along for the ride will be The Devil Makes Three and Le Butcherettes.

The trek kicks off August 13th in Irving, Texas, and runs through a September 29th show in Mesa, Arizona. Tickets for the tour go on sale to the general public Friday (April 26th) at this location, with special pre-sales starting as early as tomorrow. Once shows sell out, tickets will also be available at StubHub.

Social Distortion are celebrating 40 years as a band, having formed in 1979, with frontman Mike Ness as the one constant member throughout the run. When we asked Ness last year about 2019 marking the band’s 40th anniversary, he told us, “Well, I didn’t think I was gonna live this long, for one, but I was one of those guys who wanted to be a rock star since I was 5 years old, so I wanted the band to become successful, even when it wasn’t considered cool to be successful, in punk rock.”

It’s been eight years since Social D released a new album, 2011’s Hard Times and Nursery Rhymes, and Ness told us that he was set to be in pre-production on a new LP the first few months of this year. However, he added that a 2019 release “would be nice, for sure, but I don’t want to just rush a record to meet a deadline. This record is really important for our career. I want to make a f*ckin’ statement. I want to write the record of my career.”

Meanwhile, Flogging Molly most recently delivered their brand of Celtic punk on 2017’s Life Is Good, and have been touring behind their sixth album ever since. The band previously announced the 2019 edition of their Salty Dog Cruise, which also features Frank Turner, Pennywise, Stiff Little Fingers, and others. The punk-fueled boat trip will set sail from Fort Lauderdale, Florida, on November 8th.

* = no The Devil Makes Three 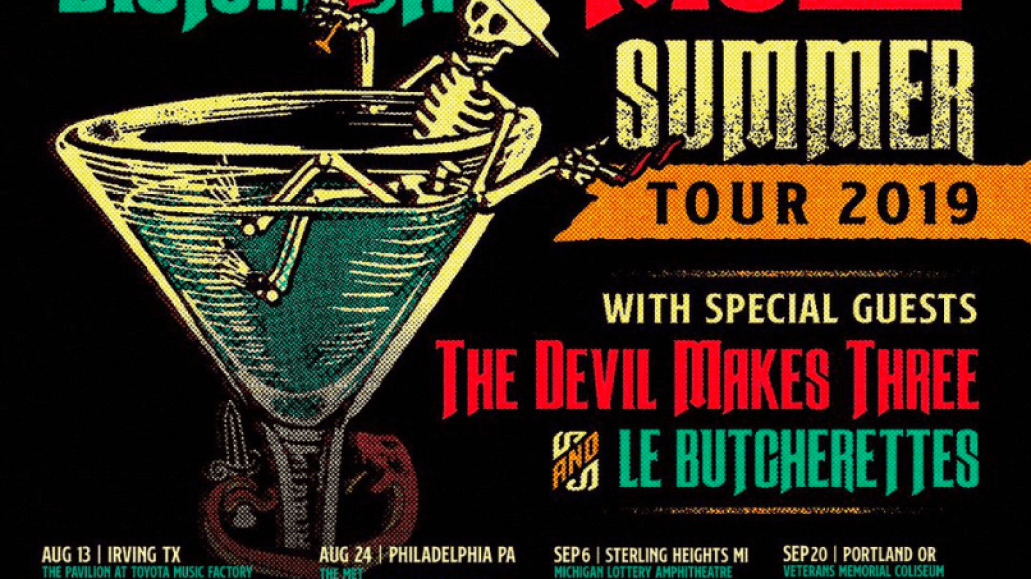