Spanish singer Rosalía stunned the world last year with her second album, El Mal Querer, based on the 13th century Occitan romance Flamenca. The sophomore effort brought in influences from experimental pop, flamenco, and hip-hop, all blended together into a half-hour-long power opus spent navigating a toxic relationship. Channeling all of this into a concept album based on an ancient text was only one of the record’s elements that caught the world’s attention, bolstered by Rosalía’s towering talent as a vocalist and producer. 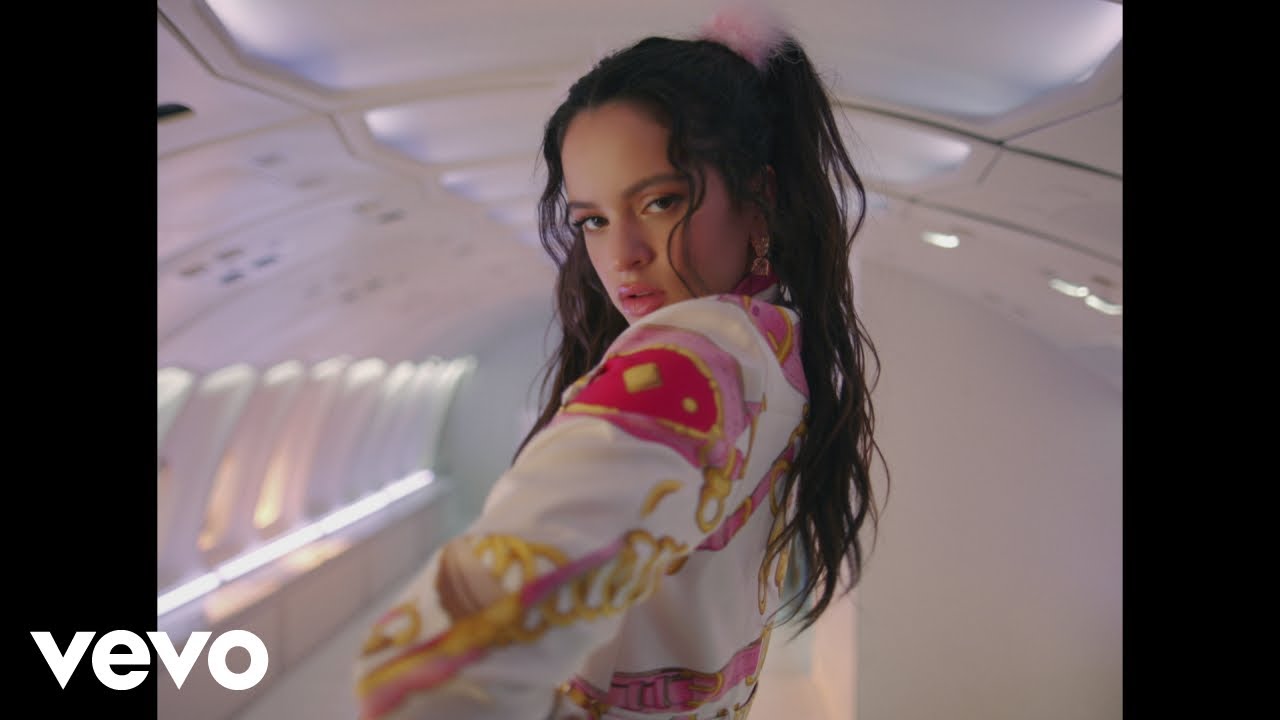 “Con Altura” is her first single since the release of El Mal Querer, and it finds her coming back faster, stronger, and sharper than ever before, flanked by Colombian reggaeton singer J Balvin and Spanish pop musician El Guincho. The track quickly builds from its beginning, a fast-paced but focused verse honed in on Rosalía, blooming into a successful pop track that winsomely rotates between its three more than capable stars. You can hear the collaboration between the trio operating in real time, bubbling back and forth with a persistent beat and a rhythm that feels impressive but never competitive, particularly as the track nears its climax. The cover of El Mal Querer sets Rosalía up as a goddess figure, floating atop a cloud and lifting her hands to the heavens, surrounded by a doubled halo of light and sky. In “Con Altura”, she’s only reaching higher — and she’s succeeding.

Kelsey Lu brings her own sensibilities to the singer-songwriter art form, a practice for which the listener is especially grateful on latest single “Blood”. She spools the listener in with a series of repeated questions: “Who’s fed enough? Who’s fed enough?/ Who’s left to trust? Who’s left to trust?” Her ultimate affirmations that “love falls on us” and “jazz ain’t dead, it’s in us all” arrive through a stained-glass lens of understated violins and strong, informed, breathtaking vocal power. –Laura Dzubay

A rapid beat this fun and full of delight can be enjoyed from sunrise to sunset. At over seven minutes, Holy Ghost! stays strong over shiny keys and energetic disco vibes that never seem to go off subject. Easily taking on a more clean groove, all the components of the song stay profound, even at its most wild, which can be refreshing when jamming out to it. –Brad Dountz

Cage the Elephant and Beck, a match made in heaven. “Night Running” finds the former with a firm foundation in badass rock, and the latter with a rich variety of experimental experience and a recent pop phase to round out — and you can bet they’re making use of these talents across the board. “Night Running” paints a picture of “a world of secrets and demons and people hiding from the sun,” and the way they make that world sound, it’s hard not to want to join them there. –Laura Dzubay

Mac DeMarco – “All of Our Yesterdays”

The perennial slacker rocker goes on another nostalgic outing that reminds you of the homespun sound of The Grateful Dead. DeMarco aims for a more epic chorus that goes well beyond any easy-listening motifs. Age has made DeMarco a hopeless romantic for what the past brings, but his disciplined musical direction can make anyone excited for what happens next. –Brad Dountz

JPEGMAFIA and Eyas – “The Who”

JPEGMAFIA weaves together synth-rap and chiming vocals in this untraditional hip-hop track, addressing fame, loneliness, self-sufficiency, and selling out (like The Who, which he references in the chorus). Eyas’ feature brings a surprising softness to the song, which blends seamlessly with JPEGMAFIA’s ruminative rap. The artist is a master of selective sampling and thoughtful experimentation, and he proves it yet again in “The Who”. –Laura Dzubay

Wild piano and an irregular beat throws you off and robs you in quick succession on this scrappy good time. slowthai’s manic sampling goes on like a jumbled UK monologue lending the song to feel a bit off. Donning a reggae attitude, slowthai is hellbent on showing his dirty lifestyle in his own idiosyncratic way. –Brad Dountz 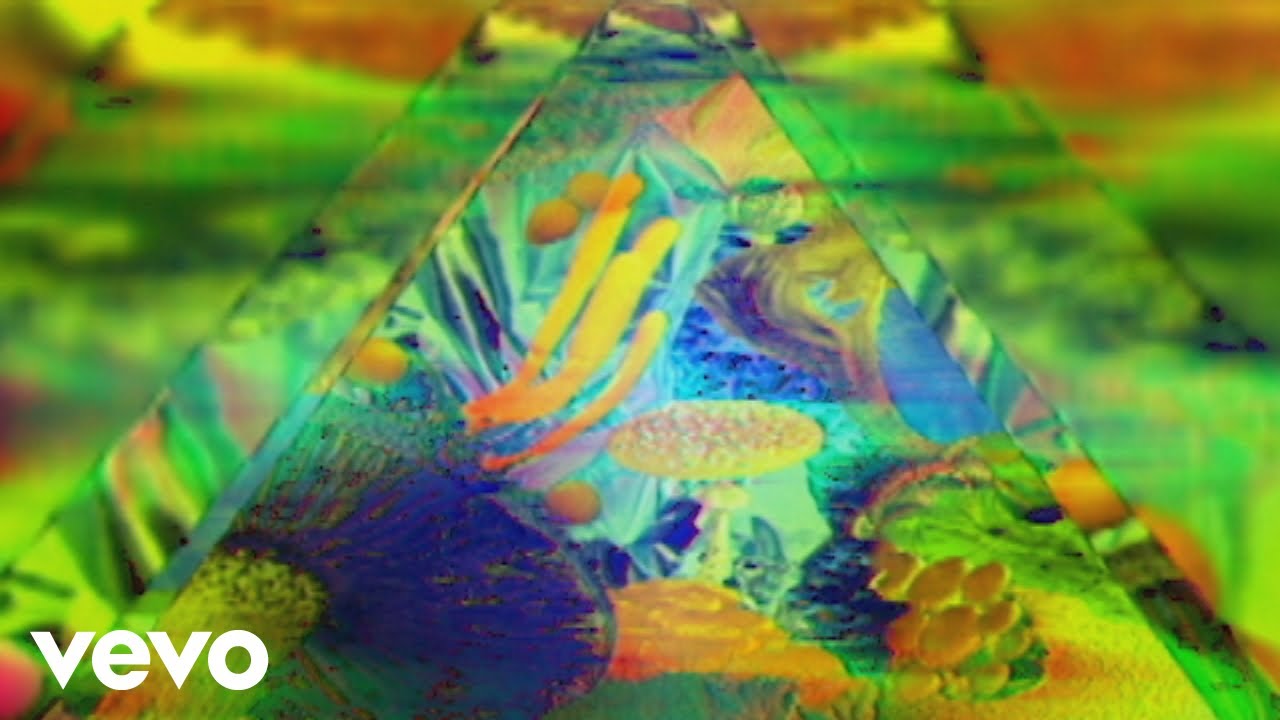 It’s kind of a tired, and sometimes, trend to describe a group’s latest output as “a combination of everything that’s come before.” That certainly wasn’t the case of many tracks off of 2015’s Strangers to Ourselves, but on “Poison the Well”, Modest Mouse combine some punkier beats that could’ve been on The Lonesome Crowded West and the production and melody of their most recent offerings. –Parker Reed

This punky cut from Titus Andronicus is, well, a rebellious anthem with some summer-y guitars laying on top of the whole track. While there are some good lyrics in here, it’s clear by the mixing and delivery of the words that it’s more about a vibe on “(I Blame) Society”. It’s all capped off with some deliberately out-of-tune vocals that add even more to the attitude. –Parker Reed

Hatchie – “Stay with Me”

Australian singer-songwriter Hatchie delivers a delightfully euphoric piece of pop with “Stay with Me”. A great use of guitar towards the beginning of the song leads a steady growth that explodes halfway through with some addictive drum work. It’s as if you came out of a tunnel to be exposed to a wide-reaching sunset. It’s as pleasant to the ear as that is to the eye. –Parker Reed

Song of the Week: Rosalía Reaches Even Higher Ground on "Con Altura"