When I got my first school-issued email, I used it, as many girls do, to flirtatiously email boys.

The only difference was that I was using my access to the burgeoning information super highway to email Moltar, the oft put-upon director of Space Ghost Coast to Coast, who spent his days in a lava cave watching CHiPS  reruns and patching in guests to the main floor monitors to be interrogated by Space Ghost, former super hero turned talk show host. I know it was him. It was his official email, on the official Cartoon Network website. I asked him to prom. He said, yes. He even invited me to his lava cave to watch CHiPS when I asked, but I couldn’t even drive yet, so space travel was out of the question. He was a nice guy, that Moltar.

It’s difficult to remember a time without adult-oriented animation, but MTV found success with Aeon Flux (1991) and Beavis and Butthead (1992). At Cartoon Network, which was then using classic cartoons for its child-aimed programming blocks, producer Mike Lazzo was asked by executives to create a cartoon that would appeal to adults. With Andy Merrill, who would go on to voice Brak and other guests, and Jay Edwards, Lazzo came up with the “Coast to Coast” moniker from an early discussion in trying to rhyme words with “Ghost” to create a marathon of the original Hanna-Barbera cartoon for the network.

Space Ghost Coast to Coast, the first original series on Cartoon Network, premiered April 15, 1994, and ran five years before ending on December 17, 1999.  It was revived for the newly created Adult Swim block, with new episodes produced until April 12, 2004.

Like all of the best TV shows — Mystery Science Theatre 3000, anything on Manhattan Neighborhood Network — Space Ghost was one of those strange insomniatic discoveries that must have, at the time, felt like a fever dream. For a scant 15 minutes, Space Ghost, now worn-out and snarky, harassed and hassled guests ranging from Björk to Timothy Leary to Ben Stiller. My Man Moltar ran things in the control room, and Zorak, now confined to a prison pod with a keyboard, played the guests in with his band, the original Way Outs. The programming was sporadic; it might be on Friday night or it might not. What you were sure you could show a friend to prove you weren’t rambling mad might instead be an infomercial or another Hanna-Barbera rerun. Did I imagine that Space Ghost hosted a talk show?

For a time, the interviews were recorded with other, more normal questions, and Space Ghost’s questions were built around those in order to create a marvelously distorted conversation. He falls in love with Judy Tenuta and marries Bjork. The Ramones steal his party cake. He and George Clinton debate hoods and the “Dance of Sadness”, and he lays down perhaps the greatest comeback of all time, “Nobody cares, Moby” on the house music sensation.

Mystery Science Theater 3000 creator Joel Hodgeson appeared as a guest and, following his departure from the show, co-wrote the episode “Urges”. And not to be forgotten, his old crime-fighting pals Jan, Jace, and Blip come by for a few episodes. Later, former villain Brak was added to the cast, and early episodes feature Brak and his twin brother, Sisto, doing a Beavis and Butthead-style mockery of Space Ghost from their own living room.

In 1995, Space Ghost got a second show, a variety show called Cartoon Planet, a candy-colored hallucinogen wrapped around classic cartoons, re-dubbed educational shorts, and a series of skits including “Brak’s School Daze” and “Zorak’s Horror Scopes”. Moltar was not roped into performing for the cameras although it can be assumed that he was producing from the lava cave.

Cartoon Planet also notably featured songs performed by the cast, including the “Cartoon Planet Theme Song”, “Brak’s Hawaiian Vacation”, and “It’s Not Easy Being Evil”. Two soundtrack albums were produced by Rhino Records, Space Ghost’s Surf & Turf and Space Ghost’s Musical Bar-B-Que. But due to the clips, licensing issues have plagued the show, and there is currently no plans to release it on DVD.

And fellow villain Brak finally got his own show, The Brak Show, in 2000, which featured the childlike Brak, along with his best friend Zorak, living a teenage life in a strange suburbia. Moltar had his own post-Ghost career as the host of Cartoon Planet’s Toonami anime block until 1999.

For a socially uninterested 15-year-old, a typical Friday night was Talk Soup (John Henson was the host; my sister Hilary and I fought over who he was going to marry. Please don’t tell Moltar.) followed by Cartoon Planet and then Space Ghost Coast to Coast, then up in the morning for MST3K.  Like many TV shows of that era, it created a fan base that felt exclusive; quotes became a code for being a nerd-in-the-know. 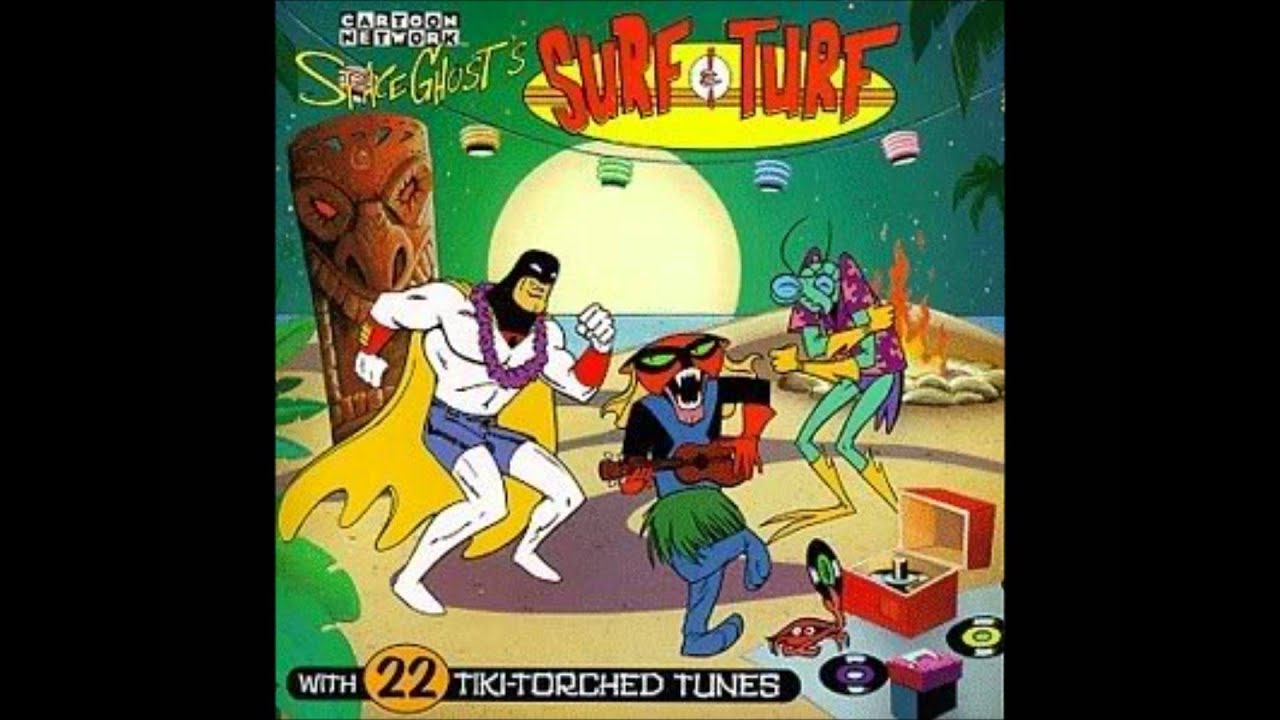 But the sheer success of SGC2C was wildly unexpected and paved the way for the sort of surreal adult animation programming that became Cartoon Network’s Adult Swim block. Master Shake, Frylock and Meatwad of Aqua Teen Hunger Force made their first appearance in “Baffler Meal” as mascots from the fictional fast food franchise “Burger Trench”, tasked with defeating hunger in teens. Out of all the characters that appeared on Space Ghost — Chad Ghost, Lokar, Banjo the giant Sea Monkey — these three captured the (likely stoned) audience’s affections, and with a redesign and a house in south New Jersey, Aqua Teen Hunger Force debuted in December 2000 and ran until 2015, one of the network’s longest-running original programs.

Similarly, the late-career success of their friend Tad Ghostal inspired other former superheroes to put their tights and masks back on in their second career, including Harvey Birdman, Attorney at Law and Sealab 2021, which both used classic Hanna-Barbera animation characters in modern, bizarre settings.

Sadly, by the time prom came around, Moltar and I had amicably parted ways. But like most nerds whose teenage years peaked in the late ’90s, my friends and I still quote Space Ghost Coast to Coast. And sadly, C. Martin Croker, who voiced Moltar and Zorak, died abruptly on September 17, 2016, at age 54. No cause for his death was given, but the following week, at the beginning of Toonami, host T.O.M (voiced by Steve Blum) received a transmission saying that Moltar would be returning to his home planet, followed by a photo of Croker, captioned 1962-2016. 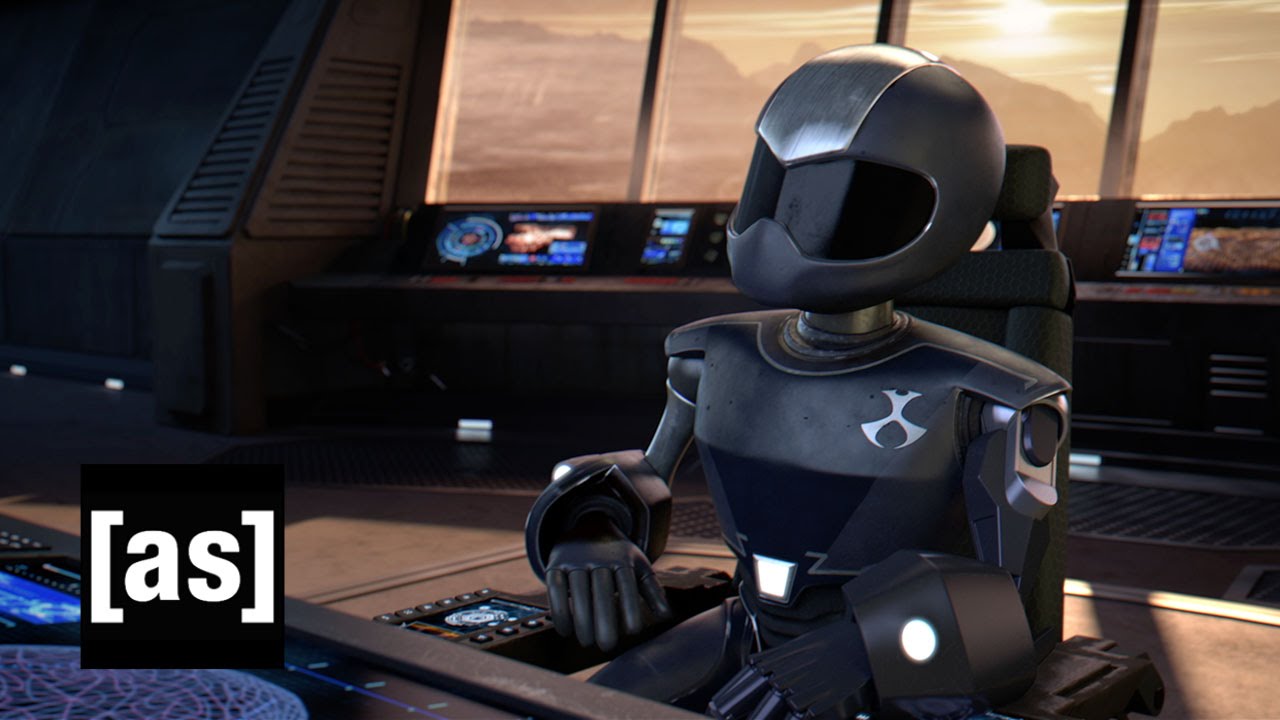 Space Ghost was weird for the sake of being weird, but unlike later adult animation like Family Guy, it was never cruel or crude. It could be enjoyed by kids as much as their parents, finding its sweet spot among the late teens-early 20s college set for which it served as a sort of secret club. If you missed it, there was no YouTube to find it on, and it would be years before you might swap downloads on Limewire or Kaaza, instead taping the odd episode on a blank VHS to show to friends who hadn’t yet discovered the glories. You had your favorite episodes and ones you wouldn’t see until the DVD release. Following Croker’s death, Cartoon Network made all the episodes available for free on their website, and I was surprised by how many I remembered.

Like The Simpsons before it, Space Ghost Coast to Coast celebrated animation as an art form for all, lifting it out of the realm of childhood but without ever making it adults-only. It was a haven for weirdos and night owls, a perfect storm of late-’90s sarcasm, twisted nostalgia, and surrealist delights.

As for me and Moltar, well, we’ll always have CHiPS.