The Lowdown: Ten years after their last album, 2009’s Liebe ist für alle da, and 25 years into their career, German industrial metal powerhouses Rammstein are back with their untitled seventh album. Despite being one of heavy music’s biggest and most dynamic live acts, that same fan devotion has never quite translated to the band’s recording career. Ask an average rock fan to name a few Rammstein songs, and most would likely get stuck at “Du Hast”.

As guitarist Richard Kruspe told us, part of his motivation heading into the new album was to “balance the popularity of the band as a live act with the actual music”, explaining, “With Rammstein, people tend to talk about the fire and all the live stuff. I thought, ‘I don’t want to be another KISS,’ where people talk about makeup and stuff like that and no one talks about the music.”

The Good: After a 10-year recording absence, it was imperative that Rammstein come out swinging, and they do just that with the album’s first single and leadoff track “Deutschland”, a powerful love-hate ode to Germany and its controversial history — complete with an intoxicating guitar riff and chant-along chorus. The track “Zeig Dich” is another standout, packing metal muscle in its guitars, along with a dynamic vocal choir. 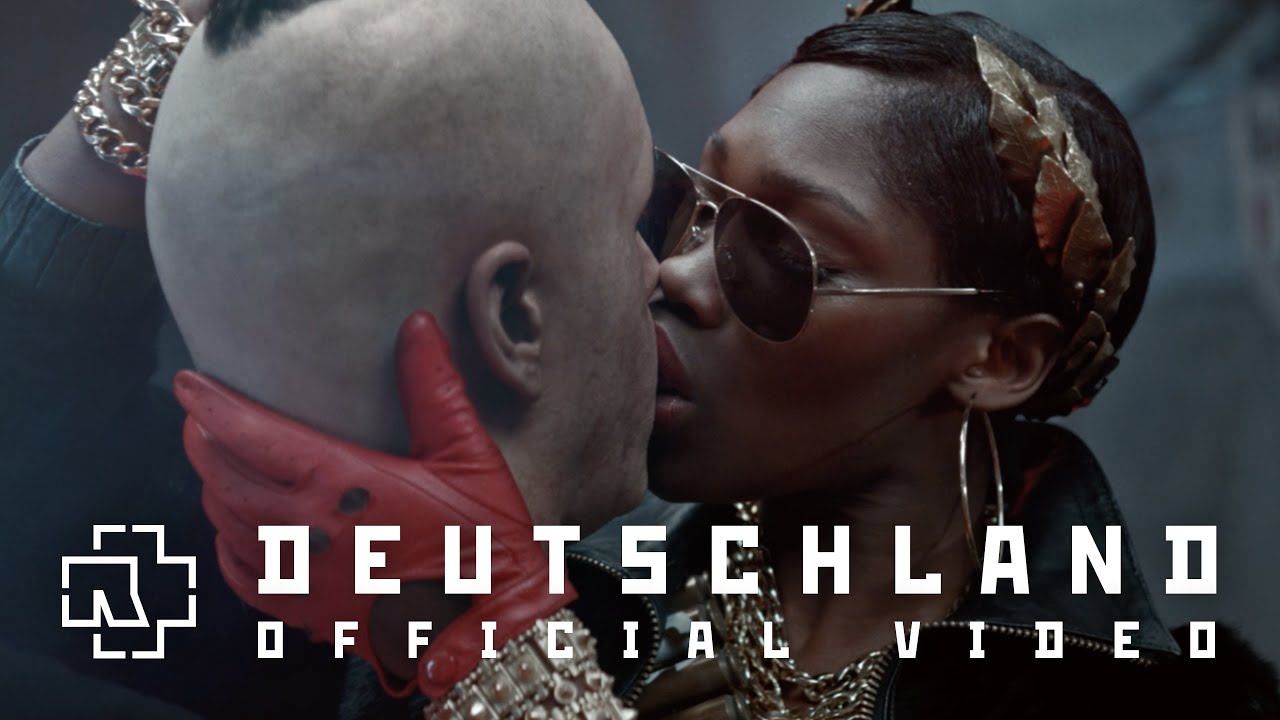 Elsewhere, the band explores its more techo-industrial side on tracks like “Radio” and “Ausländer”, songs that would sound as much at home at a dance club as they would in an arena. Singer Till Lindemann provides a strong presence throughout the album, with the dichotomy of his talking verses and anthemic choruses adding an elevated element of drama to the band’s already cinematic sound. Credit should also go to Kruspe, who released two very strong LPs with his band Emigrate during Rammstein’s recording absence, and has brought some of the musical diversity he explored in that project to this album.

The Bad: While there is no glaring weakness in the band’s seventh studio album, fans of Rammstein’s heavier output may be left wanting more metal and less dance-friendly industrial. The album could benefit from more tracks like the aforementioned “Zeig Dich” and the even heavier “Tattoo” to counter the slow-tempo balladry of songs like “Was Ich Liebe” and “Diamant”. Additionally, Lindemann’s talking verses could feel somewhat redundant throughout, perhaps leaving the listener wishing the frontman would display his deep and powerful singing voice a bit more beyond the choruses.

The Verdict: Rammstein’s untitled seventh studio album marks a triumphant return, and lives up to Kruspe’s desire to present the band beyond its reputation as a magnificent live act. There is a key focus on melody amid the grandeur and forcefulness of the music, along with thought-provoking lyrics (translated from German) that deal with pain, passion, controversy, and sensuality.