Brandi Carlile will host her second Girls Just Wanna Weekend destination festival next winter at the Hard Rock Hotel in Riviera Maya, Mexico. With the event set to take place January 29th through February 2nd, 2020, the all female-fronted lineup has today been announced.

In addition to three performances from the By the Way, I Forgive You Grammy-winner, GJWW will feature Sheryl Crow, Lake Street Dive, Patty Griffin, Lucius, KT Tunstall, Jade Bird, Amanda Shires, Yola, and a comedy set from Wanda Sykes. Special guests who will appear throughout the weekend include Ruby Amanfu, Katie Herzi, and Natalie Hemby.

Tickets are all-inclusive, meaning you get a room at the Hard Rock, food, drink, and of course access to the concert. Fans who attended 2018’s fest already have been given their shot at tickets and rooms during a returning guests pre-sale; remaining rooms will be available beginning May 10th at 12:00 p.m. ET via the Girls Just Wanna Weekend website.

Carlile, meanwhile, has a score of shows scheduled for 2019, including spots at Bonnaroo and Boston Calling, gigs with Lucius and Jason Isbell, and a special full-album performance of Jon Mitchell’s classic Blue set for October 14th at Los Angeles’ Walt Disney Concert Hall. Find tickets to all her upcoming concerts here. 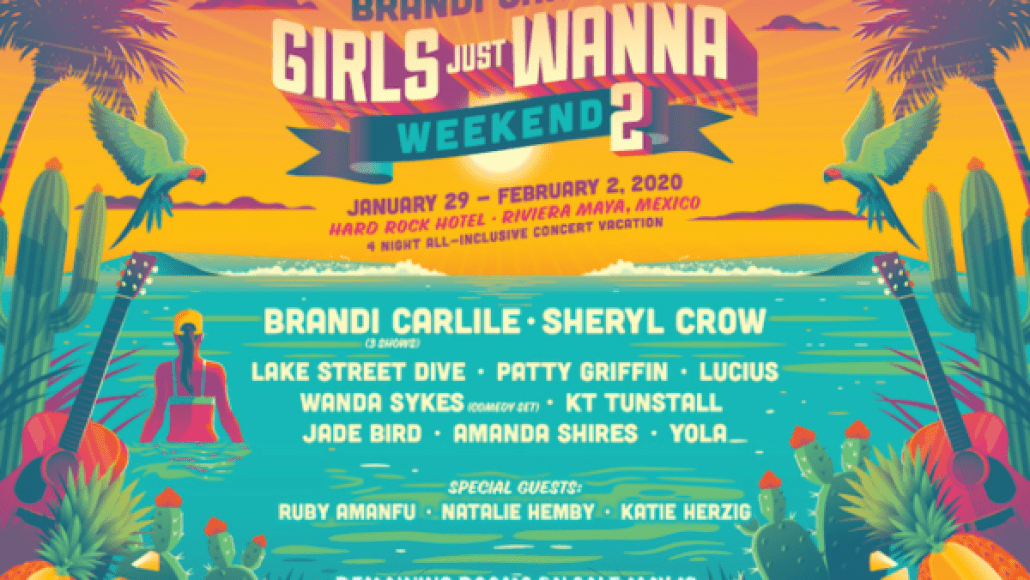