Charli XCX celebrated the launch of Spice Girls’ reunion tour by performing a live cover of “Wannabe” at BBC Radio 1’s Big Weekend last Saturday. Now, a studio version of that rendition has been officially released along with a music video.

Dubbed “Spicy”, the dancehall-infused rework is a collaboration between Charli XCX and Diplo, with added contributions from French producer Herve Pagez. Charli XCX previously got nostalgic with Troye Sivan on “1999”, a song dedicated entirely to the ’90s, so it seemed only a matter of time before she took on Scary, Baby, Posh, Sporty, and Ginger.

The visual, meanwhile, sees Charli XCX and Diplo set in an alternate reality that combines the future and… Lisa Frank? All you really need to know is that they ride and dance with multicolored dolphins while UFOs casually fly by.

Check out the insane “Spicy” music video below. 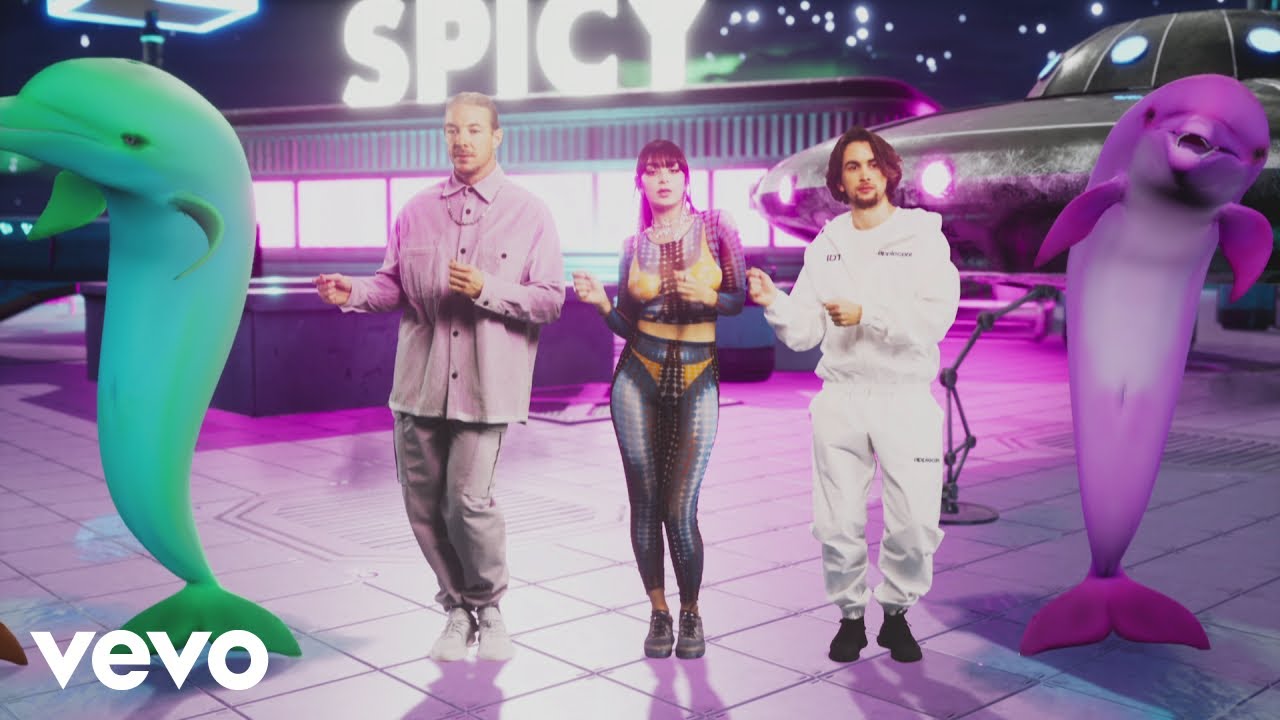 looked up to the pop gods & they said “Charli – you’re the chosen one: honor the spice girls’ return with a mind blowing version of one of their iconic smash hits” & I said “k no probs hun I got this” 💅🏼so I called @diplo & @hervepagez & SPICY was born. NEW SONG DROPS THURSDAY. pic.twitter.com/txnZkASyAZ

Charli XCX is expected to release a new album sometime this year. She recently joined Lizzo on “Blame It on Your Love”. Earlier this month, Diplo made a cameo in the music video for Lil Nas X and Billy Ray Cyrus’ “Old Town Road”.

Charli XCX and Diplo ride dolphins in the bonkers video for "Spicy": Watch